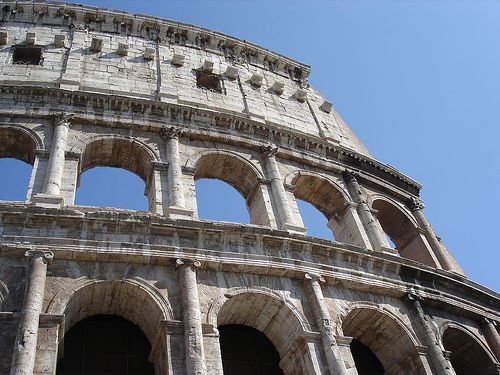 Italian centre-left leader Matteo Renzi called on Thursday (2 January) for swift reform of an electoral system blamed for the country's bouts of political deadlock and said he expected an agreement could be completed within weeks.

Renzi is not in the government but as head of the Democratic Party, the biggest party in Prime Minister Enrico Letta's left-right coalition, he will have a decisive role to play in shaping the agenda and has already called for quicker action on reforms.

Earlier on Thursday, Renzi suggested that moves to fix the economy and political system might lead to an easing of European Union deficit limits that have forced austerity measures on a resentful Italian public already coping with a long recession.

Electoral reform has been one of the thorniest issues facing the coalition, formed after an inconclusive election last year prevented any side from forming a government on its own.

It has been seen as a vital requirement if Italy is to elect a government capable of taking clear choices and pushing through reforms but agreement has long been held up by party bickering.

The current system, which has been overturned in part by the Constitutional Court, makes it difficult for any party to form a stable majority in the two houses of parliament. It also gives voters no say over their individual representatives, who are appointed to fixed electoral lists by party bosses.

Renzi proposed three different models which he said could be the basis of discussion, adding that all three proposals would give voters a clear choice and do away with the need for parties to cobble together ad-hoc coalitions to form a government.

"It has to be clear who has won on the day of the election. Whoever wins has to be in government for five years without any fudges or grand coalitions, and it has to possible to change governments," he said at an event in Florence.

"The cards are on the table. We can wrap it up in two weeks or a month if the will is there."

One model would divide the country into 118 constituencies each electing four to five deputies, with the largest party taking a premium of 15 percent.

A second would be based on a reworked version of the previous electoral law, with three quarters of deputies elected directly and the remainder divided between the largest party, which would take a 15% winner's bonus, and a 10% slice reserved for some smaller parties.

Finally, a third version would include a French-style two round system with a run-off vote, along the lines of the model already used in mayoral elections in large Italian towns.

Under Renzi's proposals, the Senate would lose its status as a chamber with equal powers to the lower house and become an assembly for local politicians including regional presidents and the mayors of big towns and cities.

Doubt over the status of the electoral law has dampened speculation over a possible early return to the polls and it was not clear how quickly the other parties would be willing to move or whether a change made new elections more or less likely.

Angelino Alfano, head of the small centre-right group in Letta's coalition, welcomed the proposals and said he favoured the two round system used in mayoral elections.

"The structure is clear and it works. There's not much need for more talking," he said in comments which suggested that the coalition partners at least should be able to reach an accord.

Change could open door to relaxation on deficit rule

Silvio Berlusconi, head of the centre-right Forza Italia party which pulled out of Letta's government last year and who has been pushing for an early election, welcomed the proposals "among which there is certainly a reasonable solution".

All parties have pressed for a reform of the electoral law for years but agreement has been blocked by fears that any change could favour an opposing party. However pressure for change has grown and Letta has promised a new law in time for the European parliamentary elections in May.

Separately, Renzi said Italy could negotiate a relaxation of European Union deficit limits if it shows it is serious about effective reforms to its economy and political system.

"If there's a leadership with a vision, I can't see a problem with passing the deficit ceiling, although we'd have to have a battle to change the rules," he told the daily Fatto Quotidiano in an interview published on Thursday.

May 2014: Italian Prime Minister Letta has pledged electoral reform by this date