Who are Europe’s most dangerous politicians? 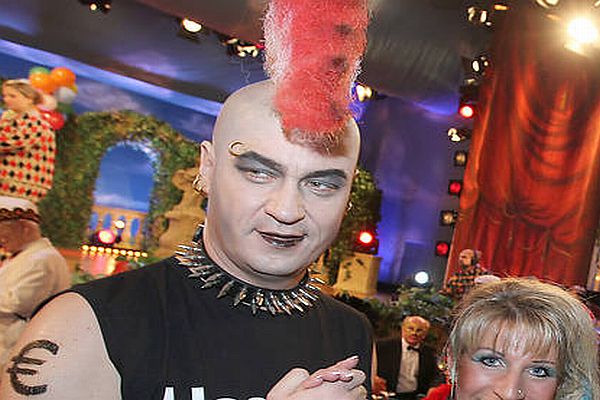 In a commentary published today (8 August), the German magazine Spiegel identifies the ten most aggressive politicians, who are fanning the flames on the euro crisis.

From Silvio Berlusconi to Marine Le Pen, some EU politicians “resort to cheap populism in order to rack up domestic political point” and are “grossly oversimplifying the situation, and … intensifying the euro crisis.”

Alexis Tsipras, the leader of Greece’s Syriza party has been highlighted as the ‘most dangerous man in Europe’, for his efforts to pressure governments into abandoning austerity measures.

Also on the list is Markus Soder, the Bavarian finance minister, who said this week that “Athens must become an example demonstrating that this euro zone also has teeth,” and that “Greece should leave the euro zone by the end of the year.” Like Soder, Timo Soini, a Finnish MEP wants aid to Greece to stop.

Both the Italian Silvio Berlusconi, and the French Marine Le Pen,  among others, are listed for campaigning for returning to national currencies. Berlusconi-owned newspaper Il Giornale raised up a storm last week when they captioned a picture of Angel Merkel with “Fourth Reich”.

Le Pen, along with Heinz-Christian Strache, head of the Austrian Freedom Party, make the list partially because of their dangerous hyperbole. Le Pen stated recently that “the European Commission is in the final stages of creating a European Soviet Union,” while Strache noted that the “[ESM] will destroy not only our state, but also our democracy and constitution.”

Another populist to make the cut is Nigel Farage, the prolific leader of the UK’s Independence Party, who famously described Council president Herman Van Rompuy as having “the charisma of a damp rag”.

Calling Geert Wilders, head of the Dutch Freedom Party, “the role model for many populists”, the Spiegel suggests that he has been turning to anti-EU sentiment to gain ground in the polls.

In a publicity stunt last year, he presented a large drachma note to the Greek embassy. Like Berlusconi and Le Pen, he is calling for a return of the national currency, the Dutch guilder.

Finishing up the hall of infamy is Hungarian Prime Minister Viktor Orbán. He is alleged to have curbed democratic freedoms by imposing a restrictive media law and a new constitution, leading the European Commission to threaten to block subsidies. In response, some laws were modified, but Orbán claimed that “Hungary has prevailed”.

On the group of politicians as a whole, the Spiegel stressed that “they are playing with fire and they could threaten the entire European project. They are fueling, both directly and indirectly, stereotypes and resentments.”

The Spiegel accused them of doing so only to attract voters for their own gain and said that “all of this comes at the expense of a united Europe.”

13 responses to “Who are Europe’s most dangerous politicians?”