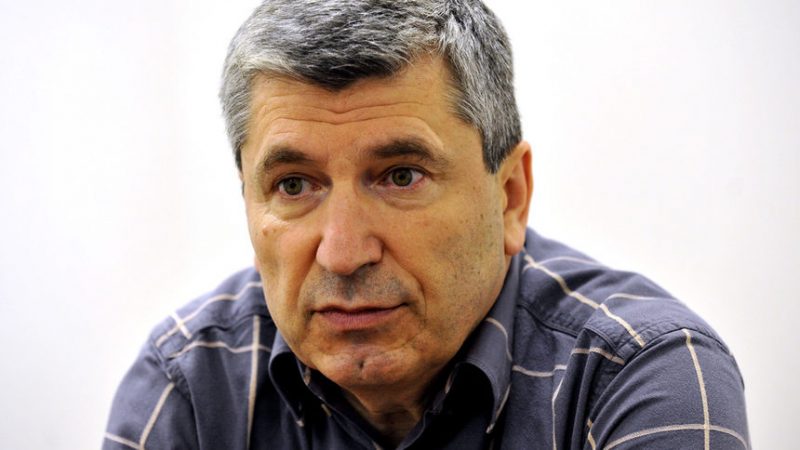 In an exclusive interview, Ilian Vassilev, a former Bulgarian ambassador to Russia who became an entrepreneur and analyst, discussed the stakes around Nord Stream 2 pipeline and provided useful insights at a time when the European Commission should certify the controversial gas project.

Is Russia using the Nord Stream 2 project to its advantage at a time when the EU is hit by an energy price crisis?

Russia has been using Nord Stream 2 as a political weapon ever since its concept was born, long before its certification and commissioning. The way the certification process is ongoing means that, with a high dose of probability, this winter, there will be no supplies of Russian gas via Nord Stream 2. Given the current levels of Gazprom’s gas storage in Europe, this means that after February, and even before, low temperatures may necessitate a reduction in gas consumption, especially for industrial consumers. The problem is that even if Russia wants to, it cannot fix things, because balancing peak consumption in Europe depends on the gas already stored there, not on the level of current supplies that cover basic consumption.

Why did Germany build this pipeline in the first place and why didn’t the EU object to the project?

There are many reasons why Berlin decided to take part in Moscow’s plan to put pressure on Ukraine. Among them are business reasons, let’s not overlook that Germany is becoming a Russian gas broker, potentially earning more than two billion euros a year. There are also historical reasons – the notorious German guilt that the Kremlin always exploits in acute situations. In addition, the classic postulates of German foreign policy – Eastern policy and the need to have direct and privileged access to Russian raw materials and energy. In addition, climate policy and Energiewende – the self-inflicted mission to lead Europe and the world to another revolution, without nuclear energy, but with renewable energy sources, with a focus on natural gas, but without calculating risks. In the original design, the forced imposition of wind energy was to make Europe more independent of Russia. You see what the situation is – wind energy is by no means an argument in the energy war with Russia. Finally, the absurd paradox of having the proponents of climate policy in President Biden’s administration, as well as in Germany, Britain and France, pushing for cooperation with Russia because they expect it to take its share of responsibility. And Moscow rattles sabres and threatens with gas shortages. If, God forbid, something should happen in Ukraine, don’t imagine that Germany will come to the rescue. This splits the EU and NATO. The question of who wins has an unambiguous answer.

What kind of signal is the EU sending to Ukraine in this situation?

Intentions and deeds greatly differ. The EU at the European Commission level can implement European regulations and prevent Nord Stream-2 from being put into operation at full capacity by Gazprom. But sooner or later, loopholes will be found. The loss of transit revenues from Ukraine cannot be compensated by the EU, but there are practical things that can be done, especially in ​​abolishing Gazprom’s inherited privileges on the European market and in seeking reciprocity. I do not think that in the current situation aid for the green transition is the most relevant form of support. There is no way money for the transition would heat Ukrainian homes. Russia does not allow Ukraine to transit oil, gas, even coal from Central Asia, it is waging total war, while Gazprom has complete freedom to transfer its energy resources through Ukraine and through any EU country.

The EU can and must force Gazprom to supply gas to the Russian-Ukrainian border, which European companies can then store in Ukraine’s gas storage facilities, making them part of the EU’s strategic gas reserves. Instead of Gazprom supplying Russian gas to the European borders and trading gas in the EU by storing it in European gas hubs, which are now being manipulated, European companies can demand a reciprocal right to receive gas at the Russian border and then take care of it themselves and manage themselves the risks related to supply, storage and transit. Of great importance for Ukraine will be freeing gas transport capacities by Gazprom, which blocks the access of competitors to Ukraine both from the north, via Poland and from the south, via Bulgaria. I am talking in particular about the capacities of the Trans-Balkan gas pipeline through Bulgaria, which are currently blocked by TurkStream, but could be used to supply natural gas from the Southern Gas Corridor.

Do you see an attempt by the EU to take control of the current energy crisis, or an ambition to avoid it in the future?

Unfortunately, not really. The Europen Commission promised to approve state aid and encouraged the countries to use the available funds, including those accumulated from payments for emission quotas, for compensations, for energy aid. The problem is that when there is no physical gas, no matter what money you have, there is no solution.

All that remains is managing the demand, but this means limiting industrial consumption, which entails a loss of GDP, loss of income, and barely means survival in the face of energy shortages. It is no coincidence that the countries with the lowest gas reserves – Germany and Austria – are conducting “survival” exercises in the event of power outages. The political leaders of both countries had bet on Gazprom and made a mistake.

The list of “what should be done” is long but I will only point out that it should consider the integration of the American and European gas markets, because with only 15% of own gas production in the EU, European gas hubs will suffer from pneumonia any time global gas markets catches a cold. They simply do not have a local anchor in the face of high turbulence in global gas markets. Without strategic considerations in Washington, the US LNG will go to Asia and China, and the EU will continue to depend on the Kremlin.

The reasons are many. Although sanctions against Turkish Stream-2 were set in CAATSA and PEESA, the US administration virtually forgot about sanctions against TurkStream, first because this pipeline had already been built across the Black Sea, and second because of the already busy agenda of US relations with Turkey, and thirdly, because a complex scheme was played out involving politicians from Saudi Arabia and Russia. who provided shelter for TurkStream-2 while it was being built. The traditionally low priority and attention paid to Bulgaria in Washington also played a role, and as a result, it secured Gazprom’s close to monopoly market positions in the so-called Balkan Stream. [Former PM Boyko] Borissov managed to get support – keeping a low profile – from Merkel and partly from Macron. Borissov was also probably very concerned that Putin had made it clear that he wants the “missing” money from South Stream.

Oddly enough, TurkStream-2 is now operating at full capacity and Nord Stream-2 is not: Borissov delivered to the Kremlin what Merkel failed to do.

If Ukraine’s political importance as a key transit country is further undermined, could this make Russia more aggressive in the Donbas and the territories around Crimea?

Definitely. After all, dependence on Ukrainian transit was a key deterrent to Putin. The constant threat of invasion of Ukraine is activated every time Putin wants to extort concessions from the West. I am not sure whether he will decide to attack Ukraine, because the risks are too great for him personally. He could make two moves – either an invasion of eastern Ukraine, which is a risky venture with the subsequent annexation to Russia of the regions controlled by it, or the annexation/integration of Belarus. It is unlikely that Germany will come to the aid of Ukraine if it is attacked. And I do not believe Germany would do it for any other country in Eastern Europe.

How does the energy crisis impact the rising tensions in the Black Sea region?

Directly, because the main direction for Russia’s strike is to connect with Crimea by land, to integrate Donbas and Lugansk, the so-called “Novorussia” project. And for that, the Black Sea must be under total control, hence the Russian dissatisfaction with the presence of NATO ships. There are also many publications that Russia’s trans-Black Sea gas infrastructure is used to monitor and control the movement of ships and submarines.

In the brinkmanship game, Putin has the advantage of his autocratic regime, but also its handicaps, because he can never produce a model of economic development that can compete with the EU and the United States, ensuring the well-being and security of Russian citizens. Living standards are falling and there is no way to hide new arrivals of cargoes 200 or 300 (dead and wounded, as they say in Russian military jargon) if Ukraine is invaded.