Svein Vigeland Rottem is a senior fellow at the Norwegian Fridtjof Nansen Institute in Lysaker, Norway. He researches on Arctic governance and polar strategies of Arctic and non-Arctic states.

He spoke to EURACTIV’s Alexandra Brzozowski on the sidelines of the Arctic Frontiers conference in Tromso, Norway earlier this year.

Looking at Arctic governance, there is the Arctic Council, the Barents Regional Council and a series of other forums which aim for cooperation in the region. You get the impression that governance in the High North is very fragmented.

Yes, it is. On the one hand, it is without question that the most important regulatory framework in the Arctic region is the United Nations Convention on the Law of the Seas. On the other hand, the Arctic Council is mainly a soft law institution, a knowledge producer and a platform for knowledge-sharing, which is why critics would say it is not that decisive.

But the most important thing they are doing in the Arctic Council at the moment is research and generating of scientific evidence for climate change and for example for persistent organic pollutants, environmental degradation and so forth. It is the most important international forum discussing these issues.

Scientific cooperation is one of the main characteristics and you can very well say that one of the most important things about the Arctic Council is that it is not that politicized. As a participating state, you can be open and have a frank discussion about certain soft policy issues. You can bring together all the environmental management authorities from all 8 Arctic states and discuss challenges and opportunities in the Arctic region. And I would suggest that it should stay that way.

Why so? Why wouldn’t it make sense to expand the cooperation into other fields?

Because we need some sort of forum discussing the real challenges in the Arctic region and not focusing too much on the huge hype around the question of geopolitical conflict versus cooperation. It is a good idea to bring people together and discuss the actual problems of indigenous people and to some extent also economic development instead, apart from geopolitical bargains.

Security, however, is already becoming a factor in the region. Russia has increased its military presence; China and the US are stepping up their effort as well and the ice is slowly beginning to melt.

Yes, but this discussion is not to take place in the Arctic Council. Some would say that the institution is kind of a soft security arena, because the statutes date from 1996 and they decisively say that the Arctic Council will not address security issues. This can be rated as a success. Because if it would have had addressed security issues – especially after the situation in and around Crimea – it would have broken down. All important policy issues would have been entangled in the security discourse and every issue would have been securitised.

But luckily this has not been the case and it is a forum where Russians, Americans, Canadians and the other Arctic and non-arctic nations can meet and discuss pollution, climate change and sustainable development.

But where would you then place the hard policy issues, such as security?

It is rather the UN level. And then at the same time, we have to be a bit cautious when looking at the Arctic. It is a stable region and all the players – even China – agree for now that the Law of the Sea regulates who owns what in the Arctic. But there is this kind of idea floating around that there is some sort of conflict about to flare up in immediate time. 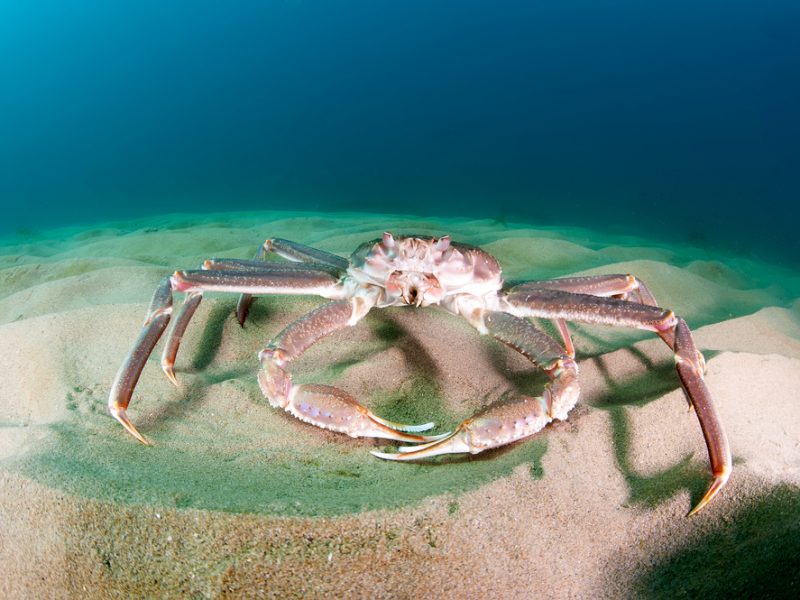 Looking at what is actually happening, for example, only Russia and Norway are conducting offshore petroleum activity in the Arctic. Nothing in Greenland, nothing in Canada, nothing in Alaska. It is very expensive and you have the climate change discussion which is why it is not that popular in those countries. So, there is not that much to grab really. And if you grab it, then it is not an Arctic issue, but then it turns into a global issue.

Are you indicating that there is no territorial conflict to be expected?

If there is any conflict to meet the Arctic, it will probably spill over from other parts of the world. But I don’t think that Arctic issues as such will develop into conflict. There’s only one territorial boundary not settled in the Arctic for the present, and it is the one between Greenland and Canada over a small island called Hans Island. That’s all.

Of course, you have claims regarding the Arctic continental shelf and probably you would see that Canada and Greenland, Denmark and Russia will have some sort of overlapping claims, but that is very far into the future, when these resources will be exploited.

I think we have to calm down and look at what is actually happening in the Arctic, looking at climate change, pollution et cetera and try to bring down this conflict discourse because it can prove to be counterproductive for necessary steps forward in other policy areas.

What about China? A non-Arctic state that is visibly stepping up its presence in the region?

China claims its position as a global actor, so clearly, the country has interests in the Arctic as it is stepping up its presence everywhere else in the world. This shouldn’t come as a surprise to anyone, because if you’re a global and upcoming superpower, then you will address all of the world, and the Arctic is part of that picture, and China will do nothing different in the Arctic than it had done in Africa or Latin America.

The EU has adopted its Arctic strategy in 2016, where it mainly stresses the need for cooperation on strategies to mitigate and adapt to climate change. It seems, however, that there has been little follow-up. How would you rate the EU’s current Arctic engagement?

When looking at the EU policy on the Arctic, when you go back 10 or 15 years, you could see that there the idea of conflict was discussed more. But the latest strategy is soberer. What it meant, and what you see within the Arctic strategies elsewhere in the world, is that there are few issues that are genuinely only Arctic issues in themselves.

The Finnish EU Council Presidency is coming up in July. Would you see this as an opportunity to bring Arctic policy back to the table in Brussels?

Yes, I think that would be the way to go. Instead of huge headlines, there is the need to put the Arctic where it should be, to bring Arctic policy into the EU’s already established policy areas to be aware of the future of the Arctic.

It is rather getting to the work of the working groups on research and scientific evidence, on the transportation of pollutants to the Arctic Ocean or similar issues, is where the EU can make a difference. There is clearly a lot of good scientific work done by EU member states and they should be encouraged to be part of the Arctic Council network.