Michel : Afghanistan is a failure for the international community 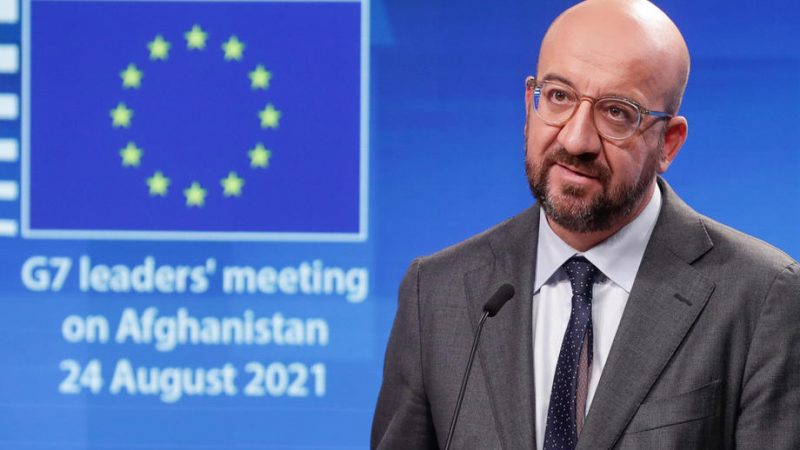 European Council President Charles Michel gave a scathing assessment of the recent US withdrawal from Afghanistan in an interview for the French website Le Grand Continent on Wednesday (8 September), pointing out the need for the EU to step up efforts to build its strategic autonomy.

“The events of the past few days draw a tragic toll. We must recognize that despite our best efforts, this is a failure for the international community”, Michel said in the interview, about the dramatic evacuation of Western nationals and some Afghans ahead of the 31 August deadline agreed between the US forces and the Taliban.

“Taking a step back, what is striking for the European that I am is to note that when the United States made the choice to negotiate with the Taliban under the Trump administration, then to confirm their withdrawal, they offered very few consultations with European partners – actually they offered none,” said Michel.

Asked what lessons Europe could learn from the Afghanistan debacle, Michel answered:

“The Afghan crisis only reinforces and consolidates a conviction that I have had for some time now and that I share with many others, namely the idea of a strategic autonomy of the European Union which aims to strengthen our capacity to influence according to our interests and of our values, while also emphasizing our capacity for action.”

“Faced with the accelerating impression of chaos at the time of the withdrawal of the American troops, one can only be stunned,” Michel continued.

“To see one of the most solid economic powers in the world like the European Union, a democratic power which carries extremely strong values, a military power made up of twenty-seven states, not being able to ensure alone, without the support of the US, the assistance necessary to evacuate its nationals and the Afghans who supported them, that calls for a reaction from us,” he said.

Driving home his point, Michel said that “this observation only accelerates the urgency of an in-depth discussion on the strengthening of European strategic autonomy. Today we must turn it into action”.

Asked how the Biden administration had behaved with the EU over the latest Afghan episode, Michel said he was convinced the new US president was in favour of European integration but conceded that there was a tendency of Washington to put its own interests first.

“It seems to me that a structural trend in the United States, which existed before Donald Trump even though he made it much more visible, is to prioritise American interests. We must be clear about this reality, which is also legitimate. I can understand the domestic arguments that lead President Biden to confirm the withdrawal. I can hear this sovereign and a legitimate decision made by the United States.”

In this context, he mentioned climate change and the Green Deal, acknowledging that the problem was how to make consistent short-term measures with longer-term objectives.

Michel also said the EU should not abandon the decision-making by unanimity, which many observers say cripples its ability to act fast. He said he realised this position could be seen as “atypical”, but added that it was worth thinking it over and avoid falling into the trap of “a wrong good idea”.

“The risk, in giving up unanimity too quickly, is also to abandon the effort necessary to create this unity, creating situations which would give the impression to some member states that their point of view is not important or welcome. Since we don’t need them anyway, there is no longer any reason to strive to build a common project together,” Michel said.

2 responses to “Michel : Afghanistan is a failure for the international community”