Barrier to the UN buffer zone that separates the Greek and Turkish Cypriot sides of Nicosia. [James Crisp/Flickr]

The relationship between the two communities in Nicosia, Europe’s last divided capital, is starting to become a friendship, the city’s Greek Cypriot mayor has told EURACTIV.

Constantinos Yiorkadjis described how joint efforts across the UN buffer zone, including twin start-up hubs and a common urban design strategy, were bringing them closer as the two sides’ respective leaders continue tough negotiations to try and reunify Cyprus.

A demilitarised United Nations buffer zone was created between North and South Cyprus in 1974 after the Turkish invasion. Cutting though the old town of Nicosia, which is often referred to as Europe’s last divided capital, “the Green Zone” splits the Turkish and Greek Cypriot communities.

Constantinos Yiorkadjis is the Mayor of Nicosia, the capital of Cyprus. He began his five year term in January 2012.

You can listen to the interview on SoundCloud, or read the transcript below.

Last week Jean-Claude Juncker said he was optimistic that a deal to reunify Cyprus could happen in the first half of 2016. Is that realistic?

I am surprised that as the Mayor of Nicosia, you are not involved in the negotiations.

The negotiations are at the level of the leaders of the two communities. 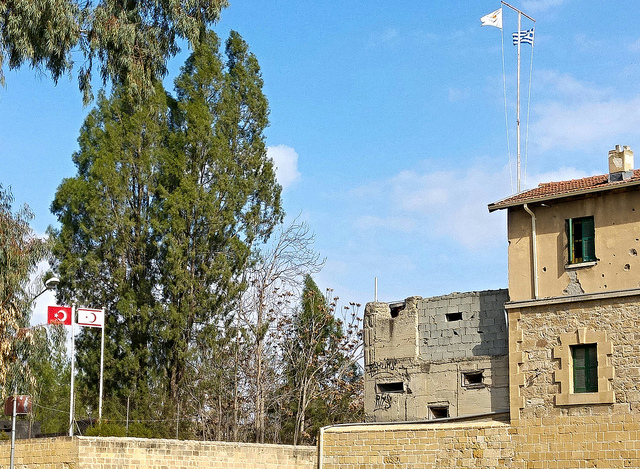 Nicosia is a divided capital.

In terms of Nicosia there are things going on at local level to prepare for reunification. Can you tell me about those?

I wouldn’t characterise them as efforts to prepare for reunification. There have been efforts for several decades, but since I was elected, I am trying to increase the contact between the two communities. The main reason I chose to do that is that I believe that if you are to solve every day problems efficiently, and we are called upon to solve problems efficiently together because there are problems that affect both communities and we need to solve them together. If we are to solve problems together then we need to communicate. And I think you communicate best when you know each other.

We implemented a lot of little projects and efforts to try and get to know each other. The municipal councils, the employees of the municipalities. We often have meetings with Mehmet Harmanci (the mayor of North Nicosia). I feel that our relationship is good enough to produce results on the ground.

By results on the ground, are you talking about building projects?

We have several requests. Recently, we requested the opening of two crossing points. One at the Paphos Gate. At the Paphos Gate, there is the Armenian monastery, which is in the occupied area, there is the church of the Catholics, which is right on the Green Line. The road adjacent to that, opposite to that the church of the Maronites, there are two holy rooms for the Muslims, all in one square kilometre. And we felt that be opening Victoria Street in the Paphos Gate area. We would allow all people of all faiths free access to their religious site, which is a fundamental human right.

We also requested a crossing opening at the market area, which is where we will be building the Innovative Enterprises Neighbourhood.

Is it a start-up hub?

Yes. It will be built right on the Green Line. And hopefully, it’s not confirmed yet, something similar will happen on the Turkish Cypriot side. We hope if it gets approved to open, we will get a lot of interaction I think interaction is needed to have creative ideas.

And of course we keep managing the waste water treatment plant, which is difficult and very demanding. 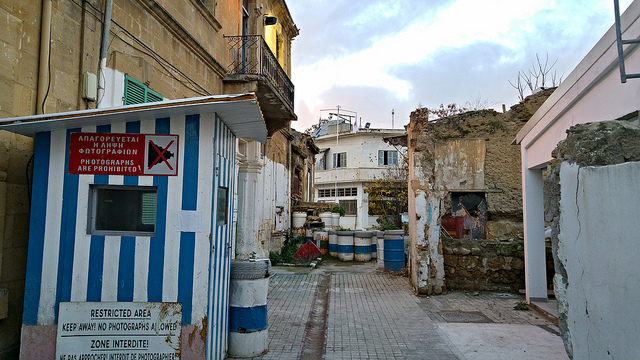 These collaborations will lead to improved relationships…

So there must be some thinking that they could one day form bedrock to a solution.

Yes. I mean you always hope there is a solution, but you cannot wait for the solution in order to get to know each other and begin co-operating.

Strictly speaking, the Nicosia Master Plan [a bi-communal team formed a common planning strategy for Nicosia] teams that deal with urban design are designing the city with a view to it being one. The teams have been meeting for almost 35 years now, since 1979. There were periods when they met weekly and they designed the city together as if it is one.

So you are literally building for the future?

I don’t know if you are building. You can design it, but because the processes of building on each side are different, the building may not coincide with the design.

How would you characterise the relationship between the two communities in Nicosia now?

Good. Are you asking me to estimate what is the general feeling?

What is the feeling of your voters?

I wouldn’t know, but I know mine and the people that are around me. I think it’s very good. It’s starting to become a friendship.

Do you think that’s because of the introduction of the open border crossings in 2003? 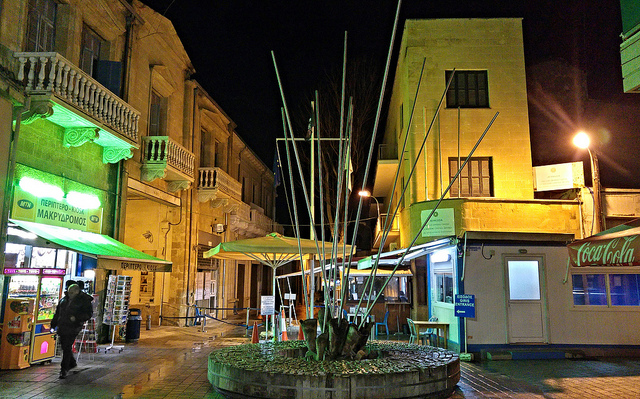 Cyprus is relatively close to Syria. Has Nicosia been under stress because of the migration crisis?

I think not to be honest. But we had a lot in the past. Maybe now it is less, with the economic crisis in Nicosia. We may have a lower number of third country nationals. But, having said that, we have implemented programs to integrate third party nationals into our communities.

You mentioned the economic crisis. How do your voters view the EU, the troika, after the strict terms of the Cypriot bailout?

Personally, if my savings had taken a chop, I’d be quite annoyed.

Yes. I think it’s mixed feelings in the sense of where they channel the annoyance. Do they channel it to the local authorities, to the EU or both? I wouldn’t be able to say, which is where I say it is mixed feelings.  I don’t think people are certain if we could have avoided it or not. Some people say we couldn’t, so they blame the EU. Others say we could so they blame the local management. Or some people blame both.

I think the EU in general has been a tremendous help to Cyprus financially.

People feel that way rather than feeling resentment at the terms of the bailout?

I don’t know but I don’t think resentment is the word, maybe they are stressed because people are suffering. Their disposable income has been decreased dramatically but I wouldn’t be able to see with certainty who they blame for that decrease. 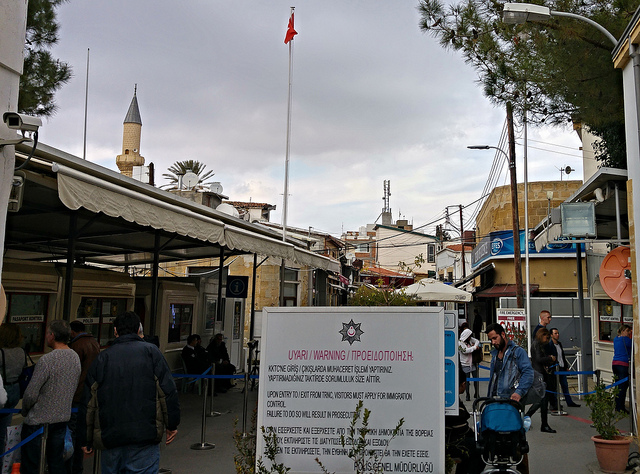 The Turkish side of the border crossing