The head of the EPP group, Manfred Weber. [European Parliament]

Manfred Weber is a German MEP who represents the centre-right Christian Social Union. He has been leader of the EPP group since mid-2014.

When were you in Turkey last?

That was in February 2016, when I visited Ankara. I also see government officials like the prime minister regularly.

Since February 2016, relations between Brussels, Berlin and Ankara have worsened considerably. Do you see any chance of Turkey securing EU membership?

Turkey is clearly moving away from the European Union and our values. I am glad that the German government sent a clear signal to Ankara after the arrest of human rights defender Peter Steudtner.

The European Council must now do the same. The EU has repeatedly extended its hand to Turkey through various initiatives but Turkish President (Recep Tayyip) Erdoğan has consistently spurned it. Turkey’s EU accession makes no sense.

What specific conclusions can you draw from the situation?

The EU should set itself the goal of ending the accession talks. As a first step, heads of state and government should decide at the earliest opportunity to suspend talks. The European Parliament has already called for this.

Do you think that all 28 member states will agree on a formal suspension of negotiations?

It would be desirable. We welcome the fact that German Foreign Minister (Sigmar) Gabriel has, with his new course against Turkey, come into line with the position long shared by the CDU and CSU. But at EU ministerial level, Gabriel has refused to intervene and suspend talks. It’s about time for the foreign minister to take a clear line at EU level against the Turkish government.

What do you expect from Berlin after the September elections, regarding Turkey policy?

In the election programme of the CDU and CSU, it is clear that we do not want Turkey to join the EU. The accession talks, which from the beginning were an illusion, must be totally cut off. We have moved further away from Turkey over the last few years, especially since the talks on both sides have never been honestly led. The Social Democratic Party (SPD) has no clear position. If the Union (CDU and CSU) wins the election then the inevitable coalition negotiations will have to take into account the Turkey issue. This is a key foreign policy topic. We must aim for a new start in relations with Turkey. 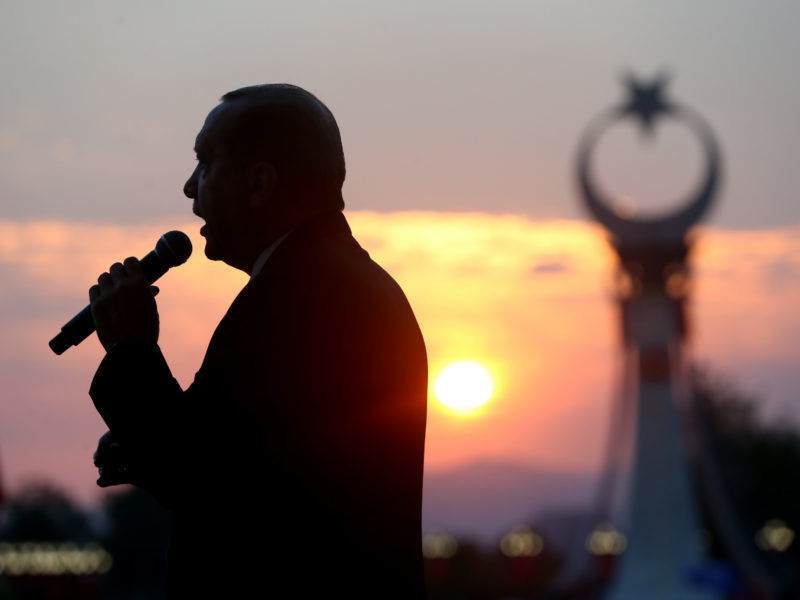 Would it be wise to completely shut the door on Turkey?

That is not the point. On the contrary, it is very sensible for us to work with Ankara in some areas, in place of EU membership. So, if the Turkish government returns to the rule of law again, we would be ready to step up economic cooperation, for example, through an expansion of the customs union. Cooperating with Turkey on terrorism and migration policy is also useful.

Are you not worried that Erdoğan will tear up the EU refugee deal, because of the current dispute with Berlin?

There’s no indication of that. The refugee agreement has advantages for both the EU and Turkey. For example, schooling of Syrian refugee children in Turkey is currently financed by EU money. This is an important investment in the future, not least because it is also an important preventive measure that counters Islamic radicalisation of young people.

The CSU wants an upper limit on refugee intake set at 200,000. But some observers think that these calls for a cap are mostly just rhetoric.

There’s no room for wobbling here. We want to make it clear that what happened in Germany in 2015 cannot be repeated. Europe must secure its borders. Words aren’t enough. It needs to be anchored in legislation. We will bring this to the coalition negotiations after the elections.

So the upper limit proposal should be a part of the coalition deal?

The positions between the parties are clear. We want an upper limit and we will fight for it after a successful election.

One response to “Weber: Turkish EU membership ‘makes no sense’”