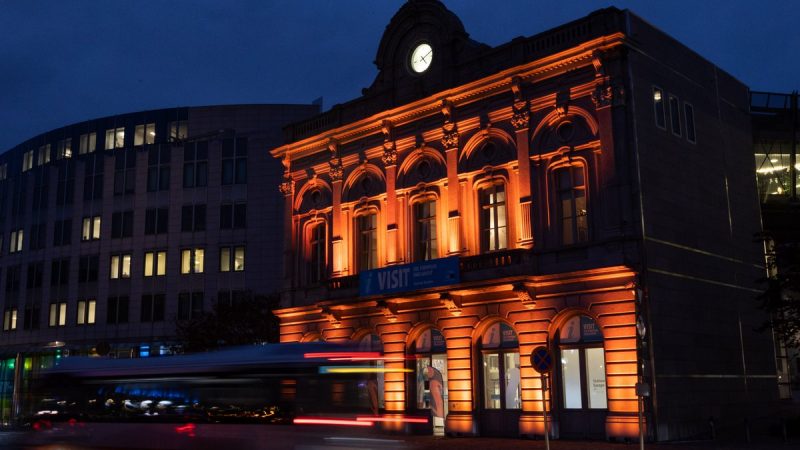 The European Parliament is one of many buildings lit orange across Brussels and the EU, to spark change against gender-based violence during the 16-day #OrangeTheWorld campaign. [Photo courtesy of @EP_President on Twitter]

Many buildings across Brussels are glowing orange this Thursday (25 November) to kick off the international #OrangeTheWorld campaign, led by UN Women. The 16-day campaign, which begins with the International Day for the Elimination of Violence against Women, encourages people worldwide to stand up and take action against gender-based violence.

The orange buildings “send a positive signal that yes, indeed there is a bright future for women, hence the colour orange,” said Dagmar Schumacher, director of UN Women Brussels.

Studies show that 1 in 3 women will experience physical or sexual violence during their lifetime, and these numbers have been exacerbated by the ongoing COVID-19 pandemic.

Experts call it a “shadow pandemic,” but gender-based violence cannot be solved with a dose of a vaccine.

“This is behaviour that can indeed be changed by all of those who perform violence against women,” Schumacher explained. “This is something that could be stopped tomorrow if there would be the real will to make it happen.”

The campaign aims to mobilise organisations across the world to advocate for victims of sexism and gender-based violence.

The European Women’s Lobby (EWL), a Brussels-based umbrella network of European women’s associations, has launched a call to the European Commission, asking for a “bold horizontal directive on combatting and preventing violence against women and girls.”

📢Over 60 Members of the @Europarl_EN from all political backgrounds joined us in our call to @EU_Commission
for a bold horizontal Directive on combatting and preventing #VAWG.

The call has been supported by over 60 EU lawmakers and counting. EWL leaders emphasise that the directive must adopt the standards of the Istanbul Convention on gender-based violence. It also must address all forms of violence against women and girls, including work-related and online violence, and explicitly address sexual exploitation.

EWL will send the list of signatories to the Commission on Human Rights Day, 10 December.

On this #IDEVAW, from the bottom of my heart, I want to say:⁰
Enough is enough.
We stand united.
Let’s take action⁰
Early next year, I will propose a law to combat violence against women.
#OrangeTheWorld pic.twitter.com/3IwGNKkANK

The root of the problem

“Violence against women and girls is a form of discrimination against women,” said EWL Policy Director Claire Fourçans. “There is this imbalance in power in our patriarchal society; there are villains and men are using violence as a way to silence women.”

Fourçans explained that gender-based violence impacts women before they even experience it, in terms of the threat of violence.

She said women have to ask themselves questions like “Will I go walk at night alone in a specific area where I’m afraid of being subjected to assault and violence? Will I expose myself to a specific work environment where I know it’s mostly male-dominated?”

MeTooEP, an organisation that calls for an end to sexual harassment in the European Parliament and beyond, sent an op-ed to MEPs regarding a resolution on the consequences of the #MeToo movement and measures against sexual harassment. The resolution will be brought to a vote next month.

MeTooEP reported that nearly 300 lawmakers voiced their support for the resolution.

📢🙅‍♀️1/2 @MeTooEP sent an op-ed to @Europarl_EN staff members on the resolution on the consequences of #MeToo movement for the EU institutions & the measures taken since to prevent sexual harassment that will be voted next month.https://t.co/YSDYyftZfL

But just 40% of women who experience violence report it or seek help, according to data from UN Women. This stems from a lack of institutional support and victim-blaming societal norms. 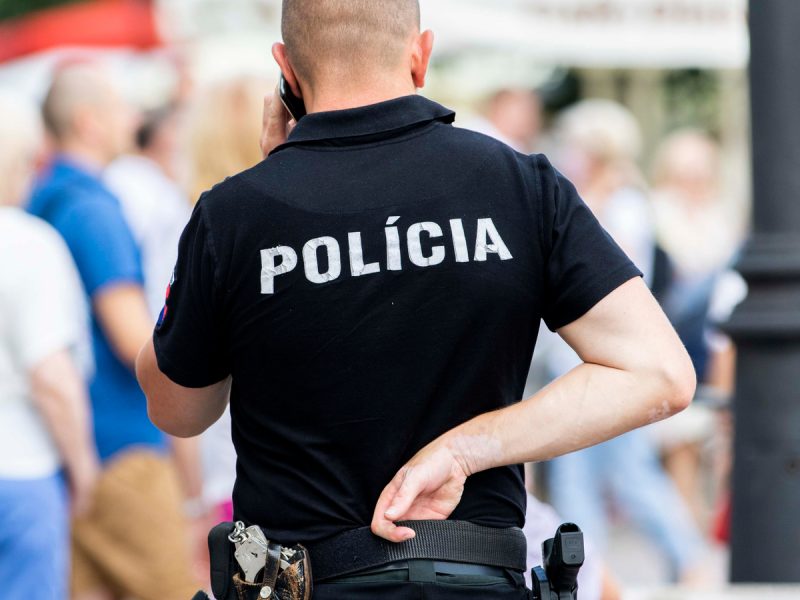 Women should avoid dark places after sunset and parties with alcohol and drugs because those can “spark violent behaviour”, the Slovak police’s recommendations for preventing rape published on its official website state. Women also should not “give mixed sexual signals …

“The majority of the perpetrators [of gender-based violence] are men, so we really need to see a societal change, where men really feel that they need to change their own behaviour and where we address gender stereotypes,” she said.

In countries such as Niger, Plan International works with teachers to spot violence against young women.

“If teachers are seeing that there have been a lot of school dropouts, then we go and talk to the families about it,” Bonte said.

Girls in Niger are often faced with female genital mutilation, early and forced child marriage, sexual abuse and more. They are often pulled out of school for these reasons.

“If a girl can’t go to school anymore because she has been forced into a marriage, that not only has an effect on her development as a young person, but also on her skills and capacities to be a leader one day or to find decent work in the future,” Bonte explained.

“It’s not just our staff talking with the parents, because that’s an endless task,” said Jorn Vennekens, the press officer for Plan International Belgium. “But this informs the people who are actually in an influential position to [stop gender-based violence] themselves.”