The UN had appealed for more than $1 billion this year to meet the humanitarian needs of Rohingya refugees in Bangladesh, where more than 800,000 are sheltering in sprawling camps, having fled across the border.

But it had only managed to raise $636 million in humanitarian assistance so far.

At a virtual conference, co-hosted by the United Nations Refugee Agency (UNHCR), Britain, the United States and the European Union, donors pledged $597 million more in aid.

Some 740,000 fled across the border during a 2017 military offensive in Myanmar, for which its government faces genocide charges at the UN’s top court.

Other countries in the region host some 150,000 Rohingya refugees, while an estimated 600,000 live in Myanmar’s Rakhine State.

“Bangladesh is not in a position to continue to take this burden any more,” he said.

“The Rohingyas must return to their country of origin as soon as possible. We must remember that they are here only on a temporary basis.

“The cost of hosting them on our society, security, resources, economy, environment and ecology is huge, immeasurable and in some cases irreversible. The situation is increasingly becoming untenable both for the Rohingyas and the host community.”

At the conference, the United States announced funding of $200 million, the EU $113.5 million and Britain $63 million.

China and Russia were invited but chose not to take part.

In closing remarks on behalf of the co-hosts, Grandi said the situation in the region remained an “acute humanitarian and human rights crisis”.

“The voluntary, safe, dignified, and sustainable return of Rohingya refugees and others internally displaced to their places of origin or of their own choosing in Myanmar is the comprehensive solution that we seek, along with Rohingya people themselves,” he said.

“Myanmar must take steps to address the root causes of the violence and displacement in Rakhine State and create the conditions for voluntary, safe, dignified, and sustainable returns.”

The EU’s crisis management commissioner Janez Lenarcic, who represented the bloc at the conference, added: “We must do all we can so the Rohingya crisis does not become a forgotten tragedy.”

Today, the EU co-hosted #RohingyaConf2020 where, in total, almost US $600 million were pledged to support the #Rohingya refugees & host communities.

Foremost, the EU remains commited to seek a lasting solution of this crisis.

The Rohingya are widely seen as illegal immigrants in Myanmar, denied citizenship and stripped of rights. 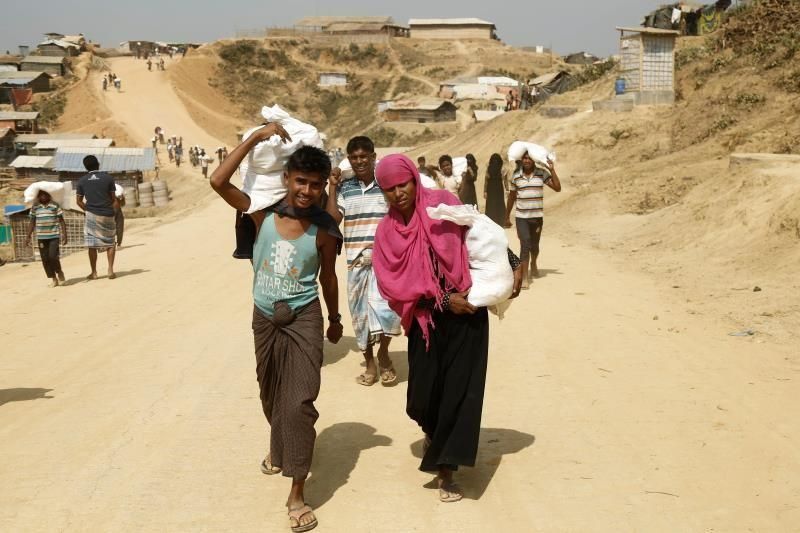 Members of the European Parliament have called for increased efforts in dealing with the Rohingya crisis, after learning about the appalling conditions in refugee camps in Bangladesh. EURACTIV’s partner efe-epa reports.

Myanmar’s military has always justified its 2017 operations as a means to root out Rohingya militants after attacks against around a dozen security posts and police stations.