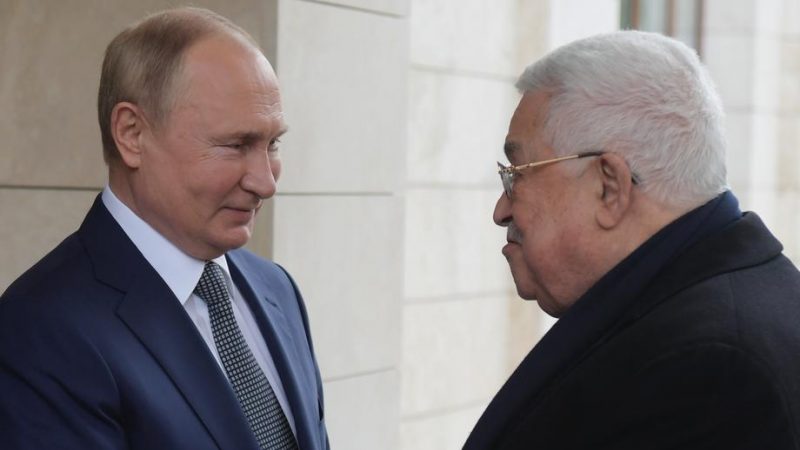 “The continuation of these Israeli measures will lead to an explosion of the situation,” Wafa said Abbas told Putin.

Russia is a member of the Middle East Quartet of international mediators, along with the United Nations, the United States and European Union.

Abbas spoke with Putin two days after meeting with Israeli Defence Minister Benny Gantz at his home. It was the first official visit to Israel by Abbas since 2010. Months earlier, Gantz had visited Abbas in Ramallah, the seat of the Palestinian Authority.

Following their meeting this week, the Israeli Defence Ministry announced “confidence-building measures” to ease the economic situation of the Palestinian Authority and reduce tensions in the West Bank, Palestinian territory that Israel has occupied since 1967.

The US praised the economic measures, but Abbas told Putin they were not enough, according to Wafa.

“Economic and security steps are not a substitute for the political track,” Abbas said, adding the Palestinian leadership will have to take “key decisions” at the Central Council of the Palestine Liberation Organisation (PLO) expected in the coming months.

Abbas’s conversation with Putin came with tensions rising in the West Bank.

The United Nations Office for the Coordination of Humanitarian Affairs recorded 410 attacks by Israeli settlers against Palestinians in the first 10 months of 2021, compared to 358 in the whole of 2020.

According to the Israeli army’s annual report, 100 attacks were carried out in 2021 against Israelis in the occupied West Bank, up from 60 a year earlier.

Israeli Prime Minister Naftali Bennett took office in June and is a former settler leader who opposes a Palestinian state. Negotiations between Israel and the Palestinians have been frozen for years.

Abbas has not faced re-election since he was first voted into office in January 2005. A recent opinion poll published by the independent Ramallah-based think tank, the Palestinian Center for Policy and Survey Research, found that 74% of Palestinians want Abbas to step down.