After his supporters breached the US Capitol building, President Trump posted a one-minute video to Twitter repeating election conspiracies before telling the rioters to "go home" and that "we love you." [EPA-EFE | Shawn Thew]

A growing number of lawmakers and government officials from both parties are calling for Donald Trump’s removal from office following the riot at the US Capitol on Wednesday (6 January). On Thursday, House Speaker Nancy Pelosi said he would be impeached if not removed by the cabinet. EURACTIV Germany reports.

With less than two weeks before President-elect Joe Biden’s inauguration, lawmakers fear Trump’s damaging potential in the remaining days, given his incendiary language and his failure to condemn the mob that stormed the US Capitol.

Many were quick to lay the blame at the president’s feet. Republican Senator Mitt Romney did not mince words in a speech on the Senate floor after the riot, saying that the “insurrection” was the result of “a selfish man’s injured pride and the outrage of supporters who he has deliberately misinformed.”

Sudha David-Wilp, deputy director of the German Marshall Fund’s Berlin office, told EURACTIV Germany that “it is better to have change through the ballot box than through the 25th amendment or impeachment, but yesterday was a moment where people think ‘you have to draw a line somewhere’”.

David-Wilp also sees responsibility with the Republican party. According to her, Trump “clearly instigated it, but Republicans are also complicit”.

“The dozen-odd Senators and half of the House Republicans that are challenging the congressional certification process are also complicit,” she said. 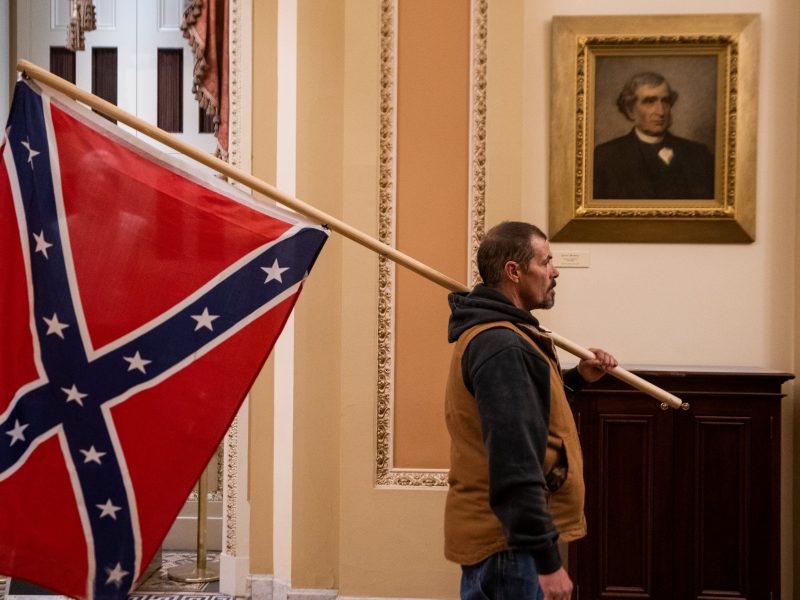 World leaders condemn 'assault on democracy' at US Capitol

World leaders and governments on Wednesday (6 January) expressed shock and outrage at the storming of the US Capitol in Washington by supporters of President Donald Trump.

At a rally in Washington on Wednesday before the riot, Trump encouraged his supporters to fight for him, saying “you will never take back our country with weakness.” Earlier, he had tweeted that 6 January would be “wild.”

Since losing in November, the outgoing president has riled up his base by repeating conspiracy theories that voter fraud in key swing states stole the election from him. All of these have been debunked, and his legal team has failed to produce any evidence of this fraud in court, losing every lawsuit attempting to invalidate votes.

On Wednesday, after a mob of his supporters stormed and vandalised the US Capitol building, Trump repeated his lies of a stolen election. 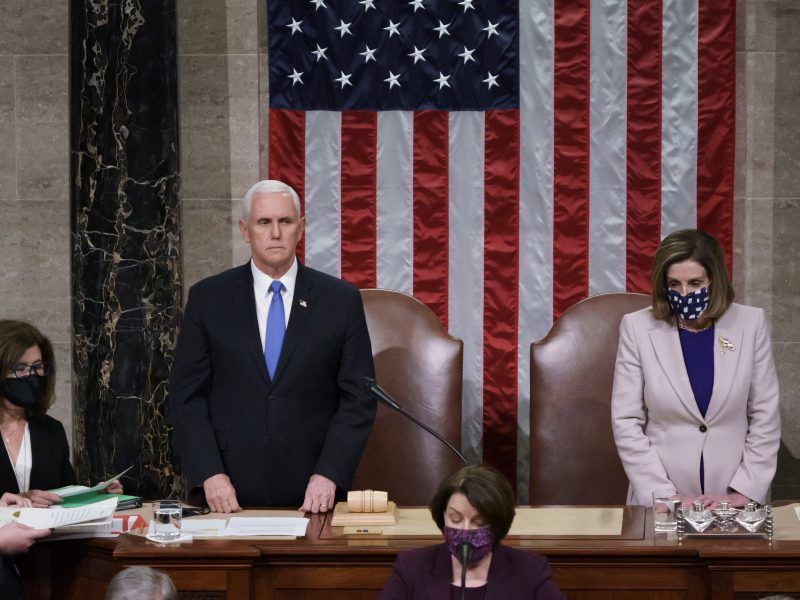 Democrat Joe Biden was cleared to be sworn in as US president when Vice President Mike Pence declared that Congress had confirmed the Electoral College tally of states’ results that showed Biden the winner of the US election.

In spite of the mayhem, lawmakers were eventually able to reconvene and in the early hours of Thursday morning certified the election for Joe Biden, clearing the way for the inauguration on 20 January, many of them voicing concern about the president’s actions in his last days of tenure.

Shortly after the Capitol was secured by police, progressive Representative Ilhan Omar announced her intention to start the impeachment process against the president,  tweeting “We can’t allow him to remain in office, it’s a matter of preserving our Republic and we need to fulfil our oath.”

I am drawing up Articles of Impeachment.

Donald J. Trump should be impeached by the House of Representatives & removed from office by the United States Senate.

We can’t allow him to remain in office, it’s a matter of preserving our Republic and we need to fulfill our oath.

The articles of impeachment would start the process of Trump’s possible removal from office by Congress, which can charge and sue a president for “treason, bribery, or other high crimes and misdemeanours.” The House of Representatives will first vote on articles of impeachment, which requires a simple majority to pass.

If passed, which is likely, given the Democratic control of the House of Representatives,  a trial will take place in the Senate. Acting as jurors, Senators would vote whether or not to remove the president, which requires a two-thirds majority to pass. In such a hypothesis Trump will never be allowed to hold elected office again.

Up to now, none of the three presidents that have been impeached by the House have been removed from office by the Senate.

Unlike previous calls for impeachment, the fresh push is no longer limited to the far-left activists. More than 100 democratic lawmakers have called for Trump’s removal. The Republican Governor of Vermont Phil Scott also called for Trump to resign or be removed from office.

To forcibly wrest power from Trump using the 25th amendment for the first time, the Vice President would have to be on board for ousting the President.

On Thursday, Speaker Pelosi threatened to impeach the president if the vice president and cabinet did not begin the process outlined under the 25th amendment, guaranteeing an attempt to remove him from power before the end of his term.

The 25th amendment is “more of a heavy lift,” according to David-Wilp, but “the impeachment argument is not as out of the realm of possibility. She admited that getting Trump removed in the Senate would be more difficult, but said Democrats “may be able to persuade” moderate Republicans, given the events on Wednesday. 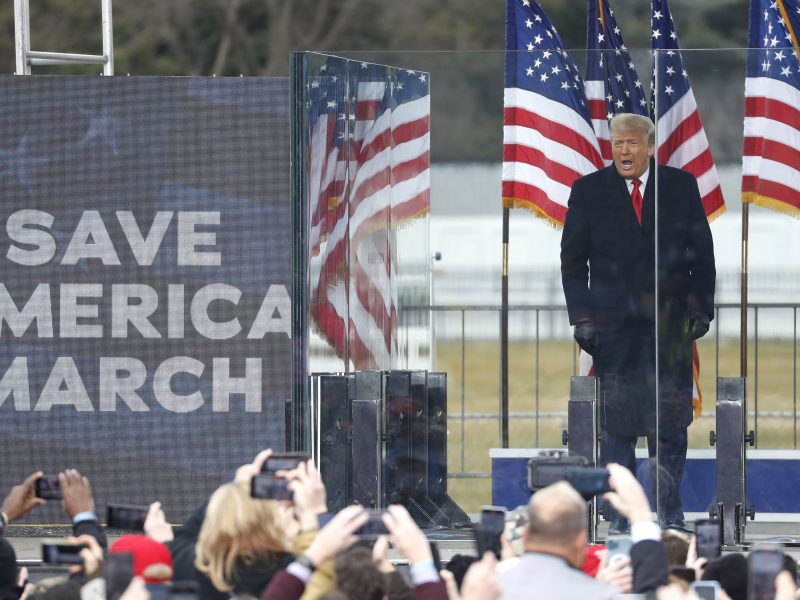 Promises of an “orderly transition”

Amid the calls for removal and resignations of high-level officials, Trump issued a statement promising an “orderly transition” through his spokesman Dan Scavino. However, he still refused to concede his election defeat.

Statement by President Donald J. Trump on the Electoral Certification:

“Even though I totally disagree with the outcome of the election, and the facts bear me out, nevertheless there will be an orderly transition on January 20th. I have always said we would continue our…

There is scepticism about whether this statement would quell the protests and concerns in the country in the coming days and weeks.

“President-elect Biden will be very challenged in bringing the temperature down…I do believe there will be an orderly transition of power, but it doesn’t mean that there won’t be incidents along the way,” David-Wilp said.

One response to “After Capitol riot, pressure builds for Trump’s removal from office”