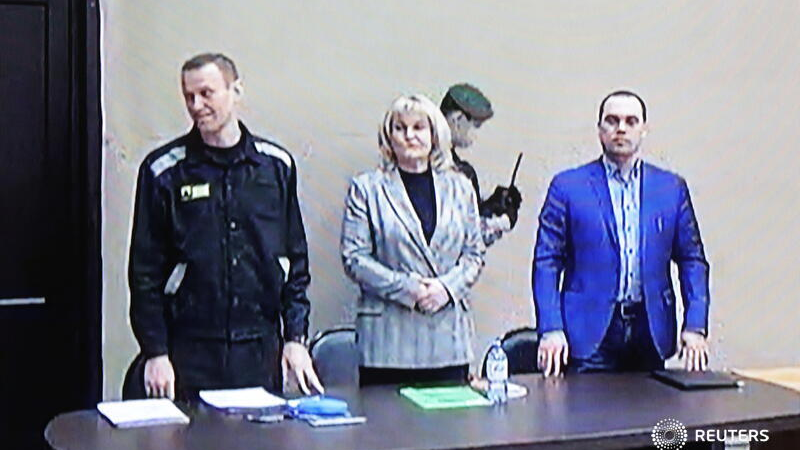 Alexei Navalny urged his supporters to show their opposition to the Russian government after a court sentenced him to nine years in prison on 22 March 2022. [Twitter]

Jailed Kremlin critic Alexei Navalny urged his supporters to show their opposition to the Russian government after a court sentenced him to nine years in prison on Tuesday (22 March) for fraud and contempt.

The 45-year-old was already serving a two-and-a-half year sentence at a prison camp east of Moscow for parole violations related to charges that he says were fabricated to thwart his political ambitions.

Jailed Kremlin critic Alexei Navalny was sentenced to nine years in prison after a Russian court found him guilty of large-scale fraud and contempt of court https://t.co/ge0vuIIDkV pic.twitter.com/m3PGASMZdf

His existing sentence will be incorporated into the one handed down on Tuesday, said his lawyers, both of whom were briefly detained after the hearing.

After sentence was pronounced, President Vladimir Putin’s most prominent critic reacted on Twitter: “I want to say: the best support for me and other political prisoners is not sympathy and kind words, but actions. Any activity against the deceitful and thievish Putin’s regime. Any opposition to these war criminals.”

My space flight is taking a bit longer than expected – the ship is caught in a time loop.

It occurred to me that my role in this saga is similar to that guy from Interstellar.

Navalny had called on Russians to protest against the war in Ukraine in Russian cities and across the world, and accused President Vladimir Putin of bringing shame on the Russian national flag and language. 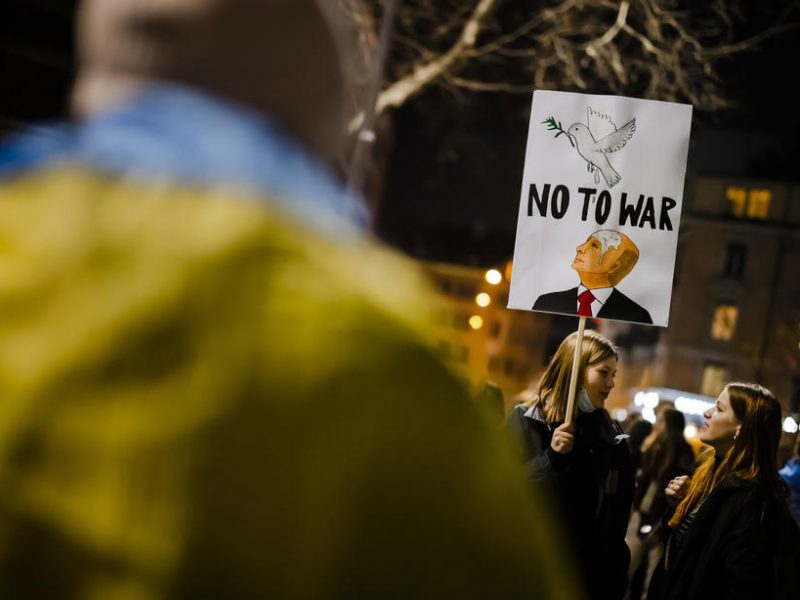 Navalny calls on Russians to protest against war across the world

Jailed Kremlin critic Alexei Navalny told Russians to protest against the war in Ukraine in Russian cities and across the world on March 6, and accused President Vladimir Putin of bringing shame on the Russian national flag and language.

Judge Margarita Kotova, who confirmed Navalny had pleaded ‘not guilty’ to the fraud charges, said he would remain under some restrictions for 20 months after his release.

Prosecutors had sought to add 13 years to Navalny’s original sentence in the latest criminal case, in which he was accused of using 356 million roubles ($3.42 million) in donations collected by his foundation for personal purposes.

Lawyer Olga Mikhailova said Navalny would appeal: “Alexei is feeling good – he was sure of his innocence, he argued his innocence.”

During the hearing, held at a prison colony in Pokrov, east of Moscow, a gaunt Navalny stood beside his lawyers in a room filled with security officers as the judge read the charges. He seemed unfazed, looking down as he flipped through court documents.

In a tweet posted by his lawyers or supporters, he said that his Anti-Corruption Foundation, outlawed in Russia, would become a global organisation, and urged his supporters to join it.

Navalny was jailed last year when he returned to Russia after receiving medical treatment in Germany following an attack with a Soviet-era nerve toxin during a visit to Siberia in 2020.

Navalny blamed Putin for the attack. The Kremlin said it had seen no evidence that he had been poisoned and denied any Russian role if he had.

Russian authorities have cast Navalny and his supporters as subversives determined to destabilise Russia with backing from the West. Many of Navalny’s allies have fled Russia rather than face restrictions or jail at home.

Navalny’s opposition movement has been labelled “extremist” and shut down, although his supporters continue to express their political stance on social media. Navalny has also voiced his opposition to Moscow’s military intervention in Ukraine.

After the verdict, his wife Yulia posted on Instagram: “The figure 9 means absolutely nothing. I love you, my dearest person in the world, and I’ve never stopped being proud of you all these many, many years.”

His lawyers, Mikhailova and Vadim Kobzev, were detained outside the prison complex and taken away, but Kobzev subsequently announced in a tweet that they had been released.

In another development illustrating the hardening of the authoritarian regime in Russia, the country’s Supreme Court on Tuesday rejected an appeal to halt the closure of human rights group Memorial.

Memorial Human Rights Centre and its sister organisation – Russia’s oldest human rights group – were both ordered to shut down in December in a move decried in the West. 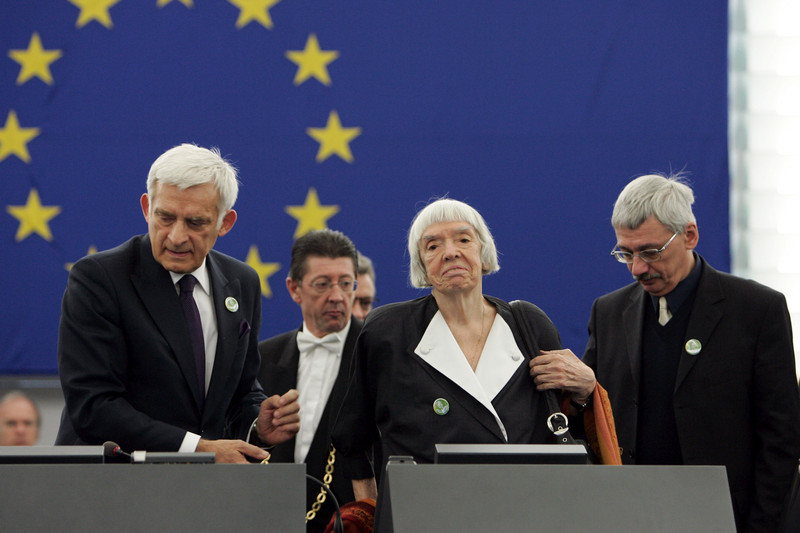 Closing down respected Russian rights group Memorial would deal a “devastating blow” to civil society in the country, the secretary general of pan-European rights body the Council of Europe said Friday (12 November).