One day after the Swedish government officially recognised the state of Palestine, members of the Parliament, Riksdagen, disagreed on whether this decision was right or “immature”.

The leftist government, which took office only a month ago after winning national elections in September, on Thursday (30 October) became the first European country to recognise the state of Palestine.

This prompted Israel to recall its ambassador to Sweden to Jerusalem on the same day. The country also threatened that further cuts to the two countries’ diplomatic relations can be expected.

Israeli foreign minister Avigdor Lieberman said Sweden “needs to understand that relations in the Middle East are more complicated than a piece of furniture from IKEA that you assemble at home”, according to Haaretz.

Birgitta Ohlsson, Sweden’s former European affairs and democracy minister, called the decision immature, saying that it legitimises Hamas, the Islamist political party running Gaza, and that this would paralyse the peace process.

Valter Mutt, a Parliament member from the Environment Party, which makes up the current Swedish government together with the Social Democrats, told the Swedish newspaper Expressen that the government has acknowledged that it would be important to support a “genuine” peace process which benefits both Israelis and Palestinians.

Sweden’s Foreign Minister Margot Wallström justified her government’s decision, saying that supporting a Palestinian state would make upcoming peace talks between Israel and Palestine “more equal” and was not about choosing sides. Wallström, a Social Democrat, also referred to the “success stories” Croatia and Kosovo, which Sweden recognised in 1992 and 2008, respectively. 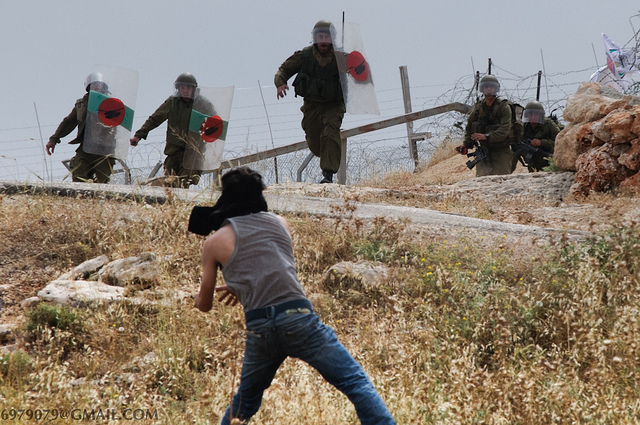 But Ohlsson, who represents the liberal People’s Party, said these events are completely incomparable.

“The problem is that you don’t have control over the whole territory, and here I’m referring to Gaza,” Ohlsson told Sweden’s Aftonbladet.

“There is a big difference between the European countries and Hamas, which is a terror organisation. Back then there was a big unity within the European Union. Now Sweden moves away from this classic principle which has previously guided our foreign policy,” Ohlsson added.

The EU said after the Swedish announcement that its objective is a two-state solution, with an independent Palestinian state living side by side with Israel.

Kerstin Lundgren, the foreign policy spokesperson of the Centre Party, said the Swedish government’s decision on Palestine could damage Sweden’s reputation internationally, and that Sweden needs to recognise states with a more serious background, though she believes the government made the right decision.

“The Palestinians have a right to have their own state. Both the UN, the EU and Sweden have said so. We in the Centre Party believe that there are reasons to strengthen the Palestinian people’s opportunities to make big decisions. Therefore, this was an important signal,” Lundgren said.

But other MPs said that Sweden should have waited for a common EU policy in order to make an impact on the Middle East peace talks. Karin Enström, a former defense minister of the Conservative Party, said only when the EU speaks with one voice, it will have a lasting effect.

“To unilaterally move ahead will not affect the peace process at all,” she stated.

Meanwhile, Abdurazik Rawduan, who has lived in the Swedish town Luleå the past five years but has roots in Gaza, told Sweden’s Radio that the Scandinavian country is the bravest in the world and stands out as an example for others.

“It feels great that there is a another country in the world that cares about us,” he said.

Palestinians seek statehood in the Israeli-occupied West Bank and the blockaded Gaza Strip, with East Jerusalem as their capital. The land was captured by Israel in the 1967 Middle East war, although Israeli soldiers and settlers pulled out of Gaza in 2005.

Years of efforts to forge a two-state solution have made little progress, with the last effort at negotiations collapsing in April. Palestinians now see little choice but to make a unilateral push for statehood.

A total of 135 countries already recognise Palestine, including several east European countries that did so before they joined the EU. Sweden was the first Western European country to do so.