After a disillusioning summit, the EU is struggling to find a united stance. [EPA-EFE/NEIL HALL / POOL]

Trump has left the G7 in a shambles. As a consequence, the EU now has to be closer together, according to German Chancellor Angela Merkel.

With regard to the cooperation of the EU states, she said on Sunday during one of her rare TV interviews on German public broadcaster ARD, that there also will be areas “where we will have to go forward.” In practice, however, the EU member states are struggling for cohesion on several topics.

The immediate consequence of the G7 debacle may be that the European Commission will focus even more on ongoing trade talks with world regions beyond the United States. The negotiations with the South American Mercosur Group are on the home stretch. Moreover, agreements with Japan, Singapore and Vietnam could soon be ratified.

By contrast, the EU’s further course vis-à-vis the United States is by no means clear. Following the introduction of US protective tariffs on steel and aluminium imports, Europeans will present the prepared countermeasures to the World Trade Organisation (WTO) on 1 July. Whether the EU continues to act as a unified bloc, if Trump should impose protective tariffs on cars, is open. Germany would be particularly affected by such tariffs.

France and Germany 'talk throughout the night' on eurozone reform

France and Germany made “significant progress” towards an agreement on eurozone reforms at marathon talks in Paris this weekend, French Finance Minister Bruno Le Maire said Sunday (10 June), but aides said there was still some work to do.

This may also explain Merkel’s rhetorical restraint. On Sunday evening, she only said that the subsequent termination of the G7 final communiqué by Trump was “of course sobering and also a bit depressing”.

French President Emmanuel Macron was clearer. A statement by the Elysée Palace regarding Trump’s backslide read: “International cooperation must not depend on outbursts of rage and buzzwords. Let us be serious and prove ourselves worthy of our peoples. ”

By the end of this month’s EU summit, Germany, France and the rest of the eurozone members want to adopt a reform to further hedge the common currency. Germany and France continue to disagree over Macron’s call to set up the eurozone’s own budget. This budget is meant to assist eurozone countries which suddenly come under pressure economically.

Although Merkel did not completely reject Macron’s claim, according to her, the budget is expected to be only in the low double-digit billions. The Chancellor again made clear her reservations against a generous eurozone budget on Sunday evening.

In response to the criticism that she had answered the bold suggestions of Macron with much less boldness before, she replied: “Boldness cannot be measured by how much money one is ready to throw into the ring.” 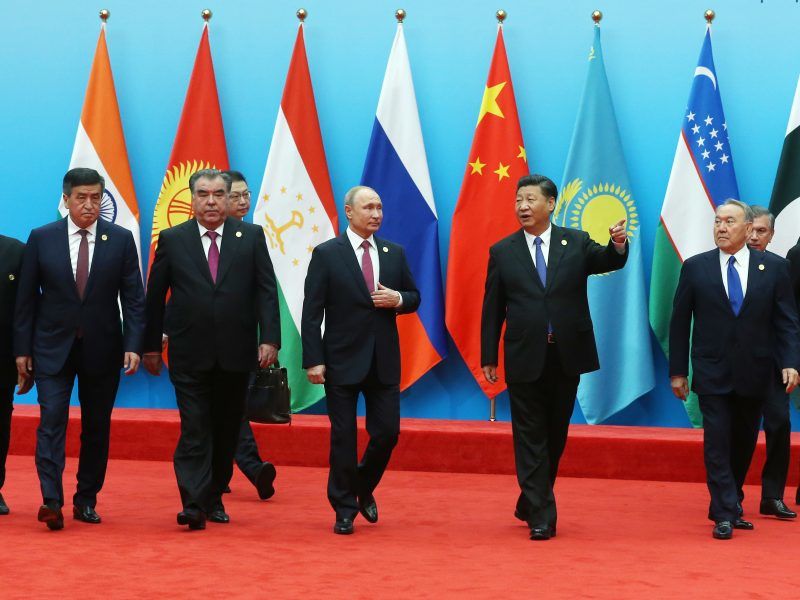 Merkel’s restraint has also something to do with the fact that her own CDU is constantly putting obstacles in the way of reforms of the eurozone. And not only on the issue of whether a common investment budget should be set up or not.

The same applies to the banking union and the introduction of a European Monetary Fund, which Merkel advocates for. The latest proposal by German Finance Minister Olaf Scholz (SPD), a joint European reinsurance in the fight against unemployment, is also viewed sceptically in Merkel’s own party.

In the CDU, the resistance is justified by the fact that with such reinsurance, which could more decisively fight youth unemployment in the South of the eurozone, only a new redistribution pot would be established. Instead, the CDU argues that structural reforms in the affected countries would make more sense.

The G7 summit made clear how fragile the foreign policy consensus of the EU member states is: The Italian Prime Minister Giuseppe Conte was the only EU representative who declared himself in favour of the proposal made by Trump to bring Russia back into the circle of industrial nations.

Merkel, on the other hand, sees her proposal to set up an EU Security Council in the future as a response to the often polyphonic European foreign policy. The problem: It is a vision focused on the distant future.

One response to “After turbulent G7 meeting, EU’s unity is fragile”