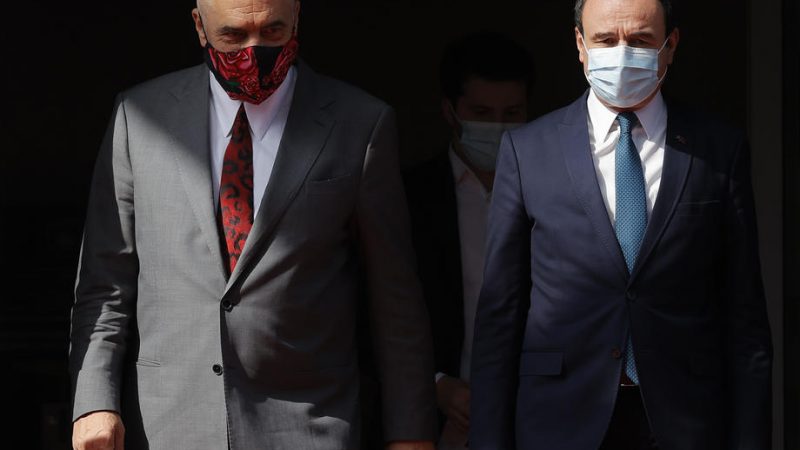 Albanian Prime Minister Edi Rama voiced support on Monday (27 September) for Kosovo’s decision to require Serbian vehicles entering its territory to display temporary Kosovo plates, a move that has sparked fresh tensions in the region and prompted international calls for a swift de-escalation.

“The application of reciprocity is not only a norm in international relations, but it’s also an agreement reached between parties. He [Kurti] judged it right, and this position remains unchanged. The right is with Kosovo and not with Serbia,” Rama said after meeting with Kosovo Prime Minister Albin Kurti in Pristina. 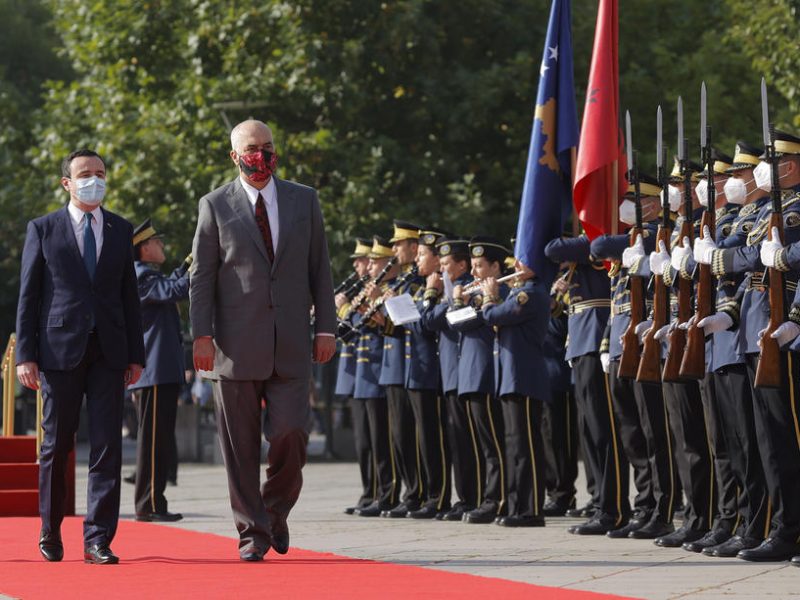 Since Kosovo declared independence from Serbia in 2008, vehicles crossing into Serbia have used temporary Serbian plates. A 2016 agreement between the two countries allowed vehicles from both countries to travel freely, but Kosovo vehicles were still forced to abide by the temporary plate requirement.

This agreement expired on 15 September, and Kurti decided to impose the same rule as Serbia. The reciprocal measures did not go down well with Kosovo’s northern neighbour, who responded by sending military aircraft and tanks to the border.

Rama described Serbia’s actions as “theatrical military manoeuvres” and said that parties should solve the problem through dialogue. He added that he had had no contact with Serbian President Aleksander Vučić because, according to him, there is nothing to mediate.

Meanwhile, Vučić gave an ultimatum to NATO on Monday, giving them just 24 hours to intervene if Kosovo Serbs are threatened.

Appearing on Serbia’s Pink TV, Vucic said: “We will wait 24 hours for you to react as NATO, and if the pogrom against our population continues, Serbia will react.”  He said he had relayed the same message to NATO General-Secretary Jens Stoltenberg in a phone call over the weekend.

Open Balkan initiative to go ahead despite criticism of Serbia

Rama and Kurti also agreed to strengthen the cooperation between the two countries, but Rama still confirmed that he would be going ahead with the ‘Open Balkan’ initiative to see free trade and travel between Serbia, Albania, and North Macedonia.

Kosovo has refused to join in as Kurti voiced concerns that the initiative does not recognise Kosovo’s sovereignty and would undermine possible EU integration.

The EU, US, and NATO have called on Belgrade and Pristina to reduce tensions and resolve the issue through dialogue. Kurti has said he is ready to negotiate and lift the requirement for temporary license plates as long as Serbia does the same.

Vucic has rejected the offer and stated he would only engage in dialogue once Kosovo lifts the requirement for Serbian vehicles.

The Serbian president is scheduled to meet the ambassadors of the Quint countries – US, UK, France, Germany, and Italy – later on Monday. They are expected to propose a way of resolving tensions in Kosovo.