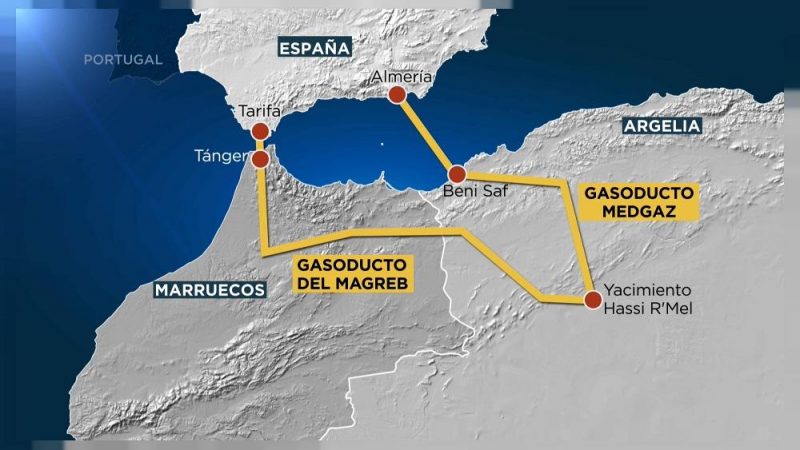 A map of the gas pipelines linking Spain to Algiers [Paudal.com]

Gas giant Algeria threatened Wednesday (27 April) to break a contract to supply gas to Spain if Madrid transferred it onwards to “a third destination”, amid tensions with regional rival Morocco.

Algeria’s state-owned energy giant Sonatrach supplied more than 40% of Madrid’s natural gas imports in 2021, most of which was supplied directly through the 750-kilometre Medgaz deepwater pipeline.

But Algiers in November shut supply through the GME due to a diplomatic rupture with Rabat, depriving Morocco of Algerian gas.

On Wednesday, Algeria’s Energy and Mines Minister Mohamed Arkab said his Spanish counterpart informed him that Madrid was to “authorise the operation, in reverse flow” of the GME pipeline, and that this would start “today or tomorrow”, an energy ministry statement said.

It did not mention the country the gas would be sent to.

However, in February, Spain said it would help Rabat to “guarantee its energy security” by allowing it to transport gas through the GME.

Algiers warned that any routing of “Algerian natural gas delivered to Spain, whose destination is none other than that provided for in the contracts, will be considered as a breach of contractual commitments.”

Doing so “could result in the termination of the contract between Sonatrach and its Spanish customers”.

Algeria and Morocco have seen months of tensions, partly over Morocco’s normalisation of ties with Israel in exchange for Washington recognising Rabat’s sovereignty over the disputed region of the Western Sahara. 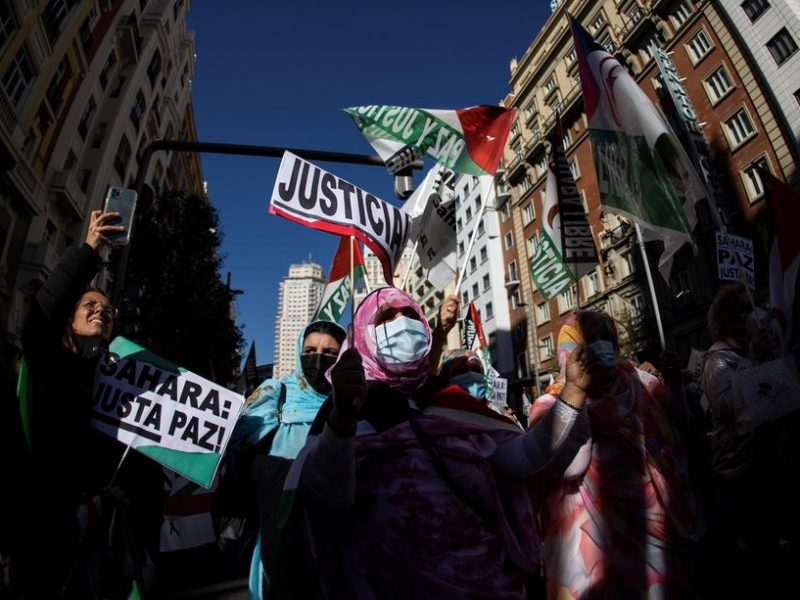 Spain, which is dependent on Algeria for gas supplies, broke in March with its decades-long stance of neutrality and recognised Morocco’s autonomy plan for the territory, a former Spanish colony.

Algeria’s warning comes as Europe seeks to wean itself off Russian energy following its invasion of Ukraine.

Russia’s state energy giant Gazprom on Wednesday stopped all gas supplies to Poland and highly dependent Bulgaria, raising the spectre of a shortage in the region — and Europe as a whole. 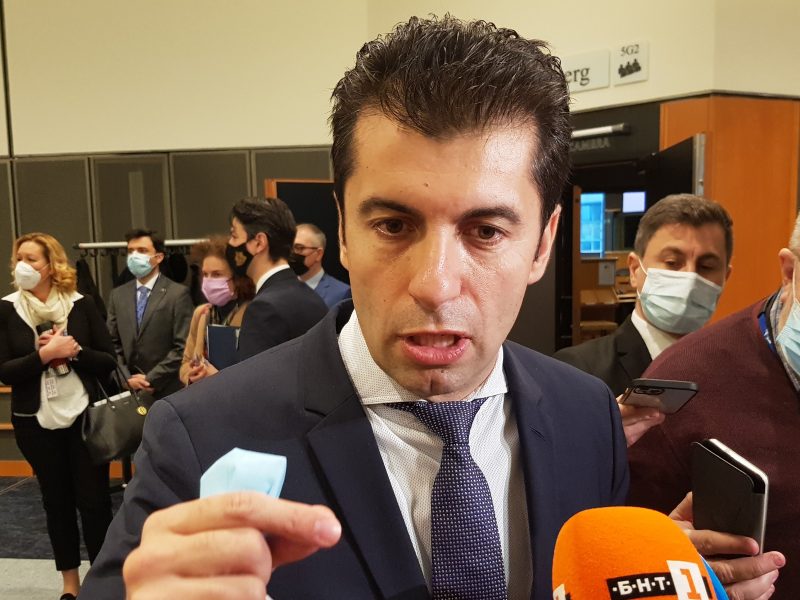