Amidst pandemic, rule of law deteriorates in over half the world 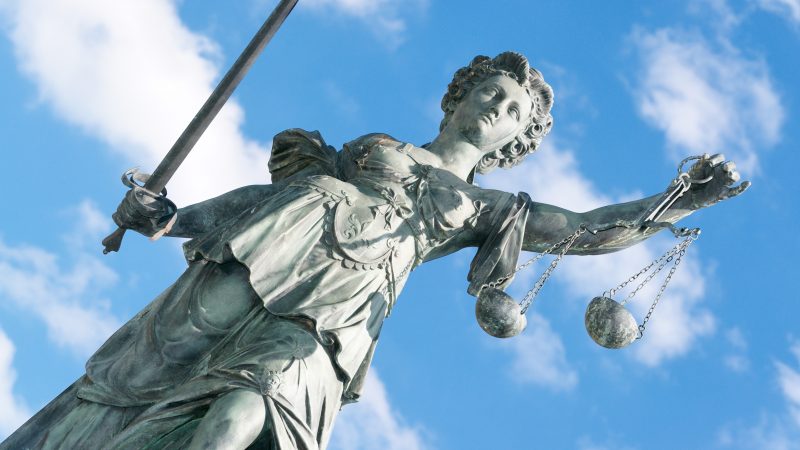 "With negative trends in so many countries, this year’s Rule of Law Index should be a wake-up call for us all," said WJP CEO Bill Neukom. [Francesco Carucci / Shutterstock]

This year’s report, released on Wednesday (13 October), is the first in the annual series to examine the rule of law during the COVID-19 pandemic.

“With negative trends in so many countries, this year’s [index] should be a wake-up call for us all,” said Bill Neukom, CEO of the World Justice Project.

Věra Jourová, the vice-president of the European Commission in charge of values and transparency, said the rule of law was “central to making the European Union work well as an area of freedom, security and justice, and for creating an internal market”.

“But we have unfortunately seen rule of law concerns emerging in certain member states over the past years,” she said in reference to backsliding in countries like Hungary and Poland, which have raised tensions with Brussels.

The annual Rule of Law Index relies on national surveys of 138,000 households and 4,200 legal practitioners and experts worldwide, assessing countries’ performance with 44 indicators across eight categories.

Eleven new countries were added to this year’s report, allowing the WJP to cover the entire EU for the first time.

“The index is a diagnostic tool to really shine a mirror reflecting the views of people in that country. So, we don’t analyze the cause and effect — we analyse what [experts] and people are saying when we ask them these questions,” said Ted Piccone, WJP’s chief engagement officer.

The report shows that more countries declined than improved in overall rule of law performance for the fourth consecutive year, with 95 countries experiencing decline and just 33 improvements. The countries which declined make up 84.7% of the world’s population, or roughly 6.5 billion people.

“Behind these statistics are people like you and me, who depend on rule of law to create economic opportunity, to protect them from fraud and discrimination, to keep their communities safe and to protect their rights,” said William Hubbard, chair of WJP’s board of directors.

Piccone said Western Europe and North America have historically performed at the top of global rankings but in recent years, both have been consistent with the multi-year decline seen across the board.

“We’re seeing had really pronounced backsliding and one example of that is that if you look at the number of countries around the world that have declined for three years in a row, Europe and North America had the highest percentage of any region with that kind of decline,” Piccone said. “So this is a persistent trend that started before COVID-19, and it’s only gotten worse during the pandemic.”

But there’s an explanation, in part, for why many countries have experienced declines during the pandemic.

“The pandemic did have an immediate effect on many countries around the world, including Europe, in terms of closing borders, freedom of movement, freedom of assembly, the closing of records, the closing of Parliament, and the delay in elections,” Piccone said.

Each of these factors therefore had an effect on the rule of law under the WJP’s index.

In order to tackle the COVID-19 pandemic, many governments issued states of emergency or other executive measures. At first glance, emergency measures are “not that unusual or surprising and not a rule of law problem, as long as [they are] done in accordance with the law,” Piccone explained.

But when political leaders use emergency procedures to crack down on other sectors or fail to allow other governmental entities to check their powers, it becomes a problem.

In many countries, for example, leaders must bring a state of emergency to their parliament periodically, so lawmakers can vote to renew or terminate the executive order. The WJP saw an increase in state heads extending their emergency measures without prior approval, or even attempting to stifle political opposition in the name of public health.

Within the past year, 70% of countries in the index declined in constraints on government powers. One factor that was especially affected is immigration.

In the US, for example, borders are still closed to the majority of migrants and travelers, besides a few ‘exceptional’ cases.

“The Trump [administration], and now Biden, is saying that we can’t let all these migrants into the country, even if they have asylum claims, unless our public health emergency requirements have been removed,” Piccone said.

Piccone said that in this case, states of emergency are being “over-interpreted, being stretched too far” in terms of the rule of law.

But the pandemic is not the single reason for the negative trends in government constraints and justice, said WJP Chief Research Officer Dr. Alejandro Ponce.

The pandemic caused delays and problems of access within justice institutions, but Ponce said these issues arose “in the [pre-existing] context of limited innovation and limited access needs.” Countries were already experiencing declines due to weakened institutions and shrinking civil spaces.

Findings from the international task force Pathfinders for Justice estimate that before the pandemic, roughly 5.1 billion people lacked access to justice, he said.

Vulnerable groups are more at risk

In terms of discrimination, Ponce said the challenges of the pandemic affected vulnerable groups the most prominently, and governmental measures benefitted some groups more than others.

“This probably contributed to the rise in perception of discrimination, but there were some structural factors, as well, that had probably been going on for longer periods,” Ponce said.

Poland, for instance, saw the largest decrease in overall rule of law among EU member states, at 2.4%. While most countries in the bloc experienced decline, the majority of scores decreased by less than one percent.

Poland ranks 26 out of 31 countries in Western Europe and North America.

Poland has seen a significant trend of deterioration in fundamental rights and government constraints.

This may not come as a surprise, considering Poland’s reputation for ‘LGBT-ideology free zones,’ recent migrant deaths at the Poland-Belarus border, the Turow coal mine dispute and talks of ‘Polexit.’ But it wasn’t always this way.

Country scores are ranked on a scale from 0 to 1, with countries ranked one considered ‘perfect’ in terms of rule of law. In 2015, Poland scored 0.77 in government constraints, dropping down to 0.54 this year. Similarly, Poland dropped from 0.77 to 0.61 in fundamental rights between 2015 and 2021.

The fundamental rights indicator is measured by eight factors. Piccone said surveys look at discrimination toward a number of groups and types of discrimination they experienced, sorted by gender, socioeconomic status, ethnicity, LGBTQ status, and more.

This gives researchers a broad view of discrimination, which ties into the fundamental rights indicator and the country’s overall score. Each of the eight indicators holds equal weight in the WJP’s evaluations, and overall scores are calculated using a simple average of the indicators.

Elizabeth Andersen, WJP’s Executive Director, said a major lesson to be drawn from this year’s index is that “we can’t expect just to bounce back after the pandemic. There are some long-term trends and weaknesses that are going to be difficult to address over the long term.” 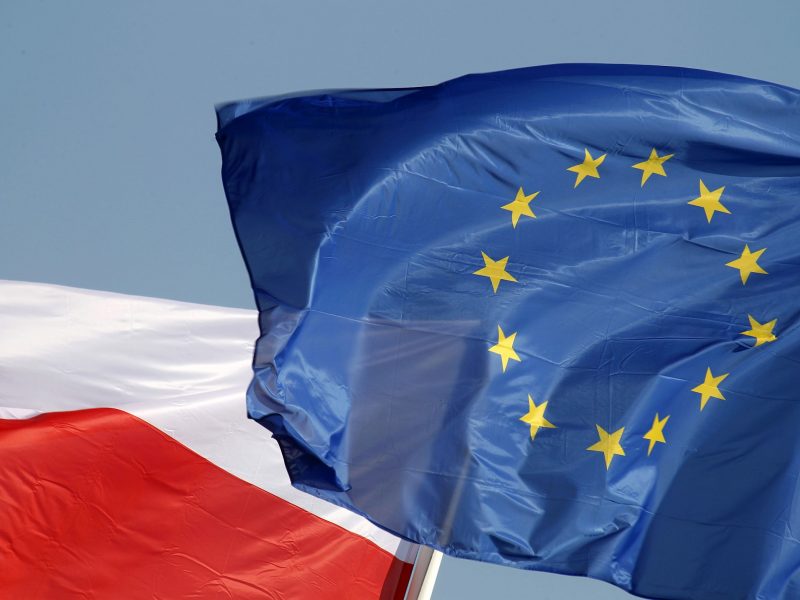 One response to “Amidst pandemic, rule of law deteriorates in over half the world”