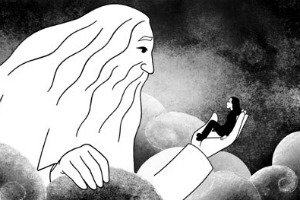 Massive violence against Christian Copts in Egypt and the ransacking of a TV station in Tunisia by Islamists is raising the long-avoided question whether the Arab spring has opened the door to democracy or to cultural and religious intolerance instead.

At least 25 people were killed in Cairo and 272 were reportedly injured, when troops broke up a protest, deepening public doubt about the military's ability to steer the country peacefully towards democracy, Reuters reported.

In the worst violence since Hosni Mubarak was ousted, armoured vehicles sped into a crowd late on Sunday (9 October) to crack down on a protest by Coptic Christians near Cairo's state television. They took to the streets after accusing Muslim radicals of partially demolishing a church in Aswan province last week.

Tension between Muslims and minority Coptic Christians have simmered for years. Relations have worsened since the anti-Mubarak revolt, which gave a freer rein to Salafist and other radical Islamist groups that the former president had repressed.

According to Stratfor, the global intelligence website, the state media exacerbated the tensions by blaming the Copts for the violence. The media exhorted people to go on the streets and defend the army from the Copts.

Prime Minister Essam Sharaf, appearing on state TV in the early hours on Monday, said the government's attempts to build a modern, democratic state were being disrupted by security concerns and talk of plots against democracy.

"We will not surrender to these malicious conspiracies and we will not accept reverting back," he said before the interim cabinet met and launched an investigation into the violence.

Catherine Ashton, the EU High Representative for Foreign Affairs, expressed her "extreme concern" by the large number of deaths and injuries among the Coptic Christian community, resulting from the violent clashes in Egypt.

"Freedom of religion or belief is a universal human right, which needs to be protected everywhere and for everybody. It must be an essential part of the transition to democracy as Egypt builds a free and democratic society," Ashton stated.

Many liberal politicians and Egyptians have been worried by the rising influence of the Muslim Brotherhood since the February uprising. Voting in a parliamentary election in Egypt starts on 28 November.

In Tunisia, the first Arab country to oust its authoritarian ruler last January, and where the first democratic elections are due on 23 October, Islamists attacked a TV station which had shown the award-winning cartoon film Persepolis.

Persepolis, which was broadcast on Friday by the channel, is a French-Iranian animation feature based on an autobiographical graphic novel by Marjane Satrapi. It depicts the last days of the Shah and Iran's 1979 Islamic Revolution.

The protesters are angered by fantasy scenes in which God is shown talking to a young girl.

Officials quoted by the BBC said the activists had tried to set Nessma TV station on fire after it broadcast the animation, which they deem to be blasphemous.

Police clashed with other Islamists who want a ban on women wearing the niqab at university lifted, reports say.

The protests come ahead of elections for a constitutional assembly. The poll, in two weeks' time, will be the first vote in Tunisia since long-time President Zine al-Abidine Ben Ali was toppled in January.

Correspondents say that since Ben Ali's autocratic government has been toppled, more conservative Muslims are making themselves heard.

"It is about time that the Egyptian leadership understands the importance of religious plurality and tolerance," he said. Chancellor Angela Merkel's spokesman, Steffen Seibert, said Germany was very "worried" by the situation.

"We can only call on the Egyptian government to get to the bottom of these incidents as soon as possible and bring those responsible to justice," Seibert told journalists.

"I am very concerned, very alarmed about the clashes in Cairo", said Hague.

Tunisia will hold elections on Oct. 23. Some 11,000 candidates representing 110 parties will contest 218 seats in an assembly to rewrite the country's constitution.

Egyptians were among those most stirred by the Tunisian uprising to throw out their own leader. But months after long-time president and U.S. ally Hosni Mubarak was forced out, a military council still holds power amid accusations of human rights abuse, and has yet to set a date for elections.

On 25 May, the European Commission unveiled a fresh 'Neighbourhood Policy', proposing to revamp the EU's relations with countries on its Eastern and Southern borders.

The 20-page document, entitled 'A New Response to a Changing Neighbourhood', largely reflects ideas developed by Commissioner Štefan Füle in a wide-ranging interview with EURACTIV