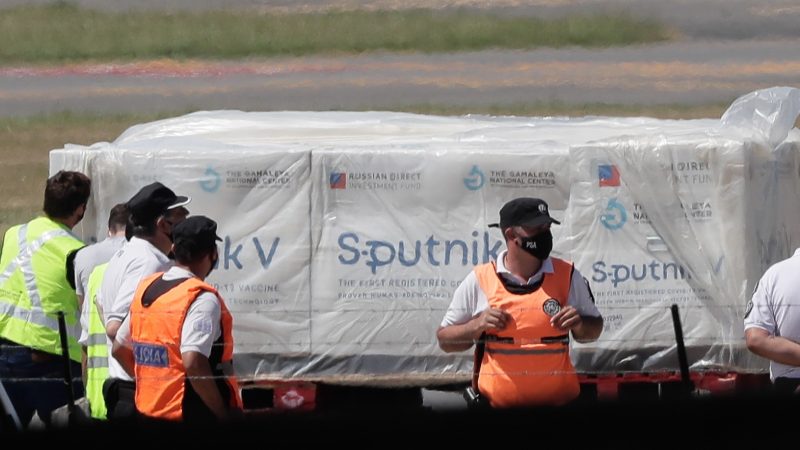 Argentina has complained to Russia about delays in delivering second doses of its Sputnik V coronavirus vaccine in a letter warning of breach of contract repercussions, the government in Buenos Aires said Thursday (22 July).

In December, Argentina became the first Latin American country to approve the Sputnik vaccine, with the president and his deputy among the first to receive it in a public show of confidence.

The letter said Argentina “urgently” needed delivery of second doses and warned that “the entire contract is at risk of being publicly cancelled.”

Inoculation with Sputnik V, produced by Russian institute Gamaleya, requires two doses that differ from one another and cannot be swapped or mixed with other vaccines.

The letter said Argentina understood there had been “production difficulties”.

“But now, seven months later, we are still far behind, while we are starting to receive doses from other providers on a regular basis, with schedules that are met.”

The country of 45 million people had signed a deal with Russia for 30 million Sputnik V doses, of which it has received fewer than 12 million, according to Nicolini.

It has received 9.37 million doses of the first shot, but only 2.49 million of the second.

At the start of its vaccine campaign, Argentina sought to give a first dose to the largest number of people, to be followed three months later by the second.

Most people who received their first Sputnik V shot are still awaiting the second one more than three months later.

The government has in recent weeks sought to accelerate its vaccination driven in a bid to preempt a rise in infections driven by the highly-contagious Delta virus variant, not yet circulating in Argentina.

Argentina is also using the AstraZeneca and Sinopharm vaccines, and recently received a donation of Moderna shots from the United States.

Just over 17 million Argentines have received a first shot of one of the vaccines, and fewer than six million have received two jabs.

The country has registered some 4.79 million coronavirus cases and nearly 103,000 deaths.

It has since been declared safe and over 90 % effective in a report published by leading medical journal The Lancet, restoring confidence in Russia’s jab.

The RDIF has signed production agreements with several countries, including India, which is expected to produce several hundred million doses per year.

The RDIF says its two-dose vaccine has been approved in 68 countries and that it has applied for registration in the European Union.