As COVID-19 cases grew, US Senators sold off stocks and downplayed risks 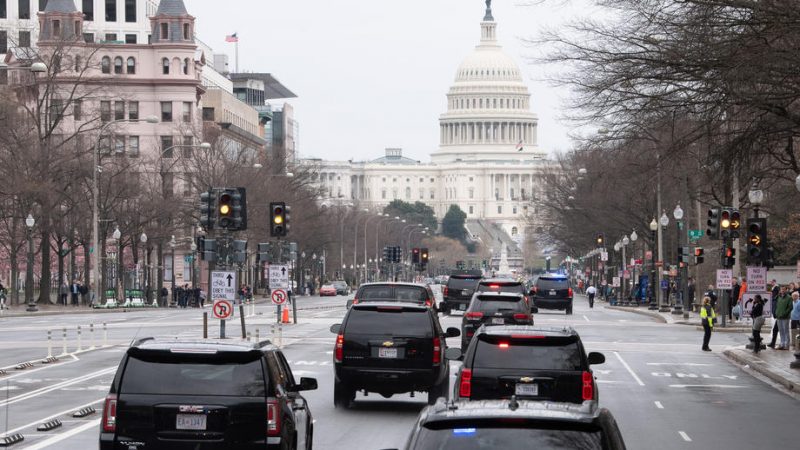 After early briefings on the coronavirus, some US Senators sold off stocks and downplayed the pandemic's risk. [EPA-EFE | Kevin Dietsch/Pool]

After receiving classified briefings about the coronavirus, some US Senators sold off stocks and then downplayed the virus’ risk to the public. Financial reporting currently shows that five senators have sold major holdings in recent months. Public outrage is high and calls for resignations are mounting.

With confirmed COVID-19 cases rapidly rising, the US has ramped up its response to the pandemic in recent days after an initial muddled response from the government, which downplayed the risks of the virus.

However, recently released financial reporting shows that certain US Senators were selling off massive stock holdings in the weeks leading up to the crisis. In many cases, they did this while downplaying the risks to the public. These four senators include: Richard Burr (R-NC), Kelly Loeffler (R-GA), Jim Inhofe (R-OK), and Dianne Feinstein (D-CA). Senator Ron Johnson (R-WI) also came under scrutiny for selling his stake in a privately owned manufacturing company.

The wave of news kicked off early Thursday morning (19 March), when the US public broadcaster NPR obtained an audio recording of Senator Burr speaking at a non-partisan private event in Washington on 27 February.

In weeks of previous public statements, Burr played down the risk of the virus. In an op-ed on Fox News, he wrote that “the United States today is better prepared than ever before to face emerging public health threats.”

However, in the recording, his tone was more serious. “There’s one thing that I can tell you about this: It is much more aggressive in its transmission than anything that we have seen in recent history…It is probably more akin to the 1918 pandemic,” he told event attendees.

Later, news broke that Burr, who sits on the Senate Health Committee and chairs the Senate Intelligence Committee, had sold between $628,000 and $1.3 million worth of holdings in 33 transactions on 13 February. At the time, he was receiving daily briefings on the state of the coronavirus through his committee positions.

In response to the reporting, Burr condemned NPR’s article, calling it a “tabloid-style hit piece” in a series of tweets, but did not comment on his stock sales.

However, he is not the only senator accused of profiting off the pandemic while downplaying its risks.

Senator Kelly Loeffler, a member of the Senate Health Committee, and her husband, who chairs the New York Stock Exchange, began to sell off stocks worth multiple millions of dollars on 24 January.

As recently as 11 March, Loeffler tweeted: “The consumer is strong, the economy is strong, & jobs are growing, which puts us in the best economic position to tackle COVID-19 & keep Americans safe.”

Concerned about #coronavirus? Remember this:

The consumer is strong, the economy is strong, & jobs are growing, which puts us in the best economic position to tackle #COVID19 & keep Americans safe.

Loeffler has called the accusations a “ridiculous and baseless attack” and said that all sales were conducted by a third-party financial adviser without her or her husband’s knowledge.

Senator Dianne Feinstein, also a member of the Senate Intelligence Committee, sold off between $1.5 and $6 million in stocks in a pharmaceutical company between 23 January and 18 February. Feinstein claimed that she had no role in the stock sales, and her spokesperson said that all of her financial assets are in a blind trust. Senator Jim Inhofe is reported to have sold up to $400,000 on 27 January. These sales included stocks in Apple, Paypal, and a real estate company. Inhofe has claimed that he also has no involvement in his investment decisions.

On 2 March, Senator Ron Johnson sold his personal stake in a private manufacturing company with ties to his family worth between $5 and $25 million. Johnson has defended the sale, which was announced on 11 February, claiming that the plan has been in the works since 2018 and had nothing to do with the coronavirus.

Johnson had recently made headlines for voting against the coronavirus relief package and comparing COVID-19 to fatal traffic accidents.

“I’m not denying what a nasty disease COVID-19 can be, and how it’s obviously devastating to somewhere between 1 and 3.4% of the population,” he told the Milwaukee Journal Sentinel. “But that means 97 to 99% will get through this…we don’t shut down our economy because tens of thousands of people die on the highways. It’s a risk we accept so we can move about.”

Bipartisan calls for mass resignations and investigations have mounted, including from prominent Democrats like Alexandria Ocasio-Cortez (D-NY), liberal groups, and certain Republicans.

Even popular conservative Fox News commentator, Tucker Carlson, condemned Burr’s actions and–save an “honest explanation for what he did”–demanded he “resign from the Senate immediately and face prosecution.”