The EU hopes that improving ties with its Arab neighbours would help advance its policies, not least its aim to fight illegal immigration from the Middle East and North Africa.

But after the murder of a journalist in a Saudi consulate last October, European officials helping to prepare for the Feb. 24-25 summit in Egypt say they are now focused mainly on limiting the awkwardness.

“The idea was to give them red carpet treatment and start engaging with them more, see what we can do on migration,” said one European diplomat. “But now we are in an unlucky spot as some of the (Arab League) national leaders are not our favourites.”

With barely three weeks to go before the summit, top EU leaders have yet to confirm their participation.

A lower-level meeting of Arab League and EU foreign ministers intended to set up an agenda for the summit ended on Monday in Brussels with no agreement on a joint statement.

As top EU diplomat Federica Mogherini was explaining to a news conference why they had failed to agree, she was interrupted by her co-chair, the Arab League Secretary-General Ahmed Aboul Gheit.

There were “more complications on the European side than the Arab side,” Aboul Gheit said. In a friendly but public sign of disagreement, Mogherini snapped back: “I would say the contrary.”

The EU wants to focus at this month’s summit on migration, but that is a fraught area in which EU member states disagree sharply among themselves. Hungary, led by an anti-immigration hardliner, vetoed Monday’s joint declaration over the subject.

“This summit has been very difficult to organise, to find a date, nobody really wants this,” another EU official said of the top-level talks later this month.

“For the EU it is all about migration, but there are so many other touchy subjects that people would rather not address.” 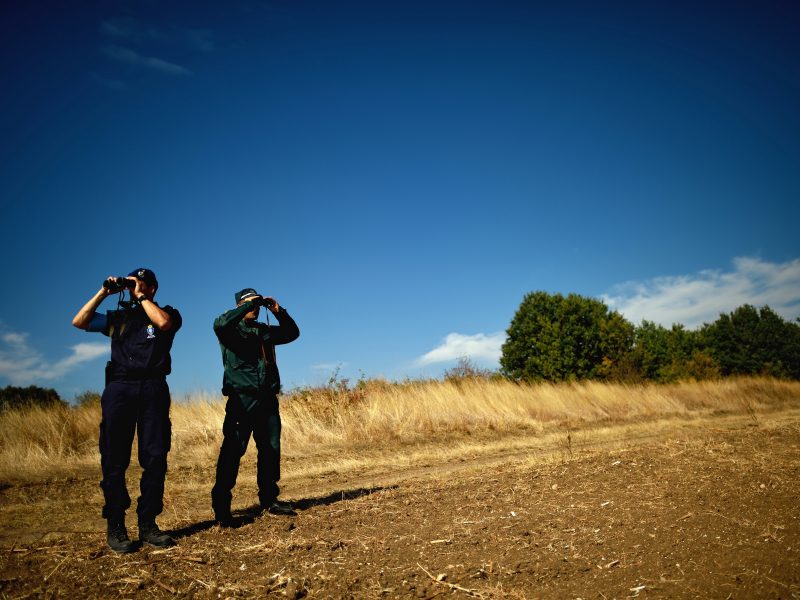 A key change in the European-Arab relationship in recent months has been the collapse in the global standing of the wealthy and influential Arab leader, Saudi Arabia’s Crown Prince Mohammed bin Salman.

The West’s relationship with Saudi Arabia – the world’s biggest exporter of oil and second biggest importer of arms – has been the bedrock of its ties to the Arab world for decades.

But the de facto ruler has been shunned since US-based journalist Jamal Khashoggi was killed at the Saudi consulate in Istanbul in October. Riyadh initially denied the killing, then gave conflicting accounts. It now accepts that its agents killed him but says its leadership had nothing to do with it.

Adel al-Jubeir, Saudi Minister of State for Foreign Affairs, arrived at Monday’s meeting in Brussels speaking as if little had changed: the sides faced common challenges “like countering extremism and terrorism,” he said. “There are also big offers related to trade and investment.”

But relations are not what they once were. Attending an event with the crown prince is tricky for some European leaders who were already accused by rights groups of rubbing shoulders with him at a meeting of the G20 industrialised countries in November, European sources said.

Nor is Crown Prince Mohammed the only potentially awkward guest for the EU. In recent weeks, Arab states have been showing solidarity with Sudan’s President Omar al-Bashir, who has been facing the most sustained anti-government demonstrations at home of his 30 years in power.

Bashir, wanted for war crimes by the International Criminal Court in the Hague, is persona non grata for some Europeans.

“We don’t deal with him directly, but we deal with Sudan,” an EU official said. “They could send somebody else.”

A guest even more unwelcome to the Europeans will not be invited to this summit, but could be at a future one soon: Syria’s Bashar al-Assad.

Hostility to Assad has long been an issue on which European countries agreed with the leading Arab states, which suspended Damascus from the Arab League in 2011. But with Assad’s future now all but secured by Russian and Iranian forces, some Arab countries are pushing to readmit Syria. Most EU countries are not ready to rehabilitate him.

“We are not in a situation today to renew a normal relationship with Syria,” Belgium’s Foreign Minister Didier Reynders said on Monday.

However, Austria and the Czech Republic are more amenable, hopeful that restoring ties with Assad would help Syrian refugees return home.

“Preparations for the summit are going very slowly, it’s all rather uncomfortable,” one EU diplomat said, but stressed there were no plans to call the whole thing off.

“There are plenty of embarrassing traps to avoid, like sitting at one table with the Saudis, Sudan’s Bashir, or even Assad returning.”