At EU summit, Spain warns of ‘unprecedented crisis with Morocco’ 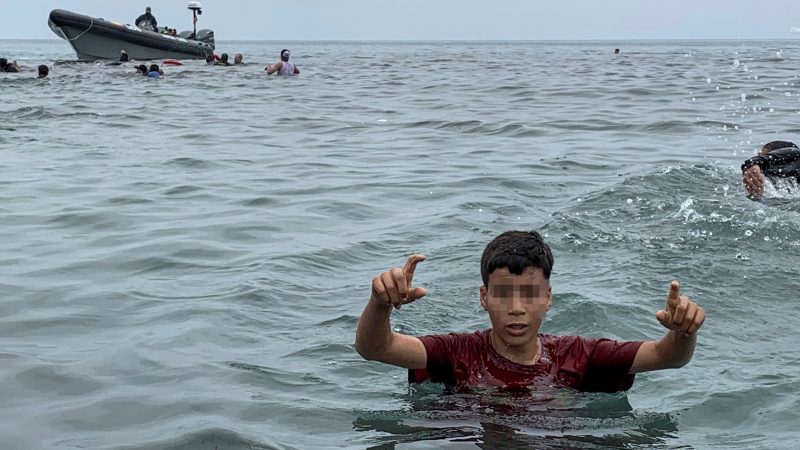 A minor migrant tries to swim near the coast of Fnideq (Morocco) in an attempt to cross over to Ceuta, Spanish enclave on the north of Africa, 18 May 2021. [Mohamed Siali/EPA/EFE]

Spain sent a clear message to Morocco Monday (24 May), insisting on respect for its shared borders a week after over 8,000 migrants entered its Ceuta enclave, with 1,000 minors still there.

Speaking in Brussels during an EU summit, Prime Minister Pedro Sánchez said the crisis had “triggered a crisis unprecedented in recent years between the European Union and Morocco”.

Spain’s two tiny enclaves of Ceuta and Melilla have Europe’s only land border with Africa, making them a magnet for migrants desperate to escape grinding poverty and hunger. 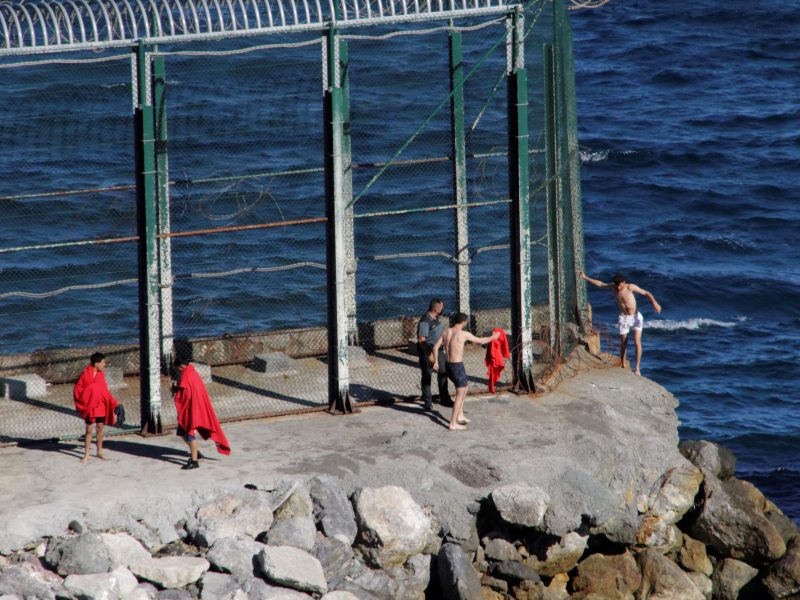 A spokesman for the Spanish government delegation in …

“The relationship between the EU and Morocco, between Spain and Morocco, is a strategic one… but it must be based on two fundamental pillars,” Sánchez said in remarks broadcast live on Spain’s public television.

“The first is trust and the second is respect, in this case, respect for Europe’s borders, for Spain’s borders in Ceuta and Melilla.”

The migrant surge in Ceuta is likely to be raised as EU leaders gather in Brussels for a summit, with Sánchez highlighting Spain’s importance in representing Rabat’s interests.

“We must always remind Morocco that it has no better or greater ally within the EU than Spain to defend the strategic interests that are so important for Morocco,” he said.

Earlier on Monday, a spokesman for Spain’s interior ministry said 7,500 people had so far returned to Morocco while “around 1,000” under-18 remained in Ceuta.

Also last week, more than 150 migrants managed to cross the fence into Melilla, Spain’s other coastal enclave some 400 kilometres to the east.

The figure of 1,000 minors left in Ceuta is twice that given on Friday by one of the enclave’s top officials who said they were caring for 438 youngsters — while acknowledging hundreds more were on the streets still to be registered.

For now, all efforts are focused on tracing their parents, with the authorities under pressure to examine each case individually to see whether it is best to return youngsters to their families or let them stay in Spain.

Under international law, an unaccompanied minor cannot be sent back across a border without a detailed examination of their situation.

The migrants were able to cross after Moroccan border forces deliberately looked the other way in what was widely understood as a punitive gesture after Spain offered hospital treatment to the leader of Western Sahara’s independence movement.

The move infuriated Rabat but on Monday, Spain’s Justice Minister Juan Carlos Campo said he believed the crisis with Morocco was easing.