“Steps such as demands for independence that can cause new crises and conflicts in the region must be avoided. We hereby call on the Iraqi Kurdish Regional Government to abort the initiative they have launched in that direction,” Erdoğan said in a speech to the UN General Assembly.

“Ignoring the clear and determined stance of Turkey on this matter may lead to a process that shall deprive the Iraqi Kurdish Regional Government of even the opportunities it currently enjoys.”

Turkey, which has already warned against the vote, has its own long-running conflict with separatists among its sizable Kurdish minority and has also vowed to quash any Kurdish state from emerging in war-torn Syria.

As Erdogan rants against Kurdish independence in the UN, his state is funding terrorists or bombing Kurds in Iraq, Syria and Turkey. pic.twitter.com/Hp6iC0OkYM

In a likely unstated warning, Turkey on Monday launched a military drill with 100 vehicles including tanks on the Iraqi border.

Iraqi Kurds will vote on 25 September in the non-binding referendum on whether to declare independence in a region that has already been autonomous since the aftermath of the 1991 Gulf War. 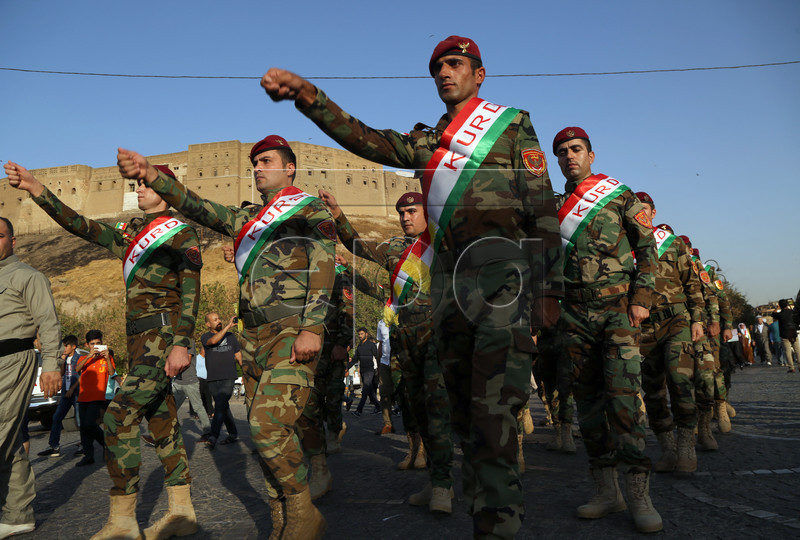 Virtually all countries including the United States and Iran oppose the referendum – with the exception of Israel, which sees a possible opening in a hostile region.

In #UNGA speech, #Erdogan calls for the creation of a Palestinian state & opposes the same for Iraqi #Kurds. #Hypocrisy

Erdoğan, whose relations with Europe have become increasingly tense over his human rights record, repeated his criticism that the European Union has not fulfilled its part of a migration deal.

Under the agreement last year, the European Union agreed to €3bn of support for refugees, mostly fleeing war-torn Syria, to stay in Turkey.

Erdoğan said the EU had sent only €820m of the package, which does not go directly into Turkish government coffers.

“Before the whole world, I hereby call on the countries and the international organisations, which have put all the burden of the 3.2 million people on Turkey’s shoulders, to fulfill the promises they have made,” Erdoğan said.