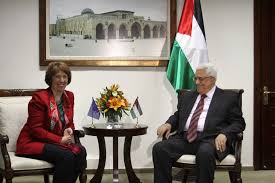 The European Union should stop funding Palestinian civil servants in the Gaza Strip because money is going to officials who do not work, European auditors said on Wednesday (11 December).

As the biggest aid donor to the Palestinian territories, EU taxpayers pay a fifth of the salaries of teachers, doctors and bureaucrats in the small coastal territory, which has been governed by the Islamist group Hamas since 2007.

But following an investigation into how EU aid is being spent, the European Court of Auditors has found that large numbers of recipients are providing no public service.

The court did not have overall figures on the size of the problem. But in one spot check, 90 of the 125 employees at the National Audit Institute of Palestine said they did not work.

In another sample, 40 percent of civil servants were not working, EU auditor Hans Gustaf Wessberg, who led the inspections over the past 16 months, told a news conference.

"Our suggestion is to discontinue the programme for employees in Gaza," said Wessberg, saying the money could go to the West Bank instead. "The payment of civil servants who do not work does not meet one of (the EU's) main objectives to provide public services to the Palestinian people."

Wessberg denied EU money was going to former prisoners or militants and blamed the problem on the split in the Palestinian Authority between Hamas in Gaza and Palestinian President Mahmoud Abbas's Fatah party in the West Bank.

The auditors looked into around €1 billion of spending in the Palestinian territories between 2008-2012.

Auditors could not establish what had happened to €90 million that was meant to pay fuel taxes and keep Gaza's only power plant running. Fuel shortages mean it has now ceased to serve nearly half the 1.8 million population.

Israel's on-off blockade of Gaza and Egypt's closure of around 1,200 tunnels that once linked the territory to the Sinai peninsula have choked off a large amount of economic activity.

The auditors' report raises questions about the oversight exercised by the European Commission, the EU executive, which is responsible for overseeing EU aid programmes.

But a Commission spokesman said many people were prevented from going to work in Gaza, referring to the fragile security situation in the strip, and needed financial support.

"If the Palestinian Authority is not paying these people, who is going to provide for them? If you have people running around without income, then of course, they are more prone to be taken by extremists," said Commission spokesman Peter Stano.

The report follows an EU audit published in June that found that a €1 billion euro package of support for Egypt from 2007 to 2013 had been mismanaged.

Over the past two decades, the EU has given €5.6 billion to the Palestinian territories.