Turkey’s foreign ministry swiftly condemned the move, which adds to strains in relations between Ankara and Europe.

Commenting on the decision to bar Minister Zeybekci, Austrian Foreign Minister Sebastian Kurz told ORF radio: “We do not want the heated atmosphere that exists in Turkey after the coup attempt and the waves of purges that followed it to take place in Austria.”

The planned event was “very big” and the visit represented a “danger for public order and security in Austria”, Kurz’s spokesman said.

Austrian Chancellor Christian Kern told ORF radio: “The Turkish government and its president are trying to exert political influence in Austria… We will not allow it.”

The decision follows a similar move by the Netherlands, which said on Friday (7 July) that Turkish Deputy Prime Minister Tuğrul Türkeş was not welcome to visit for a ceremony among Turkish expatriates to commemorate the anniversary.

Earlier this year, several EU countries imposed restrictions on Turkish ministers seeking to address Turks living in Europe ahead of a vote on constitutional changes in Turkey.

Then as now European governments cited security concerns for the travel restrictions.

“The blocking of our economy minister’s planned visit shows that Austria is not sincere in its approach towards defending democratic values,” he said in a written statement.

Turkish President Recep Tayyip Erdoğan complained last week that he was not allowed to speak to Turks in Germany during his visit to the country for a G20 leaders’ summit, telling a newspaper that Germany was “committing suicide”.

Austria said Zeybekci was still welcome to visit for bilateral discussions but not to attend any rally.

Austria has been one of the most vocal critics in the European Union of Turkey’s security crackdown since the failed coup last July in which 240 people were killed. Vienna has repeatedly called for Turkey’s EU accession talks to be stopped.

In the past year Turkey has jailed more than 50,000 people pending trial and suspended or dismissed some 150,000, including soldiers, teachers and civil servants, over alleged links with the exiled Muslim cleric Ankara blames for the coup.

Monday’s decision also echoes a dispute in March between Turkey and several countries with large Turkish populations, including the Netherlands and Austria, which blocked pro-Erdogan rallies in the run-up to a 16 April referendum that granted him sweeping new powers. 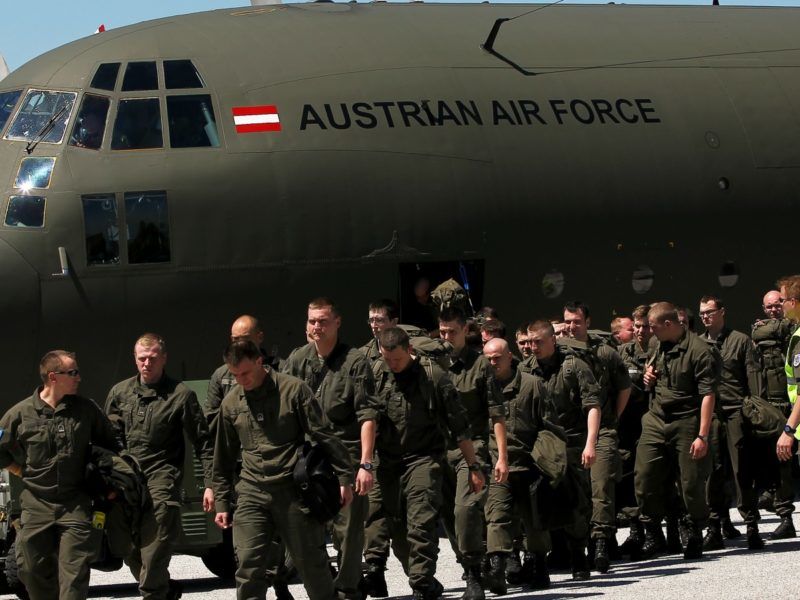 NATO reached a deal yesterday (23 May) to unblock partnerships with around 40 non-member countries which had been paralysed by a dispute between Turkey and Austria, officials said.