“He didn’t use me in any way,” Karin Kneissl said in an interview with Der Standard daily. “I see it this way: I have established a basis of trust with Putin and he with me — a reciprocity based on which it will become possible to talk about certain things.”

The invitation to the 18 August wedding and widely circulated images of Kneissl bowing down in front of Putin at the end of a dance have raised sharp criticism from the opposition and come amid reports that European intelligence services have distanced themselves from Vienna.

Kneissl was nominated to the post by the far-right Freedom Party (FPÖ), who took power in a coalition government with Kurz’s centre-right People’s Party (ÖVP) late last year. The FPÖ has a “cooperation pact” with Putin’s United Russia party since 2016.

Kneissl said she invited Putin in June when he was on an official visit in Vienna while she happened to be giving wedding invitation cards to Austrian Chancellor Sebastian Kurz and other colleagues that day.

“It was out of a spontaneous situation… I didn’t expect him to accept,” she was quoted as saying in the interview after returning from her honeymoon. “It was a huge surprise for all of us.”

She added that during the wedding, she and Putin briefly talked about Syria, but gave no further details. She and Putin have both insisted the wedding was a private event.

Vice Chancellor Heinz-Christian Strache of the FPÖ has defended Kneissl, saying “one can’t represent Austria any better than this”.

In an interview over the weekend with Die Presse daily, he said he may like to invite hardline Italian Interior Minister Matteo Salvini and Hungarian nationalist firebrand premier Viktor Orbán to his own wedding. 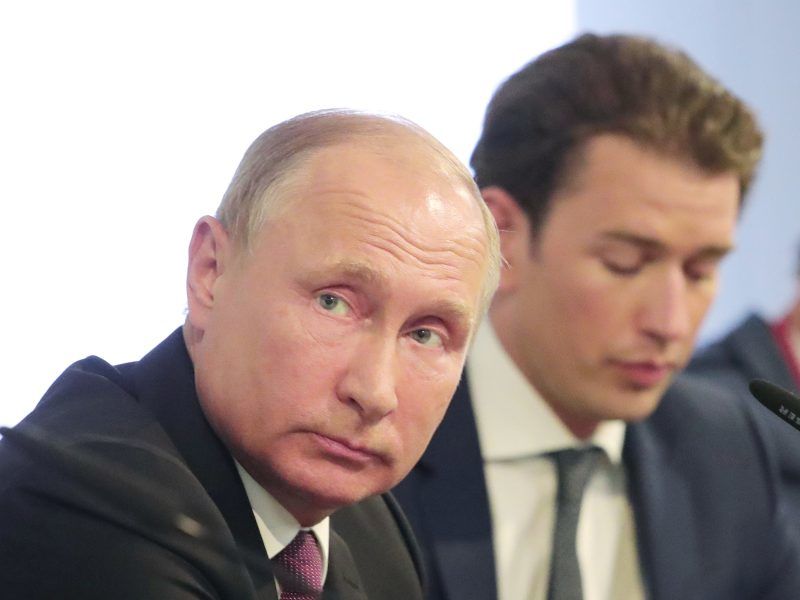 Putin’s visit came amid reports that other Western countries have been becoming warier of intelligence cooperation with Austria due to suspicions that the FPÖ and its interior minister are trying to exert influence on intelligence agencies.

The opposition last week called for a meeting of the national security council within two weeks to discuss the concern that information may no longer be shared by allies with Austria for fear it may be shared with Moscow.