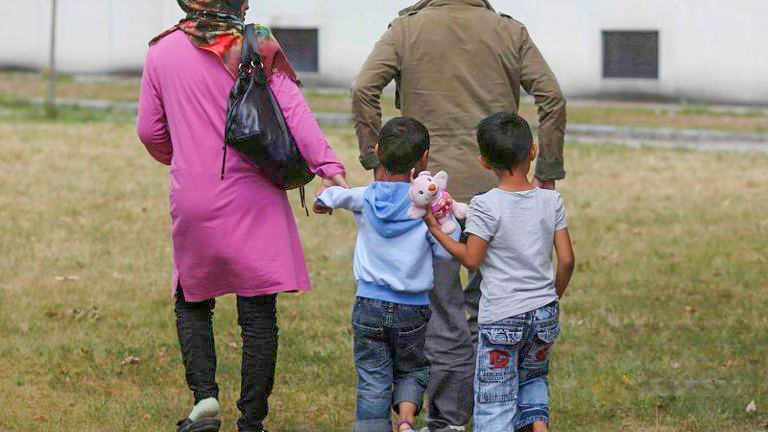 Asylum seekers walk past a house in the asylum processing center in Traiskirchen. July 31, 2015. [Reuters]

Austrian towns that balk at taking in refugees can be forced to accept migrants under draft legislation agreed by the two ruling parties and the opposition Greens on Monday (17 August).

The decision, which could become law by October, gives the federal government the upper hand in wrangling with provinces and municipalities over how to handle refugees whose treatment Amnesty International last week called “scandalous”.

Faced with local resistance, the ruling Social Democrats and their junior People’s Party coalition partners have struggled to respond to more than 28,000 people requesting asylum in the first six months of this year, more than the total for all of 2014.

The draft law – which needs support from the Greens to secure the required two-thirds majority in parliament – obliges towns to allow refugees numbering up to 1.5 percent of the local population onto federally-designated sites if their province does not fulfil agreed quotas.

Federal officials called the measure a way to ensure a more equitable distribution of refugees, but right-wing leader Heinz Christian Strache of the Freedom Party described it as the imposition of quotas “with brute force”.

Vienna, which has called for binding quotas to distribute migrants across the Europe Union, is sending around 500 asylum seekers to Slovakia to relieve pressure on its main intake centre in Traiskirchen.

The European Union last month failed to agree on how to spread 40,000 asylum seekers among its members.

0 responses to “Austria set to force towns to take refugees”