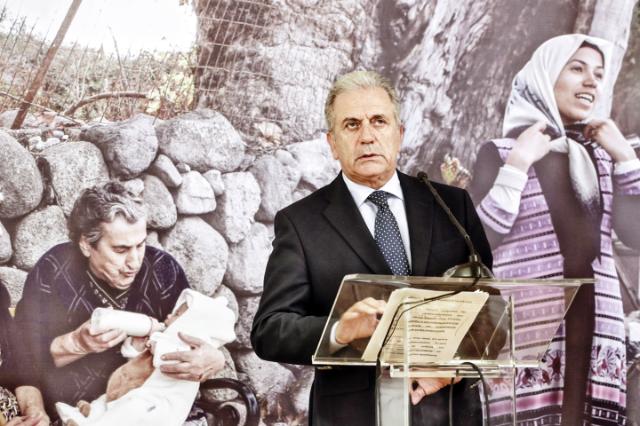 If Ankara does not join Europe’s efforts to tackle the refugee crisis the situation will deteriorate, European Commissioner for Migration, Home Affairs and Citizenship Dimitris Avramopoulos, has warned.

In an interview with Skai, EURACTIV Greece’s partner publication, the European Commissioner admitted that Turkey had not yet reached agreement with Europe in order to control the immigration and refugee influx.

“This recently started and the negotiation with Turkey is ongoing […] we will have very soon the result”, he said, stressing that Ankara has now started cooperating with Europe.

He added that there was no “bargain” with Turkey, that needs money to stop the flow and emphasized that its contribution was crucial.

“If Turkey does not become a part of Europe’s efforts the situation will worsen.”

Avramopoulos claimed that Europe reacted in time on the refugee crisis and urged the member states to follow its policy.

“Within six months we tabled an EU immigration agenda, it was debated in the European Parliament and it was approved, and within three months since then, we have approved an action plan to combat traffickers, this terrible industry that has been set up and takes advantage of these unfortunate people”, Avramopoulos said, adding that the EU also adopted the resettlement plan.

“Europe is moving, but member states are also responsible are urged to implement this policy”, he noted.

He also praised the role that the European parliament has played during the refugee crisis.

“It is our strongest ally and I would like to have the consent and involvement of member states as well”, Avramopoulos stressed.

Referring to the fences aiming to prevent the entry of migrants, the European commissioner emphasized that Europe was against them.

“Especially against those [fences] which are within the boundaries of Europe”, he said – obviously sending a message to Budapest.

The Hungarian government has also taken the first step towards joining Slovakia in its challenge of the EU’s position on the refugee crisis at the Court of Justice of the European Union (CJEU).

Hungary, along with Slovakia, strongly resisted the EU decision, recently adopted by a majority of member states following tough negotiations, to distribute the refugees currently in Italy and Greece across the other 26 EU countries.

Avramopoulos warned against the renationalisation of policies noticed in the “sensitive” Balkan region.

“Some [member states] lead Europe backward, even before the Second World War”, he said.

The commissioner admitted that Europe needed the migrants and it should have already adopted a plan for it.

“Europe is aging and will need qualified staff and scientists […] we will very soon table a plan on legal migration”, he noted, saying that this will happen in the first semester of 2016.

Referring to Greece’s role in the refugee crisis, he said that in the beginning Athens was focused on the handling of the economic crisis and that “no one could imagine last summer that thousands of refugees would come from the Turkish coast”.

“Greece currently accepts the bulk of the refugee stream and is obliged to offer assistance in conditions of dignity to all those who want to escape from wars […] But Greece is now moving.”

In the frontline of the refugee influx this year, Greece has been criticised for failing to implement EU law on registering new arrivals. Now, the EU plans to persuade refugees to wait in Greece for paid flights to other countries offering asylum, rather than risk dangerous winter treks through the Balkans.

During a mini-summit with Balkan states on 25 October, Athens committed to hosting 50,000 more refugees by the end of this year. Another 50,000 places should be made available in countries further north along the Balkan road. The EU has promised funds to Greece and the other countries to provide emergency help.