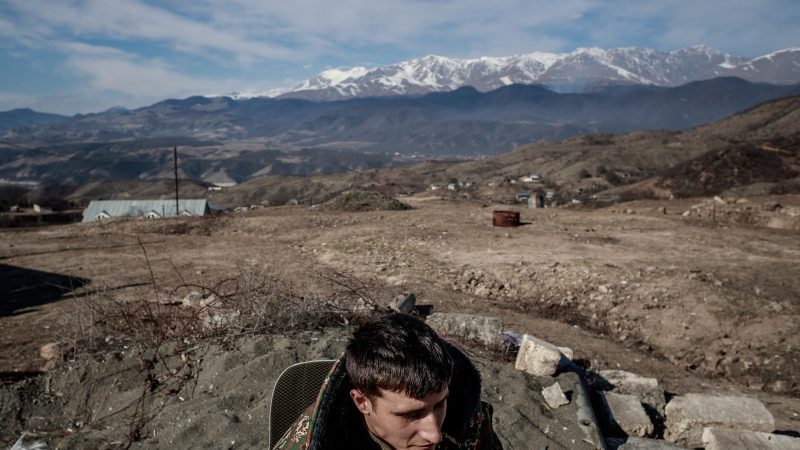 File photo. An Armenian soldier stands on a position in Drmbon, near Martakert, a north-eastern city of the self-proclaimed Nagorno-Karabakh Republic, 17 January 2021. [EPA-EFE/CHRISTOPHE PETIT TESSON]

Azerbaijan on Saturday (3 July) handed over to Yerevan 15 Armenian troops captured last year in the wake of an armed conflict over the disputed Nagorno-Karabakh region, officials said.

Foreign ministry in Baku said the move was part of a Russian-mediated deal and followed Yerevan’s decision to release to Baku maps of minefields in the conflict zone.

Fighting broke out between Azerbaijan and Armenia in September 2020 over Nagorno-Karabakh, claiming more than 6,500 lives over six weeks.

The war ended in November with a Russian-brokered ceasefire under which Yerevan ceded swathes of territories — in and near Karabakh — it had controlled for decades.

“On the initiative of the Russian Federation, Armenia submitted to the Azerbaijani side maps of about 92,000 anti-tank and anti-personnel mines planted during the occupation in the Fizuli and Zangilan regions” which were returned to Azerbaijan last year, the ministry said in a statement.

“The Azerbaijani side handed over to Armenia 15 people of Armenian origin.” 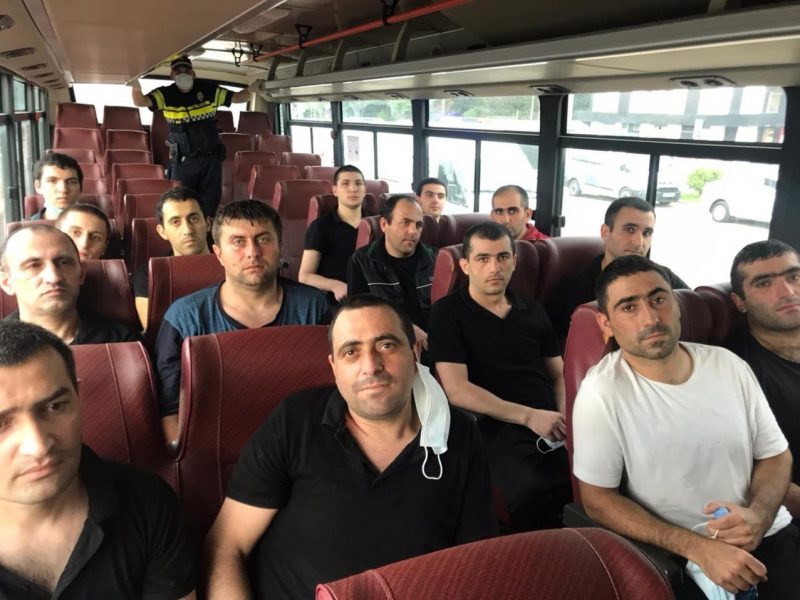 Georgian mediation obtains the release of 15 Armenian POWs by Azerbaijan

Azerbaijan on Saturday (12 June) released to Armenia 15 prisoners of war captured last year during hostilities over the disputed Nagorno-Karabakh region, under a deal mediated by Georgian Prime Minister Irakli Garibashvili and saluted by the US and the EU.

Seven Azerbaijani troops and 18 civilians have died and 110 have been wounded by mines in and near Nagorno-Karabakh since the ceasefire, the Azerbaijani government says.

Both Azerbaijani and Armenian forces planted mines during a bloody conflict in the early 1990s.

Aliyev said in May that Azerbaijan was ready for peace talks with Armenia, while Pashinyan later announced the two ex-Soviet nations were holding discussions on the delimitation and demarcation of their shared borders.