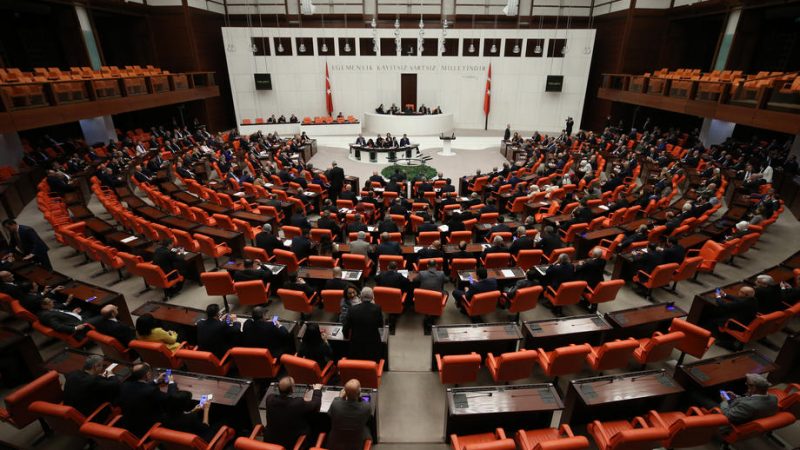 The deployment to Libya is aimed at shoring up the UN-backed government in Tripoli, which has been under sustained attack since April by military strongman General Khalifa Haftar, who is backed by Turkey’s regional rivals.

In July 1950, during the first Korean War, Turkey joined an international force dominated by the US army to help the South in its defence against Chinese-backed North Korea.

Its participation opened the way to Turkey in 1952 becoming the first Muslim-majority member of the NATO military alliance.

Turkey invaded Cyprus in 1974 in response to a coup engineered by the military regime in Athens.

The Greek Cypriot Republic of Cyprus has since controlled the southern two-thirds of the island, now a member of the European Union. Only Ankara recognises the breakaway self-declared Turkish Republic of Northern Cyprus (TRNC).

Turkey still maintains between 30,000 and 40,000 troops in the north, which is considered an occupation by the international community. Northern Cyprus does not apply Turkish laws.

The Turkish army has launched several major operations in the mountainous northern region of Iraq against bases of the outlawed Kurdistan Workers’ Party (PKK), which has waged an insurgency against the Turkish state since 1984 during which more than 40,000 people have been killed.

In October 1992 Turkey entered northern Iraq for the first time, mounting a vast air and land operation against PKK bases there.

In July 1999 about 10,000 Turkish soldiers crossed the Iraqi border and with Iraqi allies sought to oust Kurdish separatists.

In October 2011 another large-scale operation was launched against Kurdish rebel camps after Turkish soldiers were killed at the Turkey-Iraq border.

Since 2016 Turkey has launched three military operations in northern Syria, mainly to drive out the Kurdish People’s Protection Units (YPG) militia which it considers as “terrorists” because of its links with the PKK.

The first, from August 2016 to March 2017, targeted Islamic State group fighters as well as the YPG. It allowed Turkey to create a buffer zone between the different Kurdish-controlled territories in northern Syria, preventing them from uniting.

From January to March 2018 Turkish forces and their Syrian auxiliaries ousted the YPG from the town of Afrin, near the Turkish border, after a major air and ground operation.

In an October 2019 crossborder operation, Turkey seized a strip of Syrian territory about 120 kilometres long and 30 kilometres deep. Ankara says it is intended as a “safe zone” to protect against attacks and also to repatriate some of the 3.6 million Syrian refugees in Turkey.

Turkey has also notably participated in UN missions in Somalia, an international interposition force in Bosnia, and the UN peacekeeping mission in Lebanon.

It has contributed to a peacekeeping force in Kosovo and taken part in the International Security Assistance Force in Afghanistan.