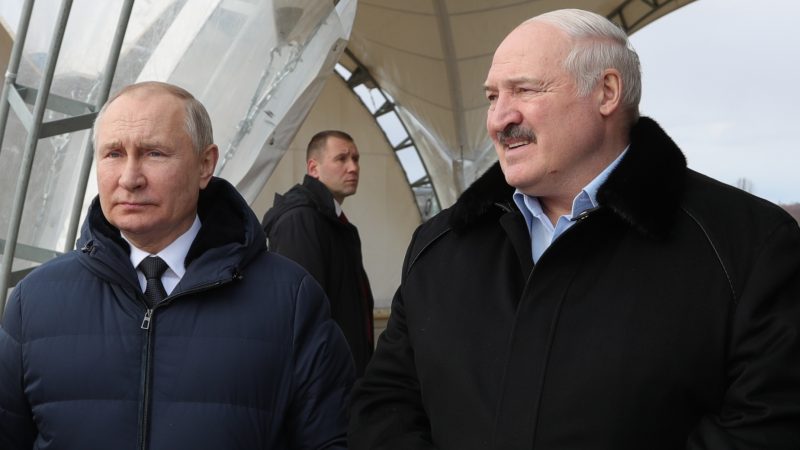 Russian President Vladimir Putin and Belarusian President Alexander Lukashenko visit a construction site of the Angara space rocket complex at the Vostochny cosmodrome outside the city of Tsiolkovsky, some 180 km north of Blagoveschensk, in the far eastern Amur region, Russia, 12 April 2022. [Kremlin pool/EPA/EFE]

The armed forces of Belarus began sudden large-scale drills on Wednesday (4 May) to test their combat readiness, the defence ministry of Ukraine’s neighbour said.

Belarus is a close ally of Russia, which invaded Ukraine in late February immediately after holding joint drills with Minsk which had allowed it to move more forces closer to the Ukrainian border. Russia calls its actions in Ukraine a “special military operation”.

“It is planned that the (combat readiness) test will involve the movement of significant numbers of military vehicles, which can slow down traffic on public roads,” the Belarusian ministry said in a statement.

The ministry said the exercise posed no threat to its neighbours or the European community in general.

Belarusian President Alexander Lukashenko spoke to his Russian counterpart Vladimir Putin on Tuesday and the two discussed the Russian operation in Ukraine, among other issues, according to official statements.

Kyiv will be ready if Belarus’s armed forces join Russia’s war effort in Ukraine, a spokesperson for the Ukrainian State Border Service said on Wednesday.

“We do not rule out that the Russian Federation could at some point use the territory of Belarus, the Armed Forces of the Republic of Belarus, against Ukraine,” said Andriy Demchenko, spokesperson for Ukraine’s State Border Service.

“Therefore, we are ready,” he said, adding that the border with Belarus had been strengthened since Russia invaded Ukraine on 24 February.

Russia launched the invasion after holding joint drills with Belarus which had allowed it to move more forces closer to the border with Ukraine.

Areas of Ukraine adjacent to Belarus came under Russian assault in the initial stage of the invasion but Russian attacks are now focused on Ukraine’s eastern and southeastern regions.

Demchenko said Ukraine had also reinforced its border with the Russia-backed region of Transnistria, where tensions have been rising since local authorities said it was subject to a series of attacks.

Ukrainian officials have expressed concern about the situation in Transnistria, officially territory of Moldova, but effectively controlled by Russia since 1990. They condemned what it said were Russian attempts to drag the region into Russia’s war against Ukraine. Moscow has also voiced concern and said it is following events in Transnistria closely. 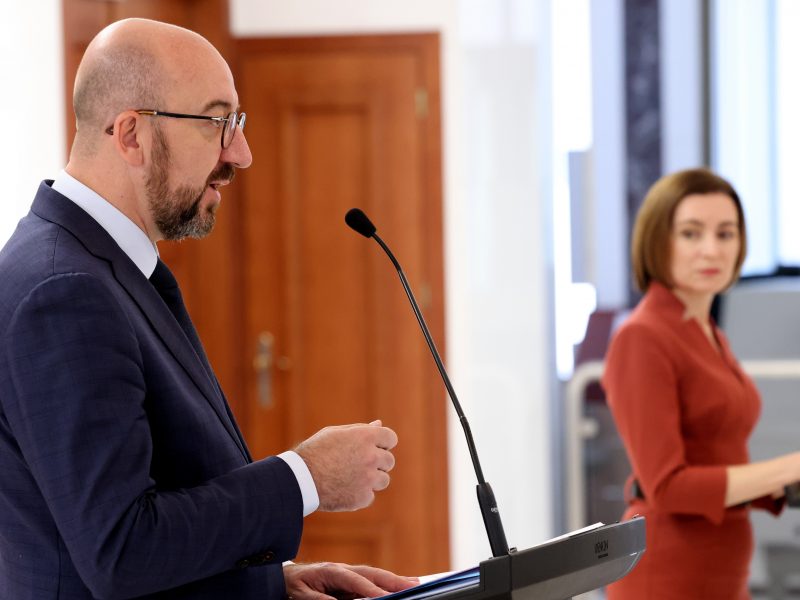 Kent Logsdon, the US ambassador to Moldova, said on Wednesday Russia’s invasion of Ukraine and what he described as its attempts to redraw the map of Europe at gunpoint were a cause of great concern around the world.

But he told a conference in Moldova that Washington had no evidence that Moscow wanted to extend the war to Moldova and said Russian President Vladimir Putin would lose the war, Moldovan media reported.