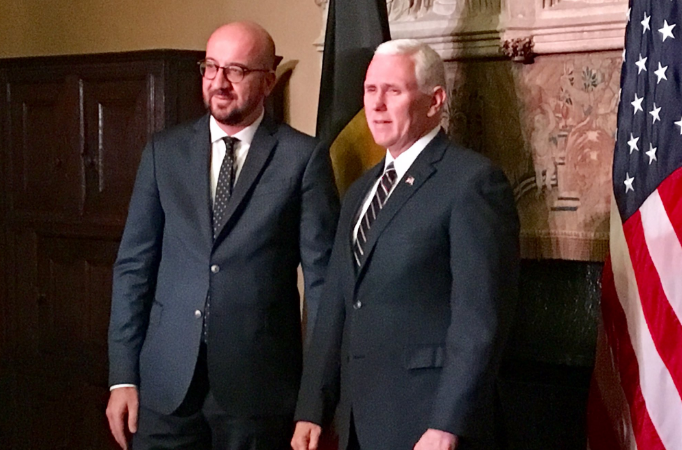 After meeting with US Vice-President Mike Pence on Sunday (19 February), the Belgian prime minister said in a veiled criticism of President Donald Trump’s comments that Belgium, like other countries, would not allow the fragmentation of the European Union.

US Vice-President Mike Pence arrived in Brussels on Sunday evening, the second stop of his European tour to reassure worried European leaders. 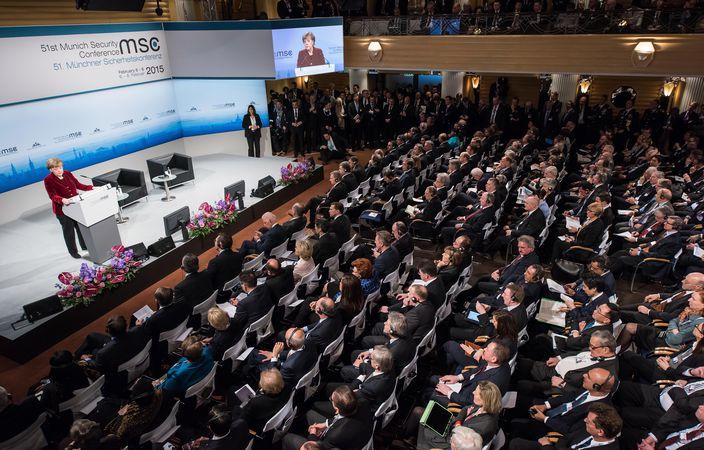 US Vice-President Mike Pence on Saturday (18 February) led a chorus of reassurance for allies rattled by Donald Trump’s policy stance, but European leaders gave the pledges a lukewarm welcome.

Belgian Prime Minister Charles Michel, along with Minister of Foreign Affairs Didier Reynders, met with Pence at the Val-Duchesse castle in Brussels.

I welcome @VP #Pence to Brussels. Belgium and USA are strong allies and face many common challenges pic.twitter.com/MVkwdCcVkB

Speaking to the press following their dinner, Michel said that the two had an “intense” and “constructive” conversation.

In Europe, “we defend more than ever strong values” like freedom of expression, tolerance, human rights, said the Belgian prime minister.

“There is no question of allowing the fragmentation of the European Union. This message has been given. I have the feeling that it has been heard,” said Michel.

Against the backdrop of Europe’s disunity over current challenges (migration, economic policy…) and the future of the union, Trump is trying to exploit its differences, in order to weaken the bloc’s influence in world affairs, to “make America great again” as he promised in his campaign.

America, Russia and China are working to weaken Europe because “if Europe unites, in the long term, it will become the most important world power”, French writer and economist Jacques Attali said in a recent interview with euractiv.com.

During the working dinner, the White House said the leaders “discussed steps to deepen the robust partnership between the United States and Belgium. The leaders agreed on the need to grow jobs, reduce the regulatory burden and maintain strong borders. They also exchanged views on global challenges including Ukraine, Turkey, Libya, Iran, and the Israeli-Palestinian conflict.”

According to a White House note, the vice-president emphasised the enduring US commitment to NATO and the leaders discussed the need for greater burden sharing to ensure NATO has the capabilities to meet 21st century threats.