Serbia’s foreign minister and a top ally of President Aleksandar Vučić has suggested a compromise to end a conflict over Kosovo, the newest independent European state, that is blocking Serbia’s hopes of European Union membership.

Serbia, where many regard Kosovo as the cradle of their nation and Orthodox Christian faith, refuses to recognise the independence of its former Southern province and has been blocking its membership in organisations including Interpol and UNESCO.

But normalisation of relations with Pristina is a key condition for Serbia to come closer to membership in the European Union, which the government has set as its priority.

In an op-ed piece published by the Vecernje Novosti daily today (14 August), Ivica Dačić suggested that delimitation between Serbs and Albanians, the largest ethnic group in Kosovo, would be a way out of what he described as Serbia’s centennial problem.

“Everyone needs a lasting solution of the Serbian-Albanian conflict which can be reached only through an agreement … where everyone will win something and lose something,” wrote Dačić, who is also First Deputy Prime Minister.

Dačić said Serbia should seek autonomy for Serb enclaves in Kosovo, a protected status for Orthodox monasteries and financial compensation for what Serbia claims as its property including industrial and energy facilities.

Kosovo Foreign Minister Enver Hoxhaj cautioned against interpreting the Serbian move as a will to seek a compromise.

“To Serbian FM Dacic: if internal dialogue isn’t about recognizing Kosovo’s independent statehood, it would be tantamount to failure. If Serbia continuously campaigns against Kosovo’s membership of international organizations, for what normalization are we talking about,” Hoxhaj wrote in Twitter.

If Serbia continuously campaigns against Kosovo's membership of international organisations, for what normalisation are we talking about 2/2

Dačić’s comments echoed a call for a nationwide dialogue over Kosovo suggested by Vučić, who is leading the Serbian team in EU-led talks to resolve differences between the two countries.

Kosovo seceded from Serbia in 2008, almost a decade after NATO intervened with air strikes to drive out Serbian forces and halt the killing and expulsion of ethnic Albanian civilians during a two-year counter-insurgency war.

Currently there are around 120,000 Serbs in Kosovo and most of them, mainly in the north, oppose the Pristina authorities.

Serbia has so far avoided formal proposals for the carve-up of Kosovo as the move would mean abandoning its title to the whole territory, which it insists on under its constitution.

Kosovo’s independence has been recognised by over 110 countries, but not by Russia and Serbia, nor by five EU members: Greece, Spain, Cyprus, Slovakia and Romania. 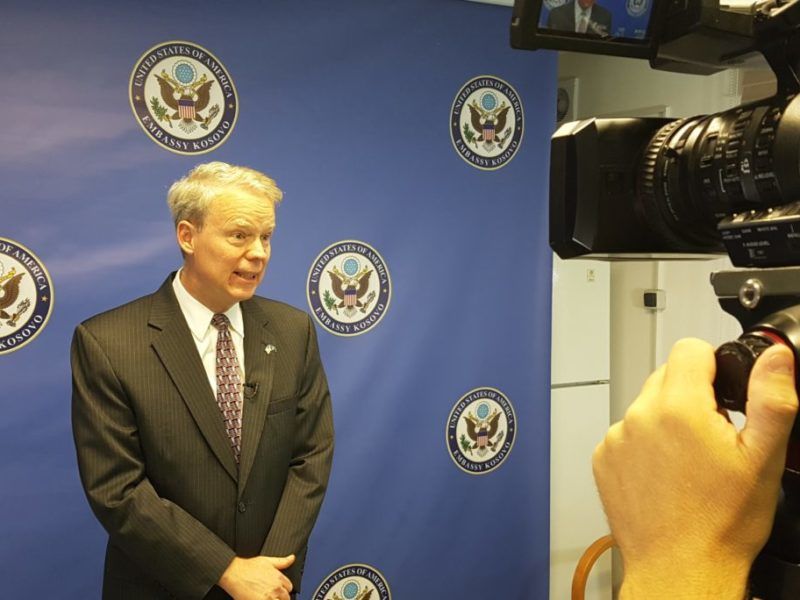 3 responses to “Belgrade seeks ‘delimitation’ for Serbs in Kosovo”