It isn't just Western feminists that are fighting for their rights. [DAUD-El Pais]

The first documented use of the word “feminism” dates back to 1837 in France, according to UN Women. Socialist thinker Charles Fourier, then used the word to describe women’s liberation in a Utopian future.

Nearly two centuries later, women and men alike continue to fight for more rights. Phenomena such as the #MeToo movement have breathed new life into the fight for rights in western countries.

But feminism is as global as the very inequality it fights.

“The #MeToo movement is more western. It has been successful in the United States, the United Kingdom, but in India not so much,” said Elsa Marie D’Silva in a Skype interview with Planeta Futuro, “this does not mean that women in India don’t denounce and struggle against sexual harassment”.

Elsa Marie D’Silva founded the platform Safecity in December 2012, (right after the gang rape and subsequent death of a 23 year old student), which allows women to report the assaults they experienced.

”We don’t have a hashtag, but we have been working on it for five years,” said D’Silva. During those five years they have already collected more than 10,000 stories in 50 Indian cities, as well as in Kenya, Cameroon and Nepal. 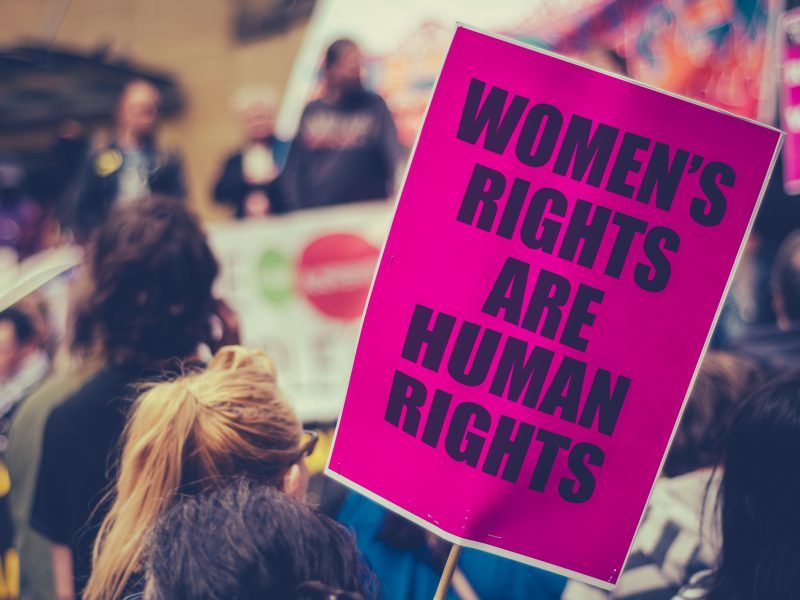 One week ahead of International Women’s Day, Ángela Vallina writes about the need for a “feminism without borders” so that we can learn from each other’s struggles and bring about meaningful change for the next generation of girls in rural areas.

According to D’Silva, there is a still a lot of work to be done in India on sexual harassment: “People here don’t understand the concept, only rape is seen as assault.”

D’Silva’s initiative is not the only one in a country with a population of 1.3 billion, where women endure all types of discrimination from child marriage to selective abortion of female foetuses.

Women regularly launch campaigns to raise awareness about the needs for safe spaces at work, to enhance the role of Indian women in history or to put an end to prejudices about menstruation, with the help of the Feminisminindia.com website.

A similar woman’s movement also had global repercussions in the South: #BringBackOurGirls. The hashtag was made in Nigeria nine days after Boko Haram kidnapped 276 girls on 14 April 2014.

It is still used, even though it has been several years since famous personalities such as Michelle Obama, Malala Yousafzai and basketball player Pau Gasol raised awareness of the campaign by using the hashtag.

Not only have several girls still not been released but more have been added to the list of those missing: 110 girls were kidnapped by the same terrorist group in Dapchi last February (another campaign #StandForDapchiGirls, was created for them).

In India, the trigger for citizens’ anger against sexual assault was rape and in Nigeria,  it was kidnapping.

In Argentina it all started with the murder of Chiara Páez, a 14 year old girl who was killed by her boyfriend who then buried her in his garden with his parents help.

That took place in April 2015 and soon after the movement #niunamenos was born, bringing together Argentine society as a whole: politicians, celebrities, and journalists. In June 2015, mass demonstrations took place calling for more measures against sexist violence in a country where a woman is killed every 30 hours because of her gender.

In South Africa, the murder of Karabo Mokoena, who was probably burned by her boyfriend, also sparked virulent debate on the Internet, the streets and social networks.

“Many women have spoken out on social networks, in editorials, or in interviews to report harassment, assault or rape,” said Daily Vox reporter Shaazia Ebrahim.

Ebrahim belives the #MeToo movement to be “important, but it has little to no impact in South Africa”. According to her, this is because campaigns such as #MeToo already exist in South Africa.

Suprisingly the #MeToo movement has found support among pilgrims to Mecca. The American-Egyptian activist Mona Eltahawy launched the #MosqueMeToo campaign last February, after Sabica Khan a Pakistani woman spoke about her harassment in Mecca on Facebook.

Khan had to delete her account but the floodgates had already been opened. Many women replied by sharing their own harassment experiences during the part of the pilgrimage called tawaf, where people walk around the Kaaba seven times.

Even if a large part of grassroots feminist initiatives have focused on sexual harassment and assault, millions of women around the world are leading the fight on other issues.

One of the most extreme forms of violence is female genital mutilation, which many women are now against. Some women show their opposition to it in their community in a low-key way, talking about it and raising awareness, all the while running the risk of rejection and persecution in their community.

Other women do so with the help of international NGOs involved in the banning of the practice.

More than 200 million women and girls have been cut in 30 countries in Africa, the Middle East and Asia, where the practice is concentrated, even though it is considered to  be “a serious violation of the human rights of girls and women” by the UN.

On the Internet, many campaigns fight against mutilation such as #StopExcision and #EndFGM. Chantal Naré, an activist in Burkina Faso, created such a campaign in 2016 with the hashtag #Bringbackourclitoris to bring light to the issue.

This is only a handful of many examples of citizens’ campaigns and movements in favour of women’s rights all around the world.

The UN, NGOs and other institutions have their own movements but sometimes it is society itself, tired of abuses and macho crimes, that takes action in neighbourhoods, communities and on social networks – when they can, since in many parts of the world complaining risks lives. Most feminist messages in developing countries go unseen in the West but this does not mean that they do not exist.