Biden butters up Europeans at G20 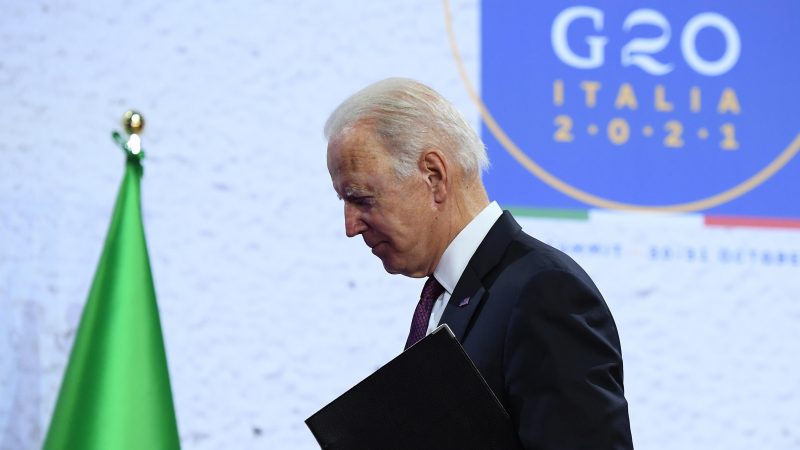 US President Joe Biden went on a charm offensive with European allies at the G20 summit in Rome, unveiling a steel deal and promising to mend ties strained to breaking point by Donald Trump.

It was a fresh start in an ancient setting: those aboard the gigantic presidential convoy — over 80 vehicles at times — glimpsed the Vatican, Colosseum and Roman Forum as they were whisked around the Eternal City to high-end meetings this weekend.

They announced the end of a trade dispute on steel which dated back to the Trump presidency and promised to work together to fight climate change and resist Chinese competition. 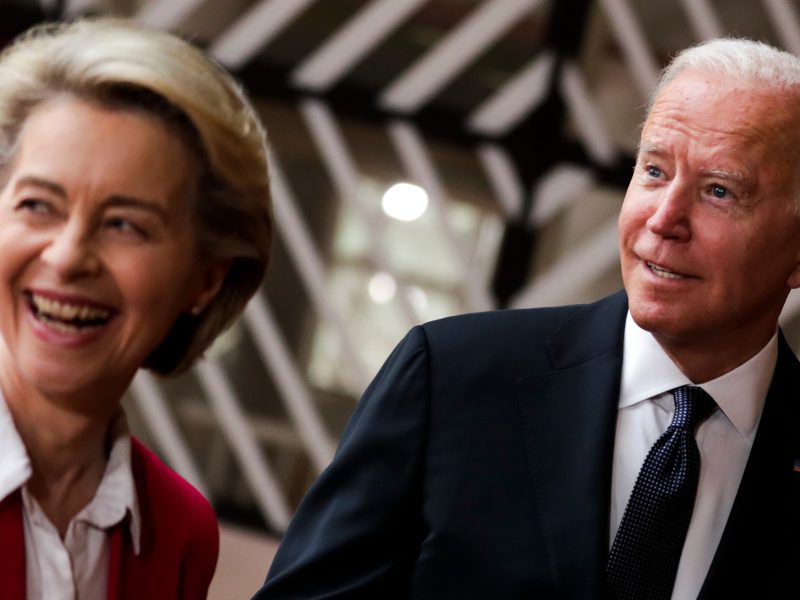 EU and US slash tariffs, start cooperating on 'green steel'

The US and EU on Sunday (31 October) agreed to end their trade dispute on steel and aluminium and announced steps to promote low-carbon steel production – a move analysts said could open the door to a new way of organising trade around climate objectives.

Biden said the “major breakthrough” was “testament to the power of our strong partnership”.

“We have restored trust and communication,” von der Leyen responded, after Trump’s “America First” policy alienated stalwart US allies across Europe and beyond.

The US president on Friday sat down for talks with Italian Prime Minister Mario Draghi and French President Emmanuel Macron.

The Democrat adopted an apologetic tone with Macron following a diplomatic crisis over a submarine deal, visiting the French embassy near the Vatican and proclaiming his “strong affection” for France.

Biden acknowledged the US had been “clumsy” in the affair, which saw it sign a deal with Australia for nuclear submarine technology at the expense of France.

Macron welcomed the efforts by the US to defuse the crisis, saying: “We clarified what we need to clarify”.

His great rivals — Chinese President Xi Jinping and Russian President Vladimir Putin — were absent from Rome, so Biden had the geopolitical limelight largely to himself.

There were fences to mend over America’s chaotic withdrawal from Afghanistan, after Biden insisted on a total pull-out of US forces — requiring European allies to follow suit.

A senior US official flagged up the chance to “make as much progress as possible while there is a (US) president in office who is deeply committed to the transatlantic relationship”.

The same official also downplayed any differences of opinion on China.

Biden has rejected talk of a new Cold War with Beijing but has adopted a hard line that is not unanimously supported in Europe.

The official insisted he had seen “strong convergence” with the Europeans “on the nature of the challenge”.

Washington has also promised to “consult closely with its allies” on a review currently underway of the US nuclear posture.

This involves the world’s leading power formalizing the circumstances under which it might use nuclear weapons, particularly if its allies were attacked.

Britain, France and Germany, along with Australia and Japan, are concerned that the US could shrink its nuclear umbrella, according to the Financial Times.

Biden and Macron issued a joint statement Friday in which they pledged “close consultations” on nuclear issues.