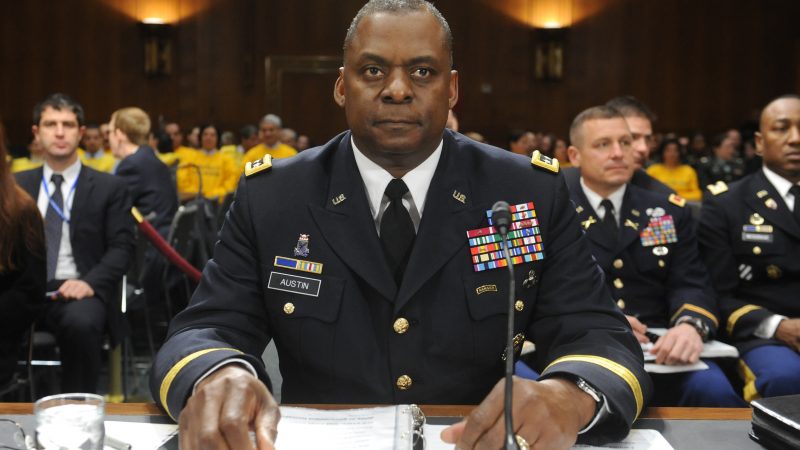 President-elect Joe Biden has chosen retired General Lloyd Austin, who oversaw US forces in the Middle East under President Barack Obama, to be his defense secretary, two people familiar with the decision said on Monday (7 December).

Austin, who would be the first Black US secretary of defense, was a surprise pick over Michele Flournoy, a former top Defense Department official who was considered the leading contender for the job. Flournoy would have been the first woman defense secretary.

Austin, who retired in 2016, will need a waiver from Congress since it has been less than the required seven years since he served. He would be the second Pentagon chief in four years to need a waiver, after President Donald Trump picked James Mattis, a retired Marine general, to be his first defense secretary.

The nomination of Austin, who headed US Central Command under Obama, could draw fire from some progressive groups given his role in retirement on the board of a number of companies, including weapons maker Raytheon Technologies Corp.

But Biden and Austin developed a working relationship during the Obama administration and the retired general has been advising the transition team on national security issues, one of the people familiar with the decision to name him said.

Biden, who takes office on 20 January, on Monday also announced key members of his health team to lead the administration’s response to the raging coronavirus pandemic.

Biden chose California Attorney General Xavier Becerra for secretary of health and human services and Dr. Rochelle Walensky, chief of infectious diseases at Massachusetts General Hospital in Boston, to run the US Centers for Disease Control and Prevention (CDC).

Dr. Anthony Fauci, director of the National Institute of Allergy and Infectious Diseases, was named as Biden’s chief medical adviser on the virus.

Biden’s first major challenge in the White House will be containing a resurgent COVID-19 virus that has killed more than 283,000 Americans, and finding ways to jump-start an economy still reeling from millions of pandemic-fueled job losses.

He installed Jeff Zients, an economic adviser known for his managerial skills, as coronavirus “czar” to oversee a response that will include an unprecedented operation to distribute hundreds of millions of doses of a new vaccine, coordinating efforts across multiple federal agencies.

“This team of world-class medical experts and public servants will be ready on Day One to mobilize every resource of the federal government to expand testing and masking,” Biden said in a statement, adding they would “oversee the safe, equitable, and free distribution of treatments and vaccines.”

Biden’s choice of Becerra, 62, a Latino former congressman, adds a politician to a health effort that otherwise largely relies on government administrators and health experts.

The choice also comes as Biden faces pressure to ensure diversity in his Cabinet appointments, including complaints from the Congressional Hispanic Caucus about the number of Latinos and from civil rights groups about the lack of Black nominees.

Biden’s decision to nominate the first Black defense secretary in Austin helps him make good on his diversity promise. It also will resonate among proponents for greater diversity in the leadership of the US armed forces, which is regularly criticized for failing to promote Black service members and whose top tier has been largely white.

Austin has not cultivated a public persona and is not seen as someone who enjoys the media spotlight. However, he is known to be a shrewd military strategist with deep knowledge of the US armed forces.

Earlier on Monday, the Democrat who leads the House Armed Services Committee, Rep. Adam Smith, had openly shown his preference for Flournoy. “I think Michelle Flournoy is hands-down the best-qualified person to do the job,” Smith said.

But David Segal, executive director of the progressive group Demand Progress, said Austin was a better choice given his role presiding over drawdowns of forces from Iraq and Afghanistan.

And while he had some concerning ties to major companies like Raytheon, they were not as broad in scope as those of Flournoy. “He doesn’t seem to have a web of entanglements that are as opaque and dense as hers,” Segal told Reuters.

Biden, a Democrat, has pressed ahead with the transition to the White House even as Trump, a Republican, refuses to concede the 3 November election and wages a foundering effort to overturn the results with unsubstantiated claims of fraud.

Dozens of Trump’s legal challenges have been rejected by the courts, the latest on Monday when judges in Detroit and Atlanta tossed bids to decertify Biden’s election victories in Michigan and Georgia. Biden won Michigan by about 154,000 votes and Georgia by about 12,000 votes.

In Georgia, Secretary of State Brad Raffensperger on Monday certified the state’s results, a statement said, after a third count confirmed Biden’s win. The Electoral College will formalize results nationwide on 14 December.

Raffensperger, a Republican, said continued debunked claims about voting fraud were “hurting our state.” Runoff elections for Georgia’s two US Senate seats, scheduled for 5 January, will determine which party controls the chamber.