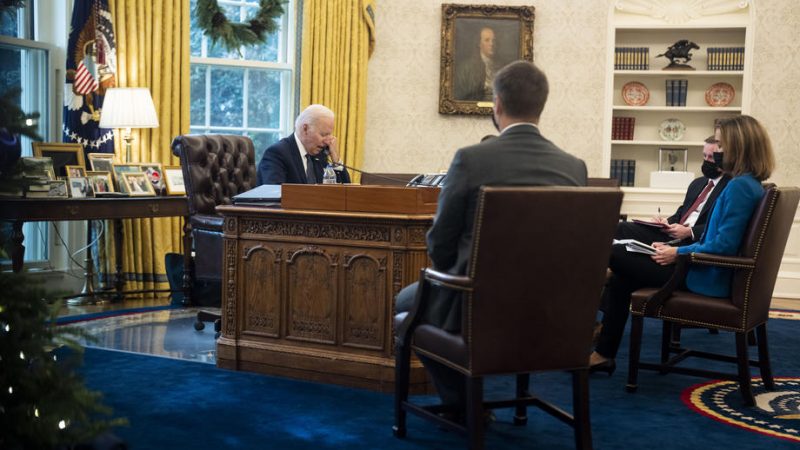 US President Joe Biden on Sunday (2 January) told Ukraine’s President Volodymyr Zelenskiy the United States and its allies will “respond decisively” if Russia further invades Ukraine, the White House said in a statement.

The call came days after Biden held a second conversation in a month with Russian President Vladimir Putin amid tensions on Russia’s border with Ukraine, where Russia has massed some 100,000 troops. 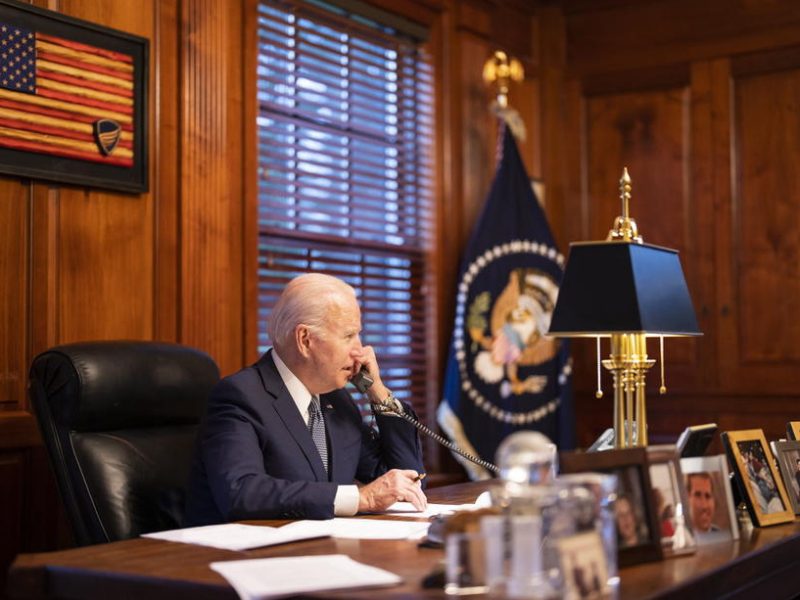 'Serious' talk between Biden and Putin sets stage for diplomacy

US President Joe Biden and Russian President Vladimir Putin on Thursday (30 December) exchanged warnings over Ukraine but conveyed some optimism that diplomatic talks in January could ease spiraling tensions.

“President Biden made clear that the United States and its allies and partners will respond decisively if Russia further invades Ukraine,” White House spokesperson Jen Psaki said in a statement following the call.

Biden and Zelenskiy discussed preparations for a series of upcoming diplomatic meetings to address the crisis, according to the White House.

Zelenskiy said on Twitter that they discussed joint actions on keeping peace in Europe and preventing further escalation.

“The first international talk of the year with @POTUS proves the special nature of our relations,” Zelenskiy tweeted. He said the joint actions of Ukraine, the United States “and partners in keeping peace in Europe, preventing further escalation, reforms, deoligarchization were discussed. We appreciate the unwavering support of Ukraine.”

Representatives from US and Russia are set to hold talks on 9-10 January in Geneva, followed by Russia-NATO Council talks and a meeting of the Organization for Security and Co-operation in Europe.

Biden has said he told Putin it was important for the Russians to take steps toward easing the crisis before those meetings.

Putin’s foreign affairs adviser told reporters last week that Putin warned Biden that pursuit of sanctions “could lead to a complete rupture of relations between out countries and Russia-West relations will be severely damaged.”

Kremlin officials have stressed they want guarantees that any future expansion of NATO must exclude Ukraine and other former Soviet countries. The Russians have demanded that the military alliance remove offensive weaponry from countries in the region.