Biden to attend Brussels NATO and EU summits on 24 March 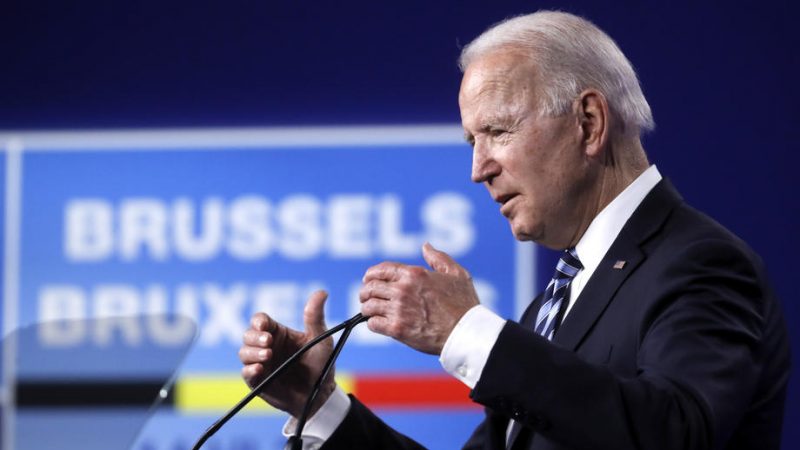 File photo. US President Joe Biden gives a press conference during a NATO summit at the North Atlantic Treaty Organization (NATO) headquarters in Brussels, Belgium, 14 June 2021, amid tensions with Russia and China. [Pool/EPA/EFE]

US President Joe Biden will make his first visit to Europe since the invasion of Ukraine to discuss the crisis with NATO allies next week, the White House said on Tuesday (15 March) as the refugee tally hit 3 million amid more Russian air strikes.

Moscow has not captured any of the 10 biggest cities in the country following its incursion that began on 24 February, the largest assault on a European state since 1945.

Local authorities said Tuesday’s bombardments on Kyiv killed at least five people as buildings were set ablaze and people were buried under rubble.

About 2,000 cars left the southern port city of Mariupol, location of the worst humanitarian crisis, the local council said.

Just over 3 million have now fled Ukraine, according to the United Nations, with over 1.8 million arriving in neighbouring Poland. Its prime minister and those of Slovenia and the Czech Republic were in Kyiv on Tuesday to show solidarity.

Russia calls its actions a “special military operation” to demilitarise and “denazify” Ukraine. President Vladimir Putin has also called its neighbour a US colony with a puppet regime and no tradition of independent statehood.

NATO leaders will meet at the military alliance’s headquarters in Brussels on 24 March for an extraordinary summit to discuss the crisis that has prompted fears of wider conflict in the West unthought-of for decades.

I have convened an extraordinary Summit on 24 March at #NATO HQ. We will address #Russia’s invasion of #Ukraine, our strong support for Ukraine, and further strengthening NATO’s deterrence & defence. At this critical time, North America & Europe must continue to stand together.

“His goal is to meet in person face-to-face and talk about and assess where we are at this point in the conflict,” she said.

Asked if Biden would also visit Poland, do something tied to Ukrainian refugees or meet with Ukrainian President Volodymyr Zelenskyy, Psaki declined to comment, saying trip details were still being worked out.

EU leaders will meet in Brussels for their regular spring summit on 24 and 25 March. A EU official confirmed that Biden will join the summit on 24 March.

Biden will announce $800 million in new security assistance to Ukraine Wednesday, a White House official said, with the announcement set to come soon after Zelenskyy addresses the US Congress.

Zelenskyy is set to renew his appeals for more aid in his virtual address to Congress early Wednesday, as some US lawmakers press the White House to take a tougher line over Russia’s invasion.

Biden had already authorized $200 million in additional military equipment to Ukraine on Saturday.

The White House official did not give details on what would be included in the $800 million of security assistance to be announced Wednesday.

But in the past year the US has provided over 600 Stinger missiles and approximately 2,600 Javelin anti-armor systems to Ukraine, along with an assortment of radar systems, helicopters, grenade launchers, guns and ammunition, and other equipment, the official said.

“The US remains by far the largest single donor of security assistance to Ukraine,” the official said.

Talks between Russia and Ukraine via a video link resumed on Tuesday. Ukrainian officials played up hopes the war could end sooner than expected, saying Moscow may be coming to terms with its failure to impose a new government by force.

In a hint of a possible compromise, Zelenskyy said Ukraine was prepared to accept security guarantees from the West that stop short of its long-term objective of joining NATO. Moscow sees any future Ukraine membership of the Western alliance as a threat and has demanded guarantees it will never join.

“If we cannot enter through open doors, then we must cooperate with the associations with which we can, which will help us, protect us … and have separate guarantees,” said Zelenskyy.

“We realized that Ukraine will not become a member of NATO. We understand this, we are reasonable people."

Kremlin spokesperson Dmitry Peskov said it was too early to predict progress in the talks. “The work is difficult, and in the current situation the very fact that (the talks) are continuing is probably positive,” he said.

The crisis is being felt in the form of spiralling energy costs in many Western countries with some heavily reliant on exports from Russia and after a US ban on imports of oil from the country.

“We will work with them to ensure regional security, support the humanitarian relief effort and stabilise global energy markets for the longer term,” said Johnson.

Fork in the road?

In Kyiv, around half of the 3.4 million residents have fled and some spend nights sheltering in metro stations.

Zelenskyy said on Tuesday that 97 children had died so far in the invasion. Hundreds of civilians have been killed.

On the Romanian border, a woman named Tanya said she had fled the southern frontline town of Mykolaiv to save her child. “Because the people that are there now are Russians, Russian soldiers, and they kill children.”

A convoy with supplies for Mariupol, where residents have been sheltering from repeated Russian bombardments and are desperate for food and water, was stuck at nearby Berdyansk, Deputy Prime Minister Iryna Vereshchuk said.

Apocalyptic scenes in #Mariupol: dead civilians are lying on the streets because it is too dangerous to bury them while some of those who are still alive are desperately trying to escape with their children even though Russia has shelled all humanitarian corridors out of the city pic.twitter.com/HN1Lb0FUdR

Fox News said a second journalist working for the cable network was killed in Ukraine in the same incident in which a Fox cameraman died when their vehicle was struck on Monday by incoming fire.

But one of Zelenskyy’s top aides predicted the war would be over by May or even within weeks as Russia had run out of fresh troops.

“We are at a fork in the road now,” Oleksiy Arestovich said in a video. He said he expected either a peace deal within one or two weeks or another Russian attempt with new reinforcements, which could prolong the conflict for another month.

At the United Nations, Russian envoy Vassily Nebenzia said Moscow would end what it calls its “special military operation” when its goals were achieved, including demilitarisation.

In Rivne in western Ukraine, officials said 19 people had been killed in a Russian air strike on a TV tower. If confirmed it would be the worst attack on a civilian target so far in the northwest where Russian ground troops have yet to tread.

More than 100 buses carrying a few thousand civilians left the besieged northeastern city of Sumy in a “safe passage” operation, the International Committee of the Red Cross said on Tuesday. They were heading towards Lubny in central Ukraine after Russians gave a green light for the evacuation.

Russia said it now controlled the Kherson region in southern Ukraine. Reuters could not independently verify the report.

The conflict has brought economic isolation upon Russia.

The United States, the European Union and Britain announced further sanctions on Tuesday, while Moscow retaliated by putting Biden and other US officials on a “stop list” that bars them from entering Russia. 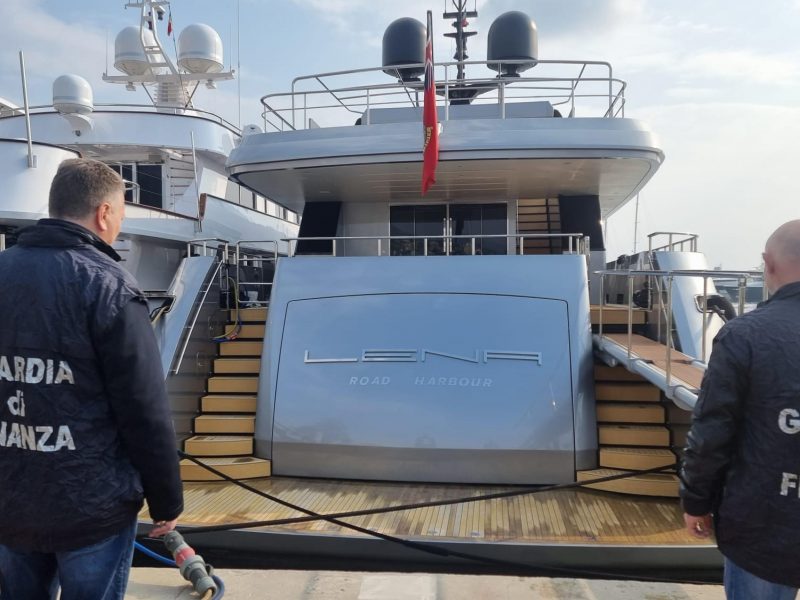 The UK government on Tuesday added more than 360 Russian oligarchs, politicians and companies to its sanctions regime, making them subject to an asset freeze and travel ban.

The latest EU sanctions include bans on energy sector investments, luxury goods exports to Moscow, and imports of steel products from Russia.