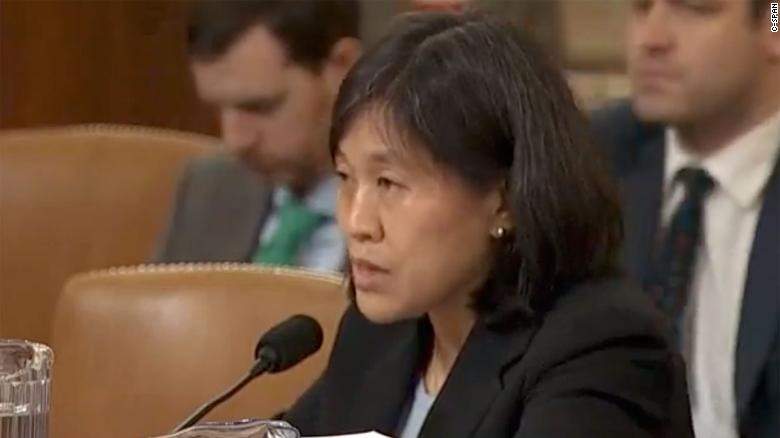 Tai will replace Robert Lighthizer as US Trade Representative (USTR) in the new administration, according to the reports citing people familiar with the matter.

President-elect Joe Biden is expected to nominate Katherine Tai as US Trade Representative, sources say. If confirmed, she would be the first woman of color to serve in the role. https://t.co/DPS7QN8RgC

The decision puts an experienced trade lawyer on the frontline of repairing relations with US trading partners that were upended by President Donald Trump’s aggressive “America first” policy, which included a damaging trade war with China.

She would be the first Asian-American and the fourth woman to serve in the cabinet-level role.

Tai, a graduate of Yale and Harvard Law, currently works as the chief trade lawyer for the House Ways and Means Committee, but previously served in the office of the USTR general counsel where she handled China trade issues.

Legislators of both parties, impressed by Tai’s work in Congress on the USMCA free trade pact with Canada and Mexico, had recommended her for the post, Politico reported.

“Tai played a critical role in securing real improvements for workers in the USMCA agreement last year,” he said on Twitter.

In addition to the China trade policy, which Biden has vowed to leave unchanged in his first months in office, Tai would oversee the USMCA, a massive dispute with the European Union over Boeing and Airbus as well as myriad other squabbles including over steel and aluminum.