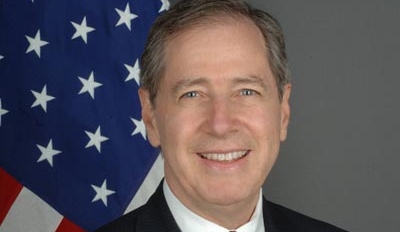 President Joe Biden has nominated former US ambassador Mark Gitenstein to serve as ambassador to the European Union, the White House said on Tuesday (27 July).

Gitenstein, US ambassador to Romania in the Obama administration, is an international lawyer and Biden Foundation board member.

He is of Romania Jewish descent, as his grandparents were immigrants from Botoșani, Romania in the late-19th century.

The US-Romanian Ballistic Missile Defense Agreement was signed and negotiated during Gitenstein’s tenure in Bucharest.

Gitenstein served as a member of the advisory committee to the Biden presidential transition earlier this year, and in 2008 he co-chaired Biden’s transition to the vice presidency, according to the White House.

He also worked for 17 years in the US Senate in various positions including counsel for the Intelligence Committee.