Blinken accuses Russia of using food as a weapon in Ukraine 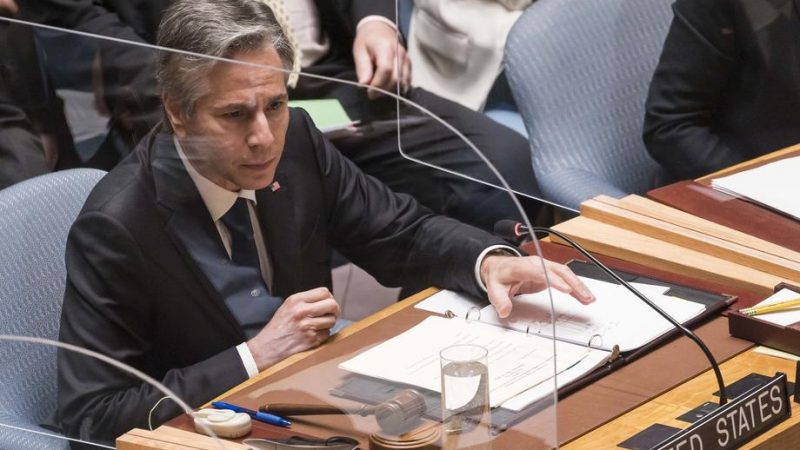 United States Secretary of State Anthony Blinken speaks during a United Nations Security Council meeting about global food security at United Nations headquarters in New York, New York, USA, 19 May 2022. The meeting was called in response to a worldwide shortage of food supplies expected to affect millions of people being caused and exacerbated by a number of factors including the continuing COIVD-19 pandemic as well as by Russia's war in Ukraine. [EPA-EFE/JUSTIN LANE]

US Secretary of State Antony Blinken accused Russia on Thursday (19 May) of using food as a weapon in Ukraine by holding “hostage” supplies for not just Ukrainians, but also millions around the world.

A senior official in Moscow later rejected the allegations, saying Russians were “not idiots” and would not export food while being subject to tough sanctions.

“The Russian government seems to think that using food as a weapon will help accomplish what its invasion has not – to break the spirit of the Ukrainian people,” he said.

“The food supply for millions of Ukrainians and millions more around the world has quite literally been held hostage.”

The war in Ukraine has caused global prices for grains, cooking oils, fuel and fertilizer to soar.

Russia and Ukraine together account for nearly a third of global wheat supplies. Ukraine is also a major exporter of corn, barley, sunflower oil and rapeseed oil, while Russia and Belarus – which has backed Moscow in its war in Ukraine – account for more than 40% of global exports of potash, a crop nutrient.

Former Russian President Dmitry Medvedev, writing on the Telegram messaging app, said Russians were skilled at producing food needed throughout the world under the right circumstances.

“Everything turns out to be illogical – on the one hand, crazy sanctions are introduced while on the other hand there are demands to supply food,” wrote Medvedev, now deputy chairman of Russia’s Security Council.

“Things don’t work like that. We are not idiots.”

“Russia knows how to do this,” he wrote. “We have all the opportunities to ensure there is food in other countries, so that there are no crises. Just don’t prevent us from working.”

Russia’s UN Ambassador, Vassily Nebenzia, dismissed as “absolutely false” any suggestion that Russia was to blame for a global food crisis that had been brewing for several years.

He accused Ukraine of holding foreign vessels in its ports and mining the waters.

“The decision to weaponize food is Moscow’s and Moscow’s alone,” Blinken said. 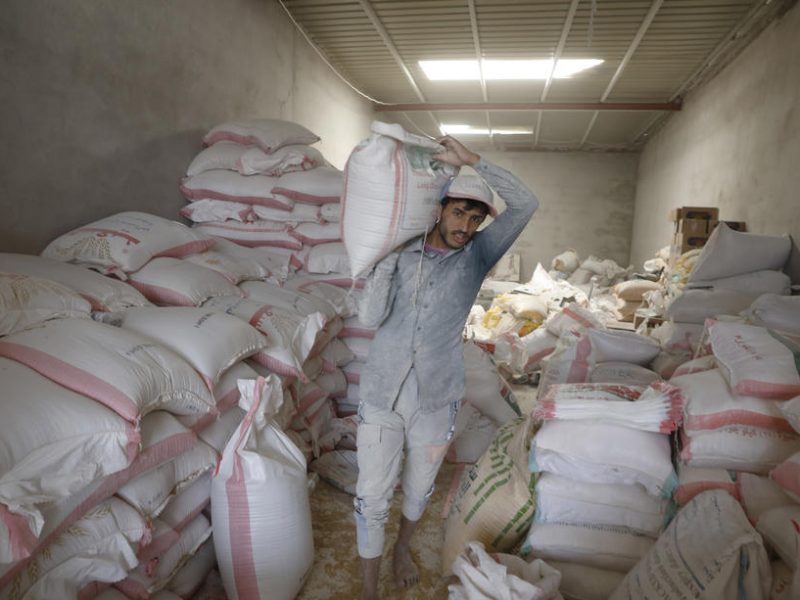 The United States supports efforts by UN Secretary-General António Guterres to get Ukrainian grain back into the international marketplace amid the war, the US ambassador to the United Nations said on Monday (16 May).