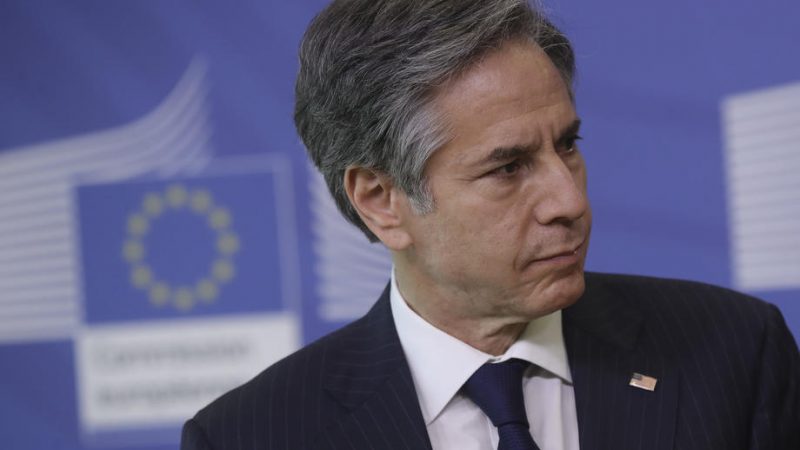 Amid rising fears of Russian military action against Ukraine, EU foreign ministers on Monday (24 January) will seek to align their response with Washington, as US Secretary of State Antony Blinken is set to join their virtual meeting.

Russia has been massing over 100,000 troops at Ukraine’s borders and moved military equipment such as fighter jets to Belarus, with the West fearing a further incursion into its pro-Western neighbour.

The Kremlin insists its forces are not there to invade the country. But US President Joe Biden has said that his guess was that the Russians would make a move, even if it were to be a “minor incursion” which would leave the West divided about its response. 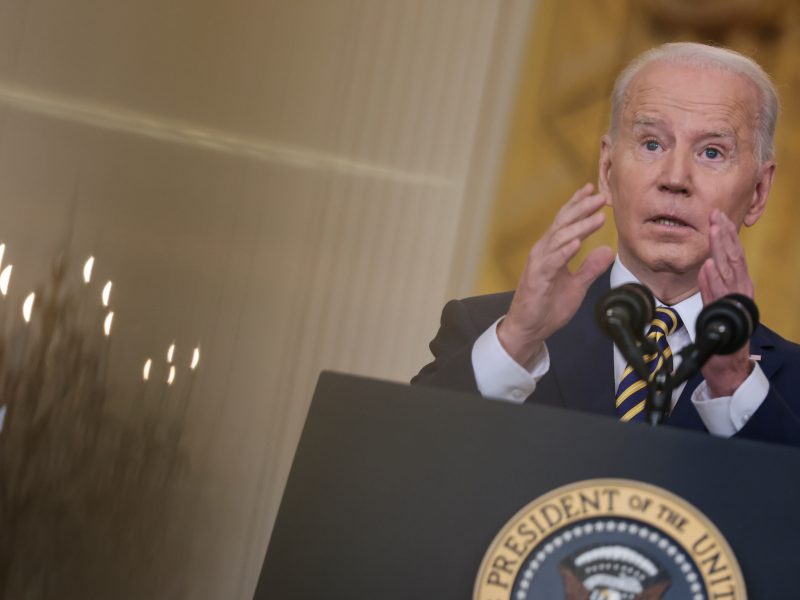 EU diplomats and officials agree unequivocally that there will be ‘one, two rough weeks ahead’.

In the past months, both the EU and US have threatened Moscow with “massive consequences” if it decides to breach Ukraine’s borders, but so far getting consensus for punitive measures among the EU27 has been a complex task.

EU foreign ministers are, however, not expected to give approval to any compiled list of sanctions on Monday, not only because Western officials had so far wanted to refrain from specifying what type of actions would trigger what type of response for credible deterrence.

One senior EU official told reporters that if decided and needed, such punitive measures could be imposed “in a matter of days”.

While oil and gas are considered as possible leverage, one EU diplomat said that opposition led by Germany appeared to have taken a proposal to sever Moscow from the global SWIFT payment system off the table.

Oil and gas are an important source of revenue for Russia, but many EU countries could not replace the Russian supplies from other sources.

Germany is expected to be criticised by some member states because of Berlin’s refusal to supply arms (and blocking NATO member Estonia to do so) to Kyiv and its hesitation over SWIFT, which Kyiv has said was “encouraging Putin”.

Such sanctions, EU officials and diplomats agree, will need to be closely coordinated with the US, UK and Canada to be maximum effective.

Blinken is set to brief EU foreign ministers on his Friday talks with Russian Foreign Minister Sergei Lavrov in Geneva, where the two sides failed to secure a major breakthrough to calm the escalating crisis, but pledged to keep talking.

Washington has committed to providing a written response this week to Moscow to its security demands that included preventing Ukraine from joining NATO and rolling back Washington’s influence in Eastern Europe, which have been branded as ‘non-starters’ by Western officials.

In Brussels, it’s not only about the mediation of a conflict somewhere in Eastern Europe, but about the EU asserting itself, an ambition that so far has not worked well despite the bloc’s first shiny new military strategy being in the works.

The flurry of Western talks with Russia has left some in the EU concerned the bloc has been left out in the current crisis.

Nevertheless, several  EU member states frown at a proposal from French President Emmanuel Macron that the bloc should pursue its own, separate security talks with Russia. 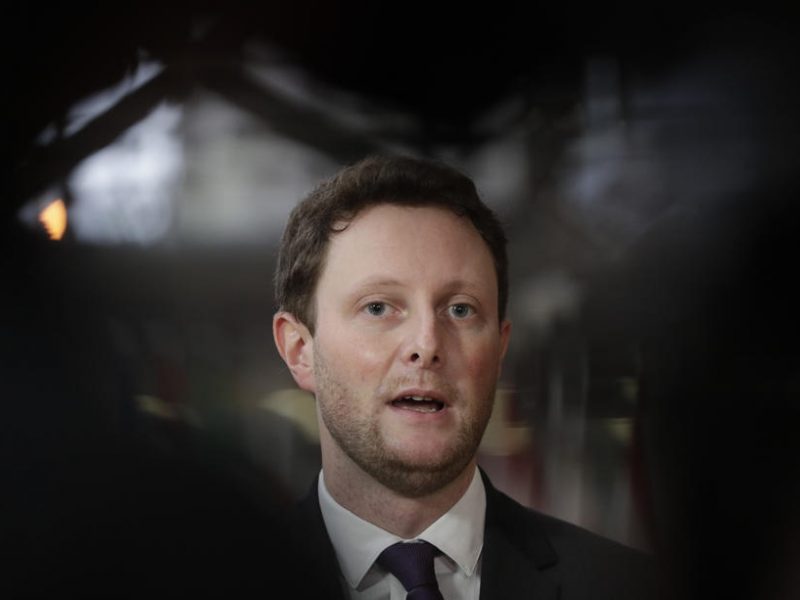 France keen on EU-Russia talks but against Western 'division'

France is pushing for direct EU-Russia security talks in addition to an ongoing dialogue between the United States and Moscow, France’s Europe minister said Sunday (23 January), while warning against divisions in the Western alliance.

According to draft conclusions previewed to reporters, EU foreign will state that the EU will also “actively and substantially contribute to discussions within the existing frameworks”.

At the same time, political advisers from Russia, Ukraine, France and Germany will hold Normandy format talks on eastern Ukraine in Paris likely on Wednesday (26 January).

The four-way peace talks are aimed at helping end a long-running conflict in eastern Ukraine between Ukrainian government forces and pro-Russian separatists but have so far only produced meagre results.

Nervousness on the rise

Washington over the weekend had also issued a travel advisory warning Americans citizens to avoid all travel to Russia due to the situation “along the border with Ukraine” warning they could face “harassment”.

It also has ordered the families of its diplomats to leave Ukraine, authorising on Sunday the “voluntary” departure of non-essential embassy staff and urging its citizens in the Eastern European country to “consider departing now” ahead of any possible Russian military action.

The actions would not resemble an Afghanistan-style evacuation operation ‘since there is no need for it’ and “in no way undermine our support for or commitment to Ukraine,” a senior State Department official told reporters.

“We’re prepared either way,” Blinken said on CNN’s State of the Union programme.

“Basically, at this point, the choice is Vladimir Putin’s,” he added.

The majority of European countries, however,  has so far not ramped up its travel advice for Ukraine, will only some suggesting its citizens to be vigilant.

“Despite Russia beefing up its troops on Ukraine’s borders, there are no indicators suggesting that the Kremlin has already decided to attack,” Ukraine’s foreign minister Dmytro Kuleba said in an emailed statement on Sunday.

“This being the case, we should be heavily focusing on diplomacy – the longer diplomats talk, the better,” he said. 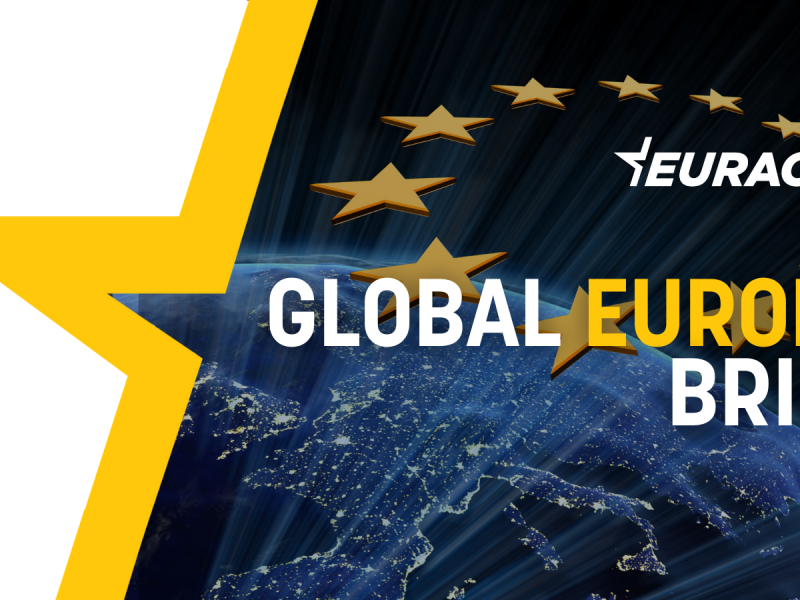 Over the weekend, Ukraine’s top diplomat had accused Germany of “undermining unity” and “encouraging Vladimir Putin” by refusing to supply weapons to Kyiv amid heightened fears of a possible Russian invasion.

On Saturday (22 January), German Defence Minister Christine Lambrecht told Die Welt that Berlin will send a field hospital to Ukraine in February, but rejects the delivery of arms.

“Weapons deliveries would not be helpful at the moment — that is the consensus in the federal government,” Lambrecht said in the interview.

Ukraine had requested that Germany provide 100,000 helmets and protective vests while also asking Berlin to rethink its position on arms deliveries.

A number of NATO members has meanwhile announced provisions of weapons to help Ukraine defend itself.

Estonia, Latvia, and Lithuania announced that they would provide anti-armour and anti-aircraft missiles to Ukraine in a weapons transfer approved by the United States.

The UK earlier delivered light anti-tank weapons to Kyiv, and other NATO members such as the Czech Republic are mulling provisions to Ukraine.

On Saturday, Germany’s navy chief stepped down following comments made during a trip to India. He elicited criticism when he said Russian President Vladimir Putin deserved respect and Kyiv would never win back annexed Crimea from Moscow.

“We have no doubts that our partners are committed to supporting Ukraine as Russia continues its military build-up along the border, spreads massive disinformation, launches cyber-attacks, and undermines the situation in Ukraine from within,” Kuleba said the emailed statements.

“Our allies are proving this not only with words but also with deeds, including by providing Ukraine with more military support and coordinating their diplomatic efforts,” he added.

He also pointed towards the US’s decision to provide Ukraine with a new package of military support worth USD 200 million, which ‘serves as a sign of transatlantic unity’.

“While our partners are deliberating on comprehensive countermeasures, the Russian leadership must not be led to believe that the West will hesitate to impose the toughest sanctions,” he added, also in reference to Kyiv’s expectation to include Nord Stream 2 in such a set punitive measure.

“The West, not Russia, should play the Nord Stream 2 card, but this requires firm and consistent action,” Kuleba said.