Borrell says EU can ‘do more’ to aid Libya polls 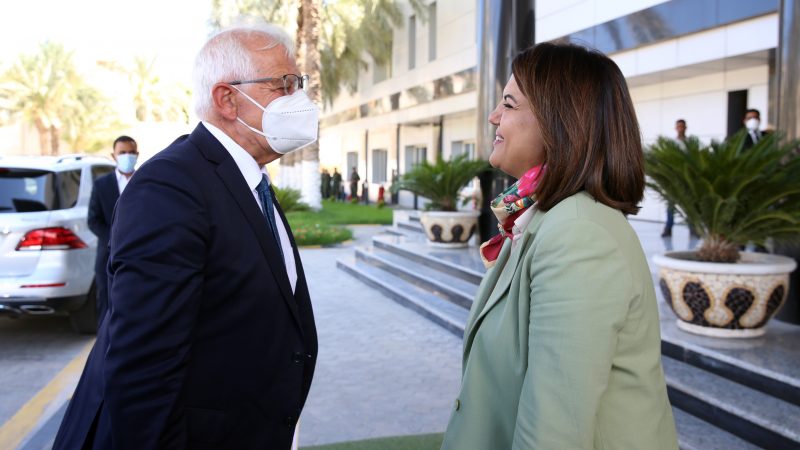 But “there is no time to lose to approve the necessary legislation, go to the parliament, and start the necessary preparations” for the 24 December vote, Borrell said at a news conference with Libyan Foreign Minister Najla al-Mangoush.

Good to meet @MOFALibyaTIP Minister Mangoush in Tripoli.
Libya has achieved much progress over the past year – ceasefire, unified political institutions & a roadmap to elections in December. Now it’s time to consolidate this progress.

In Libya today to discuss how EU can support pic.twitter.com/zSI2444F5d

Borrell singled out “reform of the security area” as one field where Brussels could help, following its disintegration and replacement with a patchwork of militias and armed groups since the toppling of dictator Muammar Gaddafi in 2011.

But after eastern strongman Khalifa Haftar’s forces were routed from the country’s west last year, the two camps signed a ceasefire in Geneva in October and an interim government was established earlier this year to lead Libya towards polls.

The lack of a constitutional framework, however, has called the vote into question as tensions resurface.

Mangoush last month refused to rule out delaying the elections if parliament took too long to pass the necessary legislation.

While hailing “much progress” over the past year, Borrell warned that “time is flying” in which to put the rules in place, with only 105 days remaining.

“Now it is time to implement and consolidate this progress,” he said.

We stand ready to help the Libyan government on the security sector reform, including through @EUBAMLibya. Also discussed ways to increase cooperation with @EUNAVFOR_MED, the only presence monitoring the respect of the arms embargo and illicit oil exports. pic.twitter.com/2Qe67HryZP