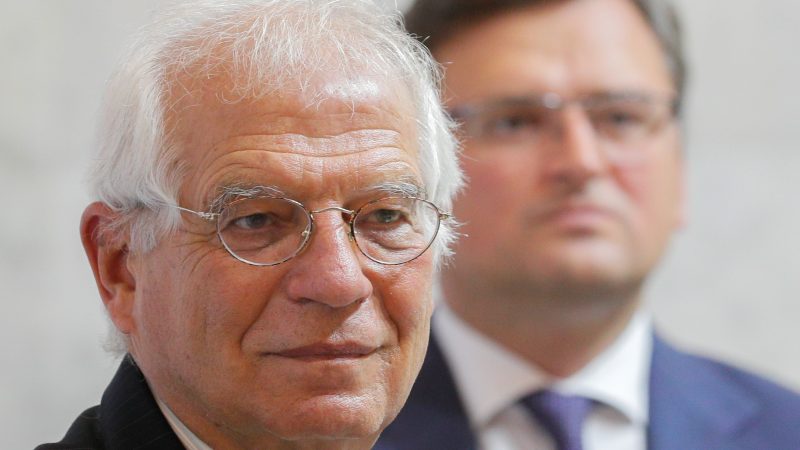 EU foreign policy chief Josep Borrell arrived in Ukraine Tuesday (4 January) in a show of support for Kyiv, as the West warns Russia against launching any attacks on its ex-Soviet neighbour.

The visit comes after months of tensions, with the West threatening Moscow with a massive coordinated sanctions response if it invades Ukraine.

“With Russia’s increased military build-up, I am here to show EU support for Ukraine’s sovereignty and territorial integrity,” Borrell said on Twitter.

My first visit in 2022 is to Stanytsya Luhanska and Kyiv, #Ukraine.

With Russia’s increased military build-up, I am here to show EU support for Ukraine’s sovereignty and territorial integrity and to support sustained reform efforts that are key for resilience.@EUDelegationUA pic.twitter.com/SymF8CZAMU

The US and its allies have accused Russia of planning an invasion after massing some 100,000 troops near Ukraine’s border.

High-ranking officials from the United States and Russia are set to hold two days of talks in Geneva on the crisis starting Sunday after the Kremlin issued a raft of demands to Washington.

Brussels fears it is being sidelined as the US and Russia discuss the balance of power in Europe, with Borrell insisting that “any discussion about European security must happen in coordination with and participation of EU”.

Ukraine’s foreign ministry said in a statement that his visit “aims to confirm the support of our state from the EU against the background of the aggressive actions of Russia.”

During his two-day trip, Borrell will visit the frontline of Kyiv’s conflict with pro-Russia rebels in the east of the country.

It will be the first visit of an EU foreign policy chief to eastern Ukraine since war broke out in 2014, the foreign ministry said.

Kyiv said Borrell will hold talks with his Ukrainian counterpart Dmytro Kuleba on “deterring Russia from further aggression, including through tough economic sanctions.”

Moscow insists that US-led military alliance NATO must rule out granting membership for ex-Soviet Ukraine and roll back its forces near Russia’s border.

The US has rejected what it calls a bid by Moscow to dictate the future of independent allies and threatened Moscow with “severe costs” if it launches a fresh incursion of Ukraine. 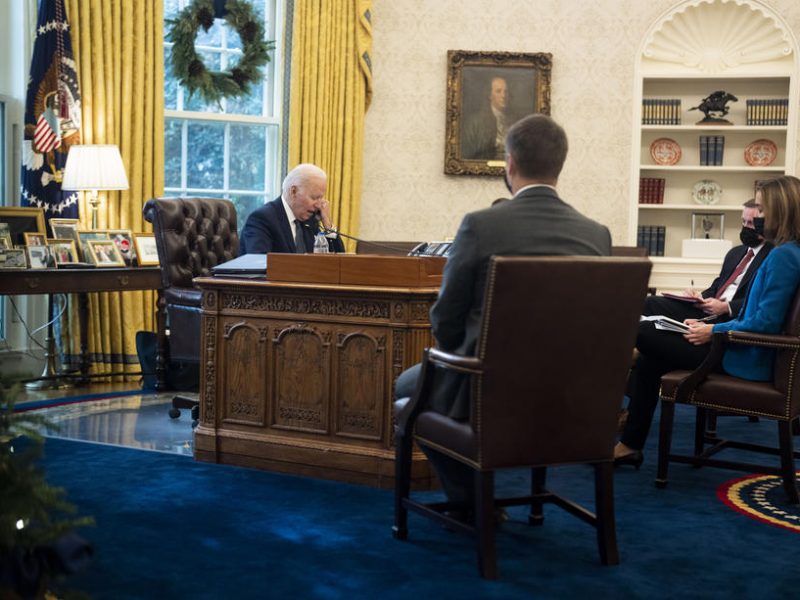 US President Joe Biden on Sunday (2 January) told Ukraine’s President Volodymyr Zelenskiy the United States and its allies will “respond decisively” if Russia further invades Ukraine, the White House said in a statement.

President Joe Biden’s administration has sought to assure European allies that it will act in concert with them, dismissing suggestions that it could seek a Cold War-style agreement that affects Europe without its participation.

Secretary of State Antony Blinken on Monday spoke jointly by telephone with the foreign ministers of nine eastern EU members, known as “the Bucharest Nine”.

Blinken “stressed the US commitment to continued close consultation and coordination with all of our transatlantic allies and partners as we work toward de-escalation through deterrence, defense and dialogue,” State Department spokesman Ned Price said.

The conflict in eastern Ukraine erupted after Moscow annexed Kyiv’s Crimea peninsula in 2014 and has since claimed more than 13,000 lives.