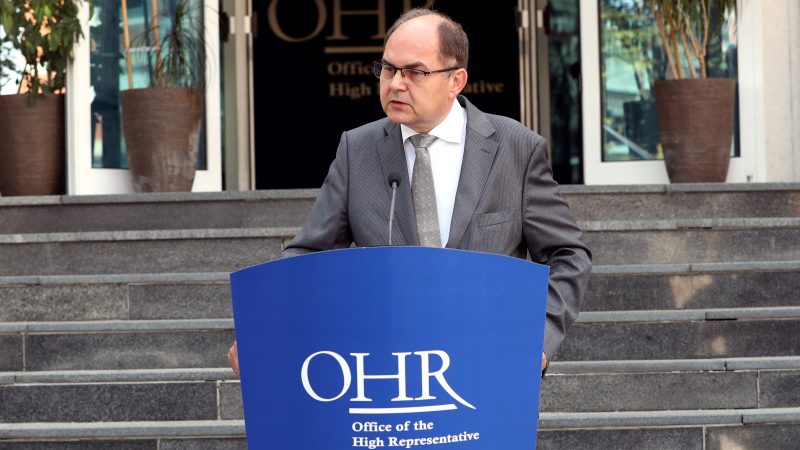 German politician Christian Schmidt on Monday (2 August) took over as the top international envoy in Bosnia despite opposition from Russia and Bosnian Serbs who consider him “illegal” and say they won’t work with him. 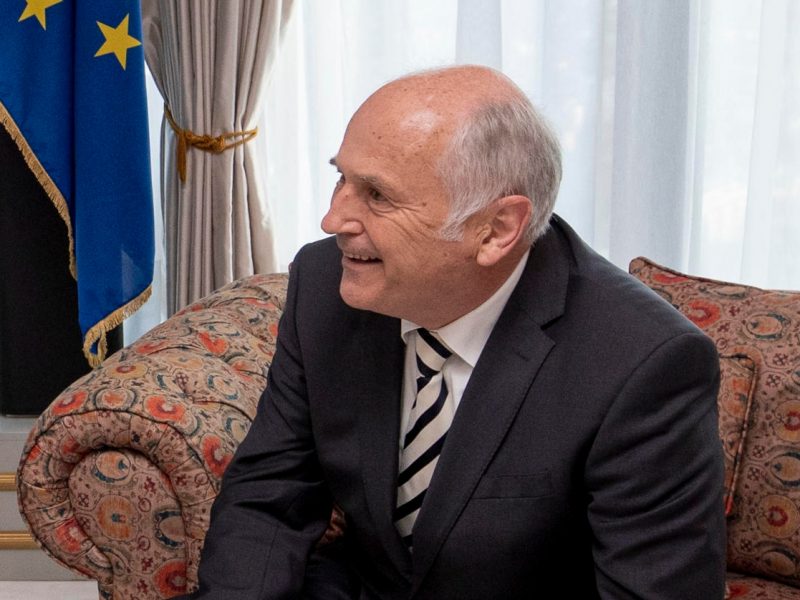 Bosnia’s outgoing international peace overseer decreed amendments to its criminal code on Friday (23 July) to allow jail terms for the denial of the 1995 Srebrenica genocide, a frequently expressed view among nationalist Serbs.

The 1995 massacre of more than 8,000 Muslim men and boys by Bosnian Serb forces, a few months before Bosnia’s war ended, has been deemed genocide by a number of international judicial verdicts.

But Serb leaders usually deny the atrocity amounted to genocide, instead calling it a “great crime”.

The main role of the UN representative in Bosnia is to oversee the implementation of the peace deal that ended the Balkan country’s 1992-1995 war between its Croats, Muslims and Serbs.

The official also has various executive powers, including to impose laws and sack elected officials.

“Bosnia and Herzegovina must be put back on the political agenda of the international community and the European Union,” Schmidt said during his inaugural speech on Monday.

“I am very optimistic about the ability of the international community, Europeans, Americans and all other countries of the world to work together to achieve this.”

Regularly shaken by inter-ethnic disputes, Bosnia aspires to join the EU but has yet to obtain official candidate status.

Bosnian Serbs are close allies of Moscow and oppose the country’s accession to NATO.

Schmidt enjoys the support of the main Western nations, but Russia protested when the Peace Implementation Council, an international body independent of the United Nations, appointed him in May.

Russia believes his appointment should have been approved by the UN Security Council, which gave the green light when Inzko was named in 2009.

Moscow proposed a draft resolution to the Security Council, co-sponsored by Beijing, under which the Office of the High Representative in Bosnia would close in July 2022.

The draft was rejected.

“We will not cooperate with him (Schmidt) and we will not implement his decisions,” Dodik told local media Sunday.

The Bosnian Serb political leader said he would not attend a meeting between the presidency and Schmidt, due Tuesday.

The new top international envoy did not comment on Bosnian Serbs’ views about him.