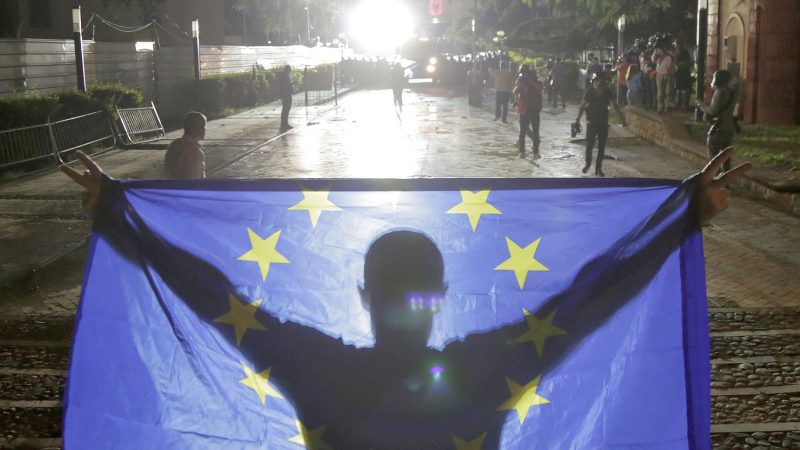 A supporter of the opposition stands with the EU flag outside the parliament building during a protest in Tirana, Albania, 08 June 2019. [EPA-EFE/MALTON DIBRA]

The recent local elections in Albania have further undermined the chances that the country will advance on its road towards EU membership.

Since February, the political scene of EU hopeful Albania has been in deep crisis and marred by protests. On Sunday (30 June), the government decided to hold the local elections even though the opposition boycotted them.

The EU Council is expected to make a decision on whether to open accession talks with Albania in October in line with the Commission’s recommendation. But events like Sunday’s ballot only reinforce the conviction of some European states about Albania’s inability to meet the accession criteria.

“We saw evidence that voters were pressured by all political sides. This, along with polarized media focusing on the political crisis rather than providing impartial information about candidates, kept some voters from making free and informed choices,“ commented Ambassador Audrey Glover, head of the ODIHR election observation mission. ODIHR, the Office for Democratic Institutions and Human Rights, is the specialised body of the Organization for Security and Cooperation in Europe (OSCE) dealing with the ‘human dimension’ of security.

She added that “the absence of the major opposition parties from the election considerably limited the choice of candidates for voters.“

The ODIHR mission has two months to gather evidence of electoral fraud or misconduct.

The political landscape in Albania is characterized by a deepening rift between the governing Socialist Party (SP) of PM Edi Rama and opposition Democratic Party (DP) of Lulzim Basha together with the Social Movement for Integration (SMI).

In February, the DP and SMI withdrew from the parliament and announced they would not return until Rama resigns. The Prime Minister rejected their demands and the DP organised several protests, marked by occasional violence in the streets and vandalism. 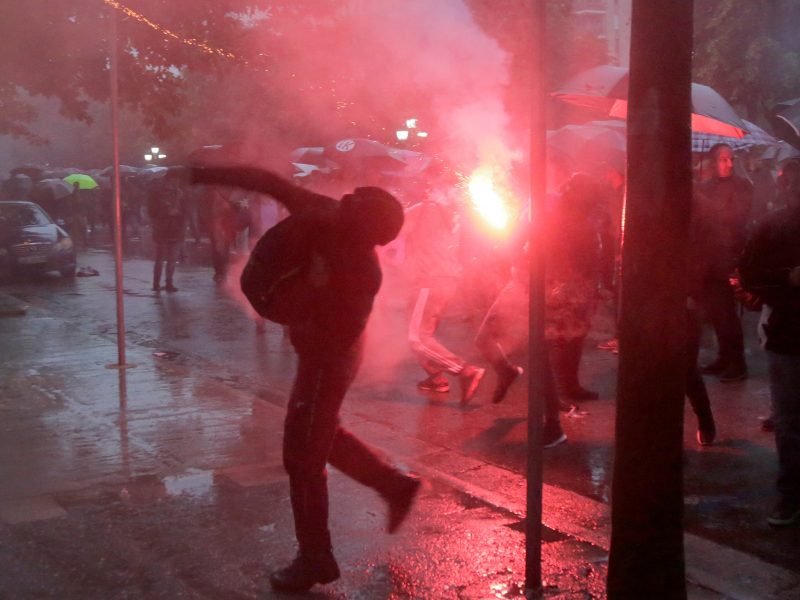 The election day was generally peaceful, but the national turnout was a meagre 21.6%.

As many times in the past, the EU called for dialogue.

“Both government and opposition have to demonstrate political maturity and urgently engage in constructive dialogue to overcome the current political situation. All Albanian Institutions and political leaders should now concentrate their efforts on the continued implementation of reform process. We trust that any differing views about the electoral process can be addressed soon by the competent institutions in Albania,” Maja Kocijančič, Spokesperson for EU Foreign Affairs and Security Policy, told EURACTIV.

EU Ambassador to Albania, Luigi Soreca added: “It is also time to move forward with the rule of law reforms. The fight against corruption should continue on a daily basis. Prosecution offices should investigate any form of alleged corruption, including electoral offences and vote-buying, in application of existing legislation.”

Rama blamed the opposition for its unwillingness to start a dialogue, despite his request.

Opposition leader Lulzim Basha, in turn, accused the prime minister of corruption and links with organised crime. He described the election as “unconstitutional” and “a tragic parody of democracy. It’s a one-party vote, controlled by one party. For us, this vote is nil,” he said.

President Ilir Meta appealed on leaders to “calm down and start a dialogue”.

The role of media

But the campaign has been dominated by inflammatory rhetoric. Former President Sali Berisha described the prime minister as “a political cadaver that has not yet been cremated”.

Meanwhile, Rama frequently refers to the DP head as “Pinocchio” and the SMI leader as “the fortune-teller”,” said the final report of the election observation mission.

The media only amplified such messages. Due to uncertain labour conditions, journalists are vulnerable to pressure and self-censorship.

The practice used by the main political parties and public officials of providing the media with authorised footage from official and campaign events, while restricting media access to the events, limited voters’ ability to obtain objective information, the report said.

The prospect of Albania joining the EU remains a distant one.

French President Emmanuel Macron said on Monday (1 July) that he will halt any further enlargement of the bloc before deep reforms are made to the way the current EU functions institutionally.

“Albania is not ready to join the European Union, but we are ready to start the accession talks. We need to prepare; we need to modernise and fight against the corruption and organized crime,” said Edi Rama.

….The #EU 🇪🇺will continue to fully support #Albania 🇦🇱 and its citizens, who strongly believe in the European future of their country.#EUforAlbania🇪🇺🇦🇱

In the meantime, the Dutch government’s request to the European Commission to suspend Albania’s visa liberalisation agreement has been rejected. The Dutch parliament had voted in June to make the request, after lawmakers insisted the visa-free regime benefits organised crime.