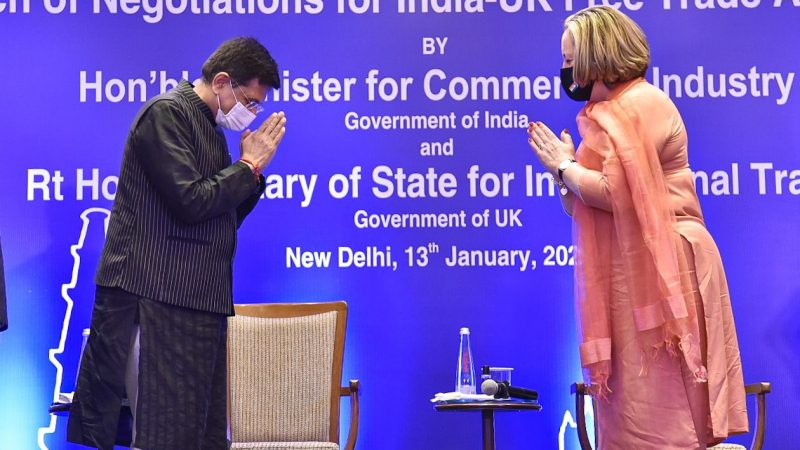 Britain has made a deal with India one of its post-Brexit priorities as, free from the European Union’s common trade policy, ministers look to gear trade policy towards faster-growing economies around the Indo-Pacific region.

Meeting in New Delhi on Thursday, Indian trade minister Piyush Goyal and his British counterpart Anne-Marie Trevelyan said they would also launch an “early harvest” or a limited-scope interim trade agreement in the next few months, before finalising the free trade agreement. 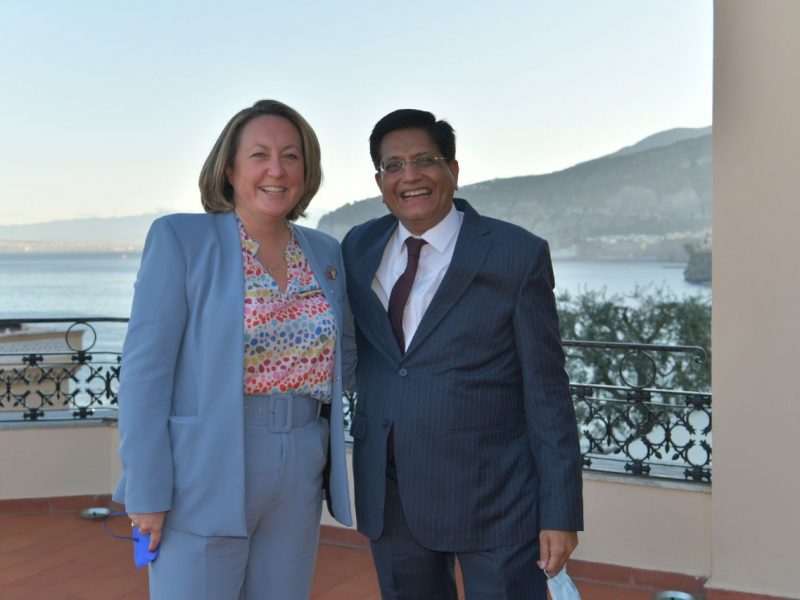 Britain and India will on Thursday (13 January) formally launch free trade agreement talks in New Delhi, seeking freer movement of goods and people with a deal projected to increase bilateral trade by billions of pounds.

“This is an opportunity that we must seize to steer our partnership along the track of mutual prosperity for the decades to come,” Trevelyan said.

Britain said the deal could almost double British exports to India, and by 2035 boost total trade by 28 billion pounds ($38.3 billion) per year. Total trade in 2019 was worth 23 billion pounds, according to British statistics.

India is seeking greater opportunities for Indians to live and work in Britain, and any trade deal could be contingent on relaxing rules and lowering fees for Indian students and professionals going to Britain.

However, Goyal said that sensitive issues will not be a roadblock as both countries will not make them a necessary condition for the trade deal.

“Nothing is necessarily a deal-breaker in this agreement,” Goyal said.

“And I will not think there is any way for anybody to worry about issues which are sensitive to any country, because both sides have agreed that sensitive issues are not our priority,” he added.

Ministers want to tap into the wealth of India’s middle classes and their taste for premium British products like Scotch Whisky. They also hope India can become a big customer of its green technology industry, and that existing service sector trade routes can be strengthened.