An undated combo handout photo made available by the British London Metropolitan Police (MPS) showing Alexander Petrov (R) and Ruslan Boshirov (L). The MPS reported on 5 September 2018 that they have charged two suspects, both Russian nationals, Alexander Petrov and Ruslan Boshirov, - in relation to the attack on Sergei Skripal and his daughter Yulia who were found unconscious on a bench in Salisbury city centre southern England, on 4 March 2018, after being poisoned by a Novichok nerve agent. [Handout photo/EPA/EFE]

Britain charged two Russians in absentia on Wednesday (5 September) with the attempted murder of a former Russian spy and his daughter, and said the suspects were military intelligence officers almost certainly acting on orders from high up in the Russian state.

British police revealed images of the two men they said had flown to Britain for a weekend in March to kill former spy Sergei Skripal with Novichok, a military-grade nerve agent.

Skripal’s daughter Yulia and a police officer who attended the scene also fell ill in the case, which has caused the biggest East-West diplomatic expulsions since the Cold War. A woman later died from Novichok poisoning after her partner found a counterfeit perfume bottle which police believe had been used to smuggle the nerve agent into Britain. 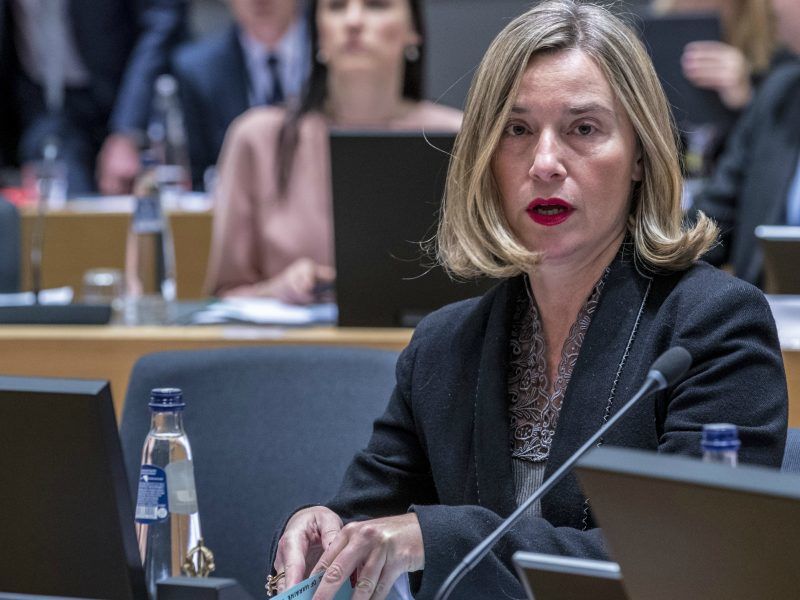 British authorities identified the suspects as Russian nationals travelling on genuine passports under the aliases Alexander Petrov and Ruslan Boshirov. Prime Minister Theresa May told parliament the government had concluded they were officers in Russia’s military intelligence service, the GRU.

“The GRU is a highly disciplined organisation with a well-established chain of command, so this was not a rogue operation,” May said. “It was almost certainly also approved outside the GRU at a senior level of the Russian state.”

NEW – How the UK knows the Russian GRU carried out the Skripal assassination attempt – https://t.co/F742ZINvyc

Skripal, himself a former GRU officer who betrayed dozens of agents to Britain’s MI6 foreign spy service, was found unconscious with Yulia on a public bench in the southern English city of Salisbury on 4 March. 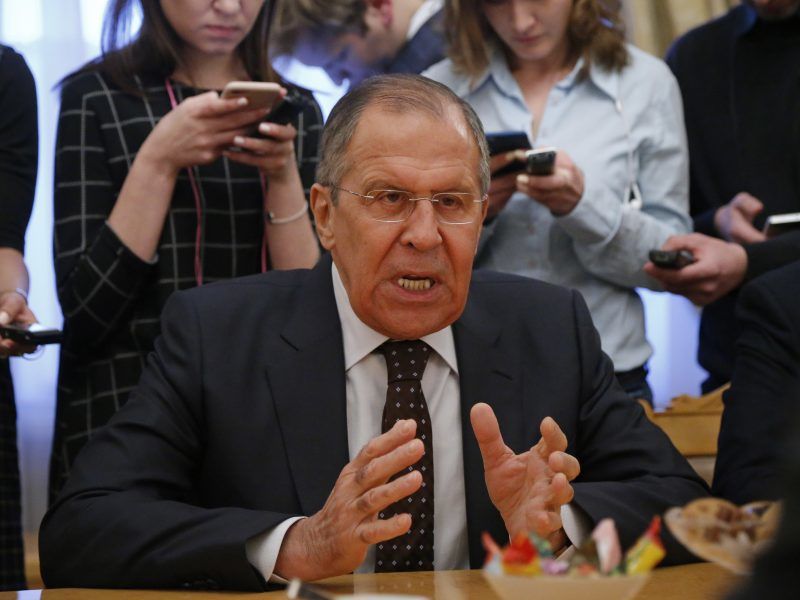 Police released security camera images of the two suspects and outlined a three-day mission that took them from Moscow to London to Salisbury, where they sprayed poison on Skripal’s door before flying back to Moscow hours later.

The Russian chargé d’affaires in London was summoned to the Foreign Office to be told Britain wanted those responsible to be brought to justice. However Moscow, which has repeatedly denied any involvement in the attack, said the names meant nothing.

“We have heard or seen two names, these names mean nothing to me personally,” Kremlin aide Yuri Ushakov told reporters in Moscow. “I don’t understand why this was done and what sort of signal the British side is sending.”

“Russia has nothing to do with what happened. We’re seeing this as a provocation.” Russia reacts to naming of suspects behind #Skripal poisoning https://t.co/pPP4xAeH2V pic.twitter.com/rqZRAcAkeD

Britain and dozens of other countries have kicked out scores of Russian diplomats over the incident, and Moscow has responded tit-for-tat with an identical number of expulsions. The affair has worsened Russian relations with the West, already under strain over Ukraine, Syria and other issues. 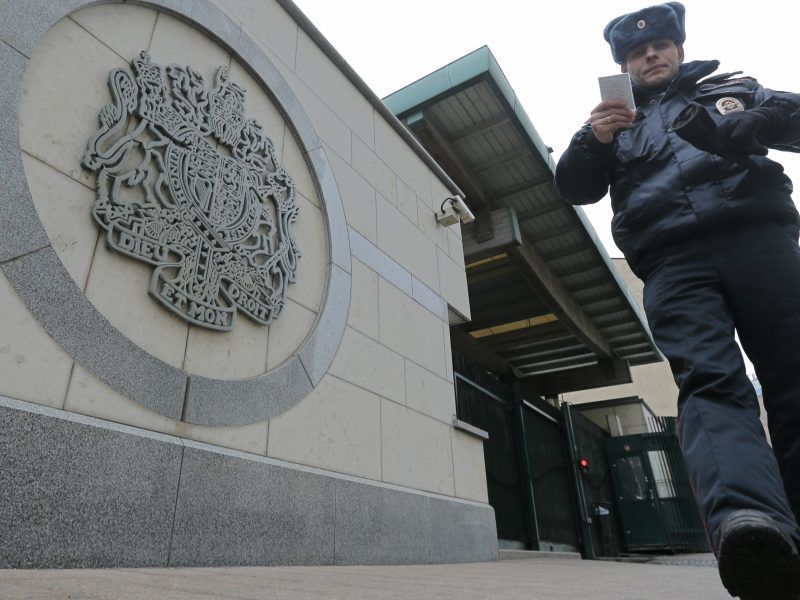 May’s spokesman said May had briefed U.S. President Donald Trump on Tuesday evening. US Ambassador to Britain Woody Johnson said on Twitter the United States stood with Britain in holding Russia accountable for its “act of aggression”. Britain will update the U.N. Security Council at a meeting on Thursday.

The “remarkably sophisticated” attack appeared to be a clear assassination attempt, said Neil Basu, head of UK counter terrorism policing. He described an investigation which involved 250 detectives and analysis of some 11,000 hours of video.

According to police, the suspects, both around 40 years old, flew to London from Moscow on 2 March. They spent two nights in an east London hotel, making two day trips to Salisbury, the first for reconnaissance, the second to kill Skripal. They flew out on 4 March, hours after the Skripals were found unconscious.

My @Guardian piece on the journey made by #GRU assassins, Alexander Petrov and Ruslan Boshirov, from #Moscow to the UK and back. Featuring a bespoke perfume bottle "made in France" and an insouciant murder plot that misfired #Skripal #novichok https://t.co/wTaauqLp11

Security cameras filmed the suspects near Skripal’s house, and traces of Novichok were found in their London hotel room.

The Russians were charged with conspiracy to murder Sergei Skripal and with the attempted murder of Skripal, his daughter and police officer Nick Bailey. They are also charged with illegal use and possession of a chemical weapon.

A European arrest warrant has been issued for them, but prosecutors said Britain would not ask Moscow to extradite Russian citizens because Russia’s constitution forbids it.

Basu said the Skripals were making a good recovery.

A woman near Salisbury, Dawn Sturgess, died in July and her partner Charlie Rowley fell ill after Rowley found a counterfeit bottle of Nina Ricci perfume in a charity collection box and brought it home. It contained Novichok. Basu said police had no doubt the events were linked, and were discussing charges over the Sturgess and Rowley case with prosecutors.

The Skripal case has been likened by British politicians to the murder of Russian dissident ex-spy Alexander Litvinenko, who was poisoned with a rare radioactive isotope in a London hotel in 2006. Britain charged two Russians with his murder but both remain in Russia, and one later won a seat in parliament.

May said the Litvinenko case showed there was no point to demanding the Skripal suspects’ extradition. “But should either of these individuals ever again travel outside Russia, we will take every possible step to detain them, to extradite them and to bring them to face justice here in the United Kingdom.”

Back in March, #Russia's state TV theorized that a spray perfume bottle would be a good delivery mechanism for #Novichok. ©️
Just another coincidence, I suppose. #Skripal pic.twitter.com/kXhHKjGwY2