EU officials on Wednesday (17 April) accused Brunei of “rude” and “abusive” lobbying against a resolution condemning the Muslim-majority sultanate for imposing the death penalty for gay sex and adultery.

Brunei has drawn global condemnation from the United Nations, governments and celebrities for Islamic laws introduced on 3 April that also punish rape with death and theft with amputation. 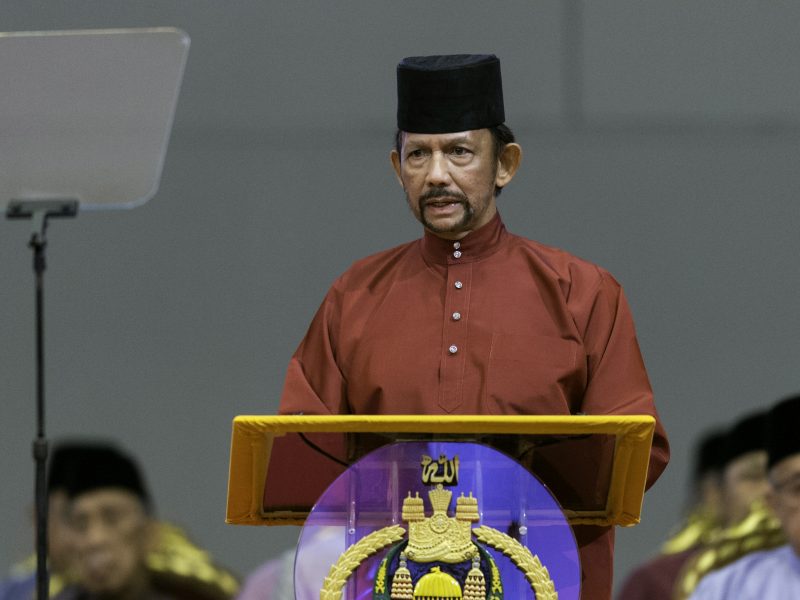 Brunei on Wednesday (3 April) introduced harsh new sharia laws, including death by stoning for adultery and gay sex, despite a storm of global criticism from politicians, celebrities and rights groups.

On Thursday members of the European Parliament (MEPs) will vote on a resolution that “strongly condemns” the laws, which allow for sodomy to be punished by stoning to death.

Ahead of the vote, a Brunei official visited MEPs’ offices unannounced with a letter defending the Southeast Asian nation’s strengthening of Sharia laws and asked for meetings.

“It’s a bit rude to be honest and a bit pushy,” Bastien Valtille, who works for French MEP Pascal Durand, told the Thomson Reuters Foundation. “If we had known before what was inside the letter we wouldn’t have even accepted it.”

Brunei said in the letter to MEPs it “does not criminalise nor has any intention to victimise a person’s status based on sexual orientation or belief including same-sex relations”.

“The criminalisation of adultery and sodomy is to safeguard the sanctity of family lineage and marriage of individual Muslims particularly women,” it said.

Officials at Brunei’s embassy to the EU referred a request to comment to Naqib Adnan, the diplomatic mission’s second secretary. Adnan declined to comment when reached by phone.

A draft of the European Parliament resolution, which staff said was likely to be adopted on Thursday, “strongly condemns the entry into force of the retrograde Sharia Penal Code; (and) urges the Bruneian authorities to immediately repeal it.”

It calls on the EU to consider asset freezes and visa bans if the laws are implemented, and to blacklist nine hotels owned the Brunei Investment Agency, including The Dorchester in London and The Beverley Hills Hotel in Los Angeles.