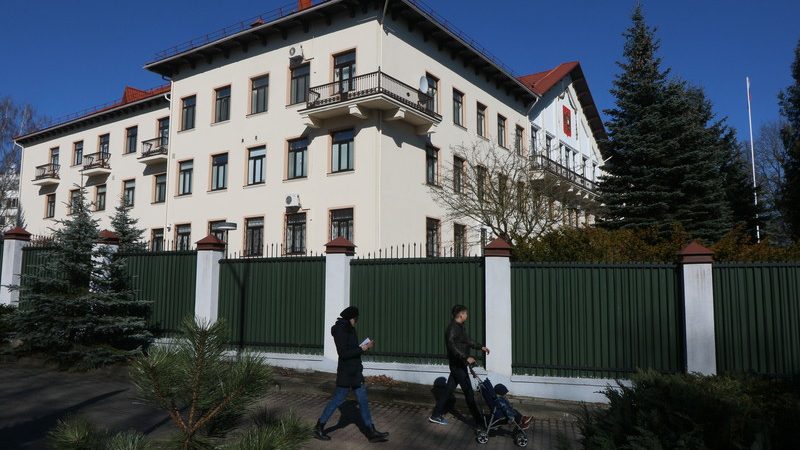 Bulgaria has expelled 10 Russian diplomats while Latvia, Estonia, and Lithuania have banished another 10 between them, their foreign ministries said on Friday (18 March), citing non-diplomatic activities and the spreading of Russian military propaganda.

Among the three Baltic states, Lithuania expelled four diplomats while Latvia and Estonia expelled three each, in a coordinated move “in connection with activities that are contrary to their diplomatic status and taking into account ongoing Russian aggression in Ukraine”, Latvian Foreign Minister Edgars Rinkevics tweeted.

Estonia’s foreign ministry said in a statement it had expelled diplomats because they “directly and actively undermined Estonia’s security and spread propaganda justifying Russia’s military action”.

Lithuania said its expulsions were made “in solidarity with Ukraine”.

The Bulgarian government’s expulsion of 10 Russian diplomats in one go is an unprecedented political decision. In the last three years, the country has expelled a total of 11 other Russian diplomats, but each time in connection with criminal espionage proceedings, with the prosecutor’s office taking the initiative. Now there have been no such proceedings.

The government’s decision coincided with the visit to Sofia of US Secretary of Defense Lloyd Austin.

“At the suggestion of the competent authorities of the Republic of Bulgaria, in coordination with Prime Minister Kiril Petkov, Bulgaria today declared 10 Russian diplomats accredited in our country persona non grata, giving them 72 hours to leave the country,” the Bulgarian foreign ministry said.

“According to the information from the competent authorities, the said employees of the Embassy of the Russian Federation in Bulgaria have carried out on the territory of Bulgaria activities incompatible with the Vienna Convention on Diplomatic Relations,” the ministry said. In other words, the diplomats are expelled for espionage.

Russia usually responds in kind, by kicking out the same number of diplomats from the respective countries. “All ungrounded expulsions of Russian diplomats will be met with an appropriate answer,” said Maria Zakharova, spokesperson for the Russian foreign ministry.

This tit-for-tat, however, can be tricky. A Russian embassy in any capital in Eastern Europe has more than a hundred diplomats, while the embassies of the East European countries usually have only a couple of dozen diplomats in Moscow.